Sarah Ferguson, the Duchess of York, is a popular figure in the Royal Family, despite no longer officially being part of it since her divorce from Prince Andrew in 1996. Since striking out on her own, Fergie, as she is known to fans, has turned her hand to several business opportunities, including writing and fronting Weight Watchers. Her hard work has given her a comfortable fortune, which has added to the sizeable sums she received in the event of her divorce. So, how much is Sarah Ferguson worth, and how did she make her fortune?

Sarah Ferguson net worth: How much did Duchess of York get in divorce from Prince Andrew?

Senior sources told The Sunday Telegraph that the settlement included £500,000 provided by the Queen for a new house.

According to reports, the agreement also included Prince Andrew paying his daughters’ private school and university fees, as well as a modest monthly allowance which was thought to have been based on the Duke of York’s salary as a Royal Navy officer.

Sarah also earned £2.2 million from her autobiography, The Telegraph added. 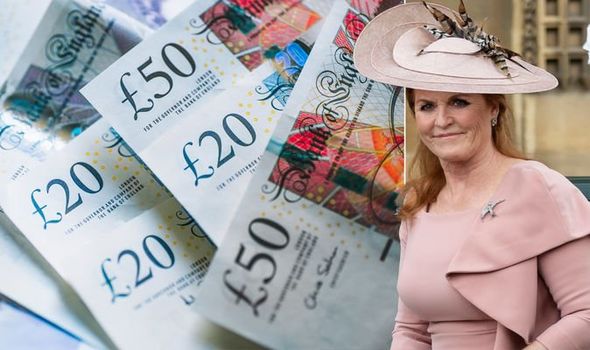 In addition to her work as an author and media personality, Sarah devotes lots of time to charity.

She regularly posts about initiatives she is involved in on Instagram – as well as gushing images of her children and former husband.

Most recently, Fergie was seen attending the royal wedding of Lady Gabriella Windsor – when will she next be spotted in public?

Many royals are set to make a public appearance on June 8 for Trooping the Colour.

Trooping the Colour marks the official birthday of Queen Elizabeth II and the event has celebrated the British Sovereign for more than 260 years. 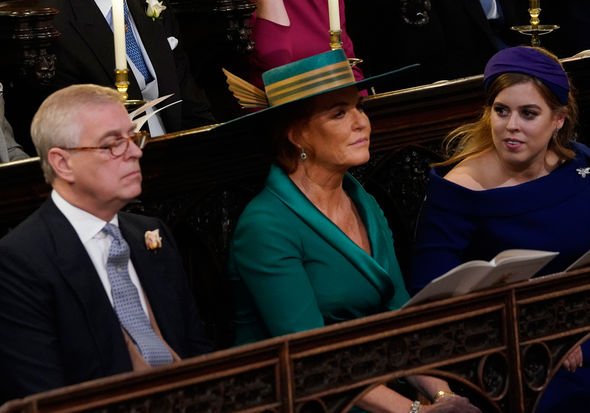 Trooping the Colour is one of the staple events of the year and is attended by all of the royals and is only missed for exceptional circumstances. However, Sarah Ferguson will not be there, as she is no longer part of the official Royal Family.

She may, however, be seen at Ascot Races, an event she has attended in the past.

Royal Ascot begins on the 18th June, and is usually attended by many senior royals, including the Duchess of Cambridge and Sophie, Countess of Wessex.

After Royal Ascot, Wimbledon tennis begins – and again this is a popular event with the Royal Family.

For royal fans who can’t wait for these events to catch a glimpse of Sarah, there is always her Instagram and Twitter accounts, on which she is very active.