Prime Minister Scott Morrison has announced a strengthening of self-isolation regulations for Australians returning home, who will now be quarantined in hotels in the city they arrive in.

"By no later than midnight on Saturday, states and territories will be quarantining all arrivals in hotel and other accommodation facilities for two weeks," he said. 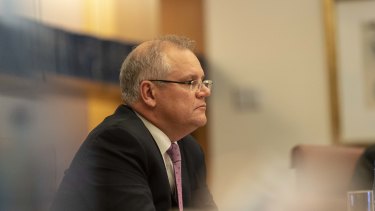 "We will be turning out the Defence Force to support these arrangements," Mr Morrison said.

"The ADF will be there to put boots on the ground to support the enforcement effort."

The Prime Minister said the national cabinet decided to take the further action "targeted at what is our greatest area of concern".

"Two-thirds of the cases we currently have is from an Australian who has come home," he said. "It's our biggest issue, our biggest number of cases relates to this."

Chief Medical Officer Brendan Murphy said Australia was still seeing significant numbers of returned travellers with the virus developing an infection and in many cases passing it on to their families.

"So, the Australian Health Protection Principal Committee yesterday recommended to governments that the single most important thing we can do is completely stop the capacity for any returning traveller transmitting the virus."

Australians arriving home currently have to fill out an isolation declaration card for declaring where they are going to isolate, with contact details, which is enforceable by law with "strong penalties for those who don't comply".