Renée Zellweger and Ant Anstead make out on the beach

Renée Zellweger and Ant Anstead had their first public date night, with the British car aficionado taking the Oscar-winning actress as his plus-one to Radford Motors’ gala at the Lyon Air Museum in California on Saturday.

Anstead, who is part of a group helping to revive the Radford Motors brand,  was on hand for the unveiling of the new Lotus Type 62-2 race car.

Although the luxury wheels were meant to be the spotlight of the evening, it was Anstead and Zellweger who stole the show. Anstead, 42, shared multiple photos from the event on his Instagram story in which the “Judy” star couldn’t contain her massive smile.

The couple posed for photos, which happen to be his first Instagram pictures with 52-year-old Zellweger, with friends and other gala attendees, who coincidentally included Tarek El Moussa and his fiancée, Heather Rae Young.

Anstead’s romance with Zellweger comes after he finalized his divorce from Christina Haack, who was first married to El Moussa.

Rumors of the reality star and Hollywood icon’s romance first began to swirl in late June, just days after her finalized his divorce from Haack. The couple reportedly met while filming an episode of Anstead’s upcoming Discovery+ series “Celebrity IOU Joyride.” 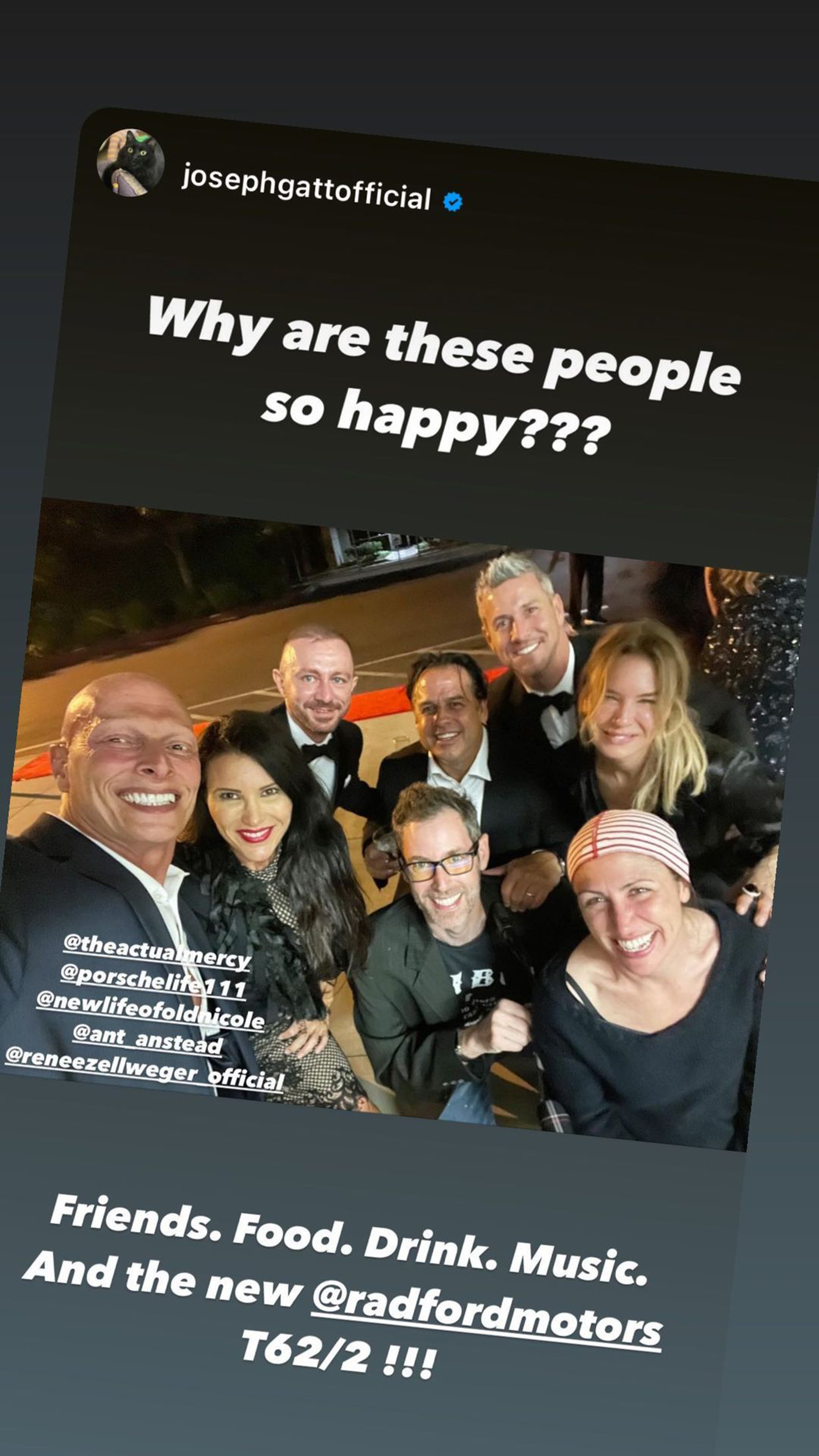 The first photos of the couple emerged about a week later.

Since July, the pair have been packing on the PDA for all to see. While running errands the couple could be seen kissing and holding hands, and while taking a stroll on the beach the duo fully made out in front of the paparazzi cameras.

The “Jerry Maguire” star and British TV host’s relationship appears to be serious, as she’s already met his son Hudson.