The stage three tax cuts supported by both the Coalition and Labor will cost $22 billion more than forecast, adding to pressure on a federal budget that is expected to remain in deficit for the rest of the decade.

Costings by the independent Parliamentary Budget Office for the Australian Greens show the cuts – which start in mid-2024 and deliver major tax relief to higher-income earners – are on track to cost $37 billion annually by the early 2030s. 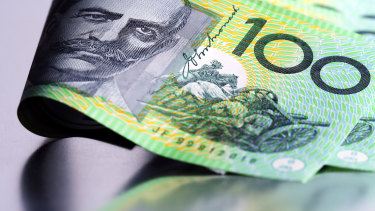 The cost of the Coalition’s stage three tax cuts, supported by Labor, has blown out by $22 billion since last year.Credit:Louie Douvis

The stage three cuts were legislated by then treasurer Scott Morrison in 2018 as part of a long-term overhaul of the tax system.

Lower-income earners were provided with support first, including through the creation of the low- and middle-income tax offset that was increased as part of this year’s budget. The offset will end this financial year.

Greens leader Adam Bandt said the sheer scale of the tax cuts meant they would weigh on the budget, and future taxpayers, for years.

“This is a recipe for austerity and Labor and Liberal’s tax cuts for the wealthy mean cuts to services
for everyone else,” he said. 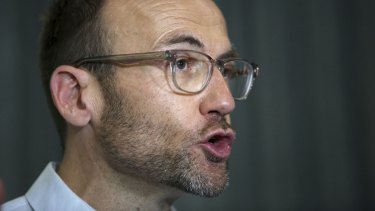 Greens leader Adam Bandt says the increasing cost of the stage three tax cuts means austerity for the rest of the country.Credit:James Alcock

“For what Liberal and Labor are prepared to hand over to the wealthy, we could get dental and mental health into Medicare, build 1 million affordable homes and wipe student debt.”

“The Greens will fight the Liberal and Labor push to dismantle Australia’s progressive tax system and replace it with a ‘flat tax’ nightmare.”

The overall strength of the economy and the jobs market has pushed up the number of people benefiting from the planned tax cuts.

At their debate last week, Treasurer Josh Frydenberg and his Labor counterpart, Jim Chalmers, said they were both committed to keeping taxes and overall costs lower on ordinary workers.

The budget office cautioned that its estimates around the cost of the tax cuts were sensitive to future growth in incomes and workforce participation. It also noted people may change their work habits depending on changes to marginal and average tax rates.

The cost of government debt, now at $886 billion, continues to escalate.

The March budget assumed the interest cost on government debt at 2.2 per cent. Of the long-term debt sold since the budget, the average interest rate has been above 3 per cent.

Cut through the noise of the federal election campaign with news, views and expert analysis from Jacqueline Maley. Sign up to our Australia Votes 2022 newsletter here.