The Duke of Cambridge has ‘condemned’ the ‘horrendous’ attack that killed at least six park rangers on Sunday in an ambush on Africa’s oldest national park – adding they should be ‘honoured not attacked.’

The rangers were killed as they guarded endangered species in Democratic Republic of Congo’s Virunga National Park, a sanctuary for endangered mountain gorillas that is also home to dozens of armed groups.

Prince William, 39, who is president of United for Wildlife, has since spoken of the dangers the rangers are often faced with.

‘The horrendous attack on staff at the Virunga National Park is abhorrent and I condemn the actions of those responsible in the strongest terms,’ he said on Monday night, according to The Telegraph. 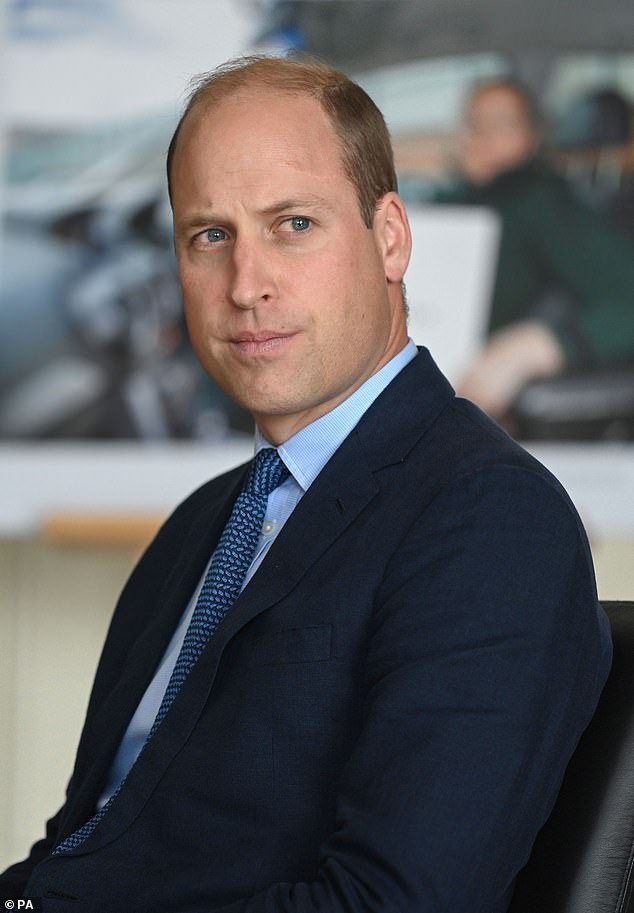 The Duke of Cambridge, 39, has condemned the ‘horrendous’ attack that killed at least six park rangers on Sunday in an ambush on Africa’s oldest national park. Pictured, on September 9 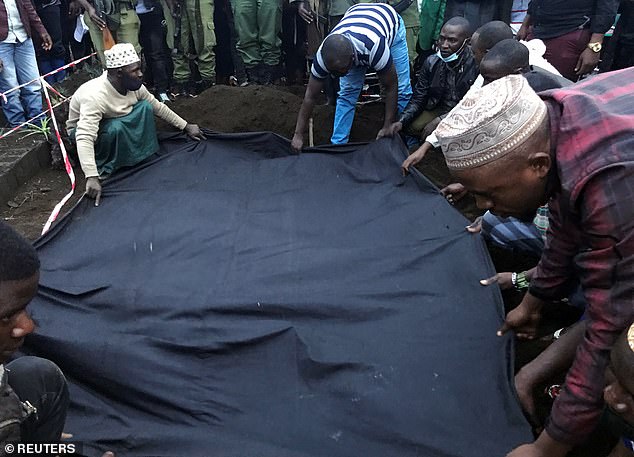 Civilians bury the body of Congolese ranger Burhani Abdou Surumwe who was killed in an ambush in Virunga National Park, a sanctuary for endangered mountain gorillas, in Goma, eastern Democratic Republic of Congo January 11, 2021

‘Rangers who work tirelessly to protect both the national park and the neighbouring communities should be honoured not attacked. They should never find themselves in a position where their lives are on the line.’

A line of Congolese park rangers raised their guns in salute on Monday as the coffin bearing their colleague Burhani Abdou Surumwe, a 30-year-old father of four, was buried in the black volcanic soil of a Muslim cemetery outside Goma.

The rangers, heavily armed and welltrained, are frequently attacked. In April, a dozen of their number from the Congo Institute for Nature Conservation (ICCN) were killed by suspected Hutu militiamen.

Park director Emmanuel de Merode, who was himself shot and injured in 2014, said his team were unbowed, despite the dangers. 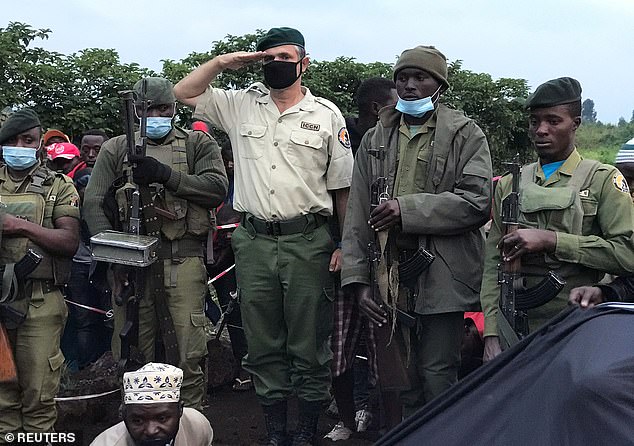 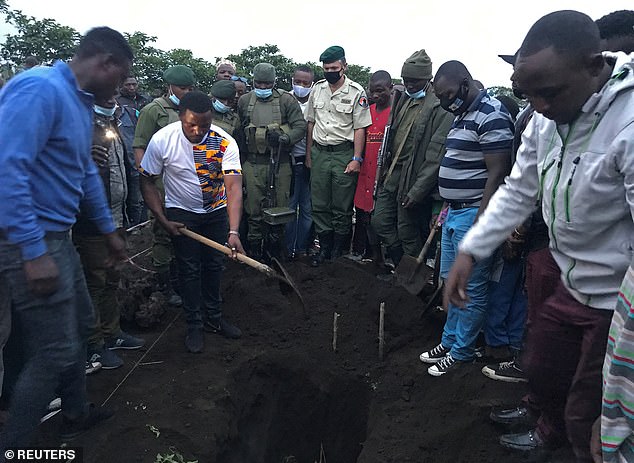 ‘We are facing a situation that is extremely difficult, but which in no way erodes the conviction of all ICCN staff to continue our efforts.’

Abdou Surumwe’s older brother Maliki, his eyes wet with tears, said he had been ‘a good advisor, a hard worker, someone who loved to live with people’.

The United Nations says more than a hundred armed groups operate in eastern Congo, many of them remnants of groups that fought in civil wars around the turn of the century that resulted in millions of deaths from conflict, hunger and disease.

Virunga sits on the forest-covered volcanoes of central Africa and is home to over half the global population of mountain gorillas.