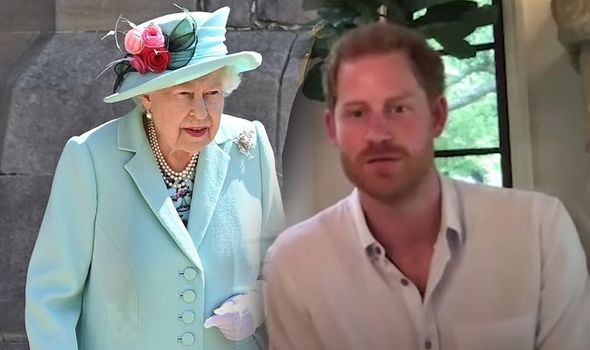 Meghan Markle and Prince Harry appeared in the video last month. The talk was hosted by The Queen’s Commonwealth Trust. It was titled “QCT In Conversation with The Duke and Duchess of Sussex: Digital for Good”?

Various reports have speculated on the state of Prince Harry’s relationships with his family members since he left the Royal Family.

Of course, the most important member of that family, in terms of business, is the Queen, 94.

Little is known of how the relationship between Harry and the Queen has fared the infamous split. 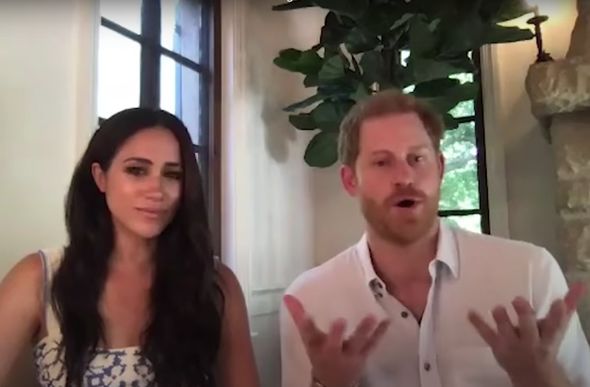 The expert revealed there appeared to be some “tension” from Harry when talking about his grandmother.

She said: “When the subject of the Queen comes up there are some micro-gestures of what looks like tension from Harry.

“His blink-rate accelerates and there are signs that he’s sucking his lips in.

“He stares ahead reflectively when the Commonwealth is referred to and when he then talks about ‘my grandmother’ his hands rise high in a series of emphatic and illustrative gesticulations.”

The body language expert went on: “When he finishes this section he turns his eyes to Meghan as though aware he is handing the baton over to her.

“Meghan’s talks about ‘joining the family’ in a slightly softer tone and they seem more at home moving back into their expert/guru roles again to speak with passion about their messages.”

Another expert analysed Meghan Markle’s jewellery for Prince Harry’s wedding. The Duchess of Sussex wore an interesting ring to her reception.

For the second, private round of celebrations Meghan slipped into a custom Stella McCartney wedding dress. 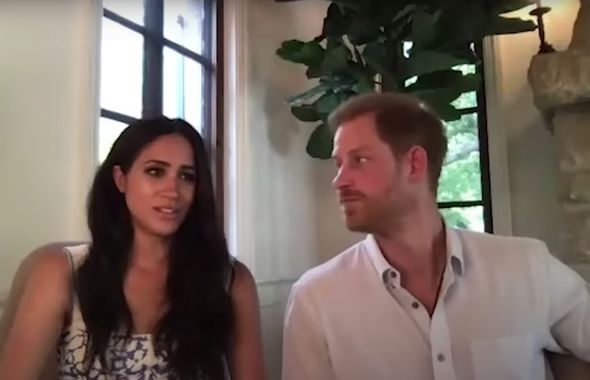 Meghan Markle’s ring for the wedding reception was an impressive, huge aquamarine and stone piece.

The ring has an interesting history, specifically linked with the divorce of her husband, Prince Harry’s, parents, Princess Diana and Prince Charles, 72.

The ring was a private piece, bought by the royal after her divorce.

Alexandra Michell Gemologist Prestige Pawnbrokers of Channel 4’s Posh Pawn said: “This stunning aquamarine ring first appeared on Princess Diana’s finger in the late nineties, when Princess Diana commissioned Asprey’s to create it using a stone that had been gifted to her by her good friend, Lucia Flecha de Lima.

“It was a replacement engagement ring following her divorce from Prince Charles. It is thought the stone came from the famous Minas Gerais mines in Brazil.” 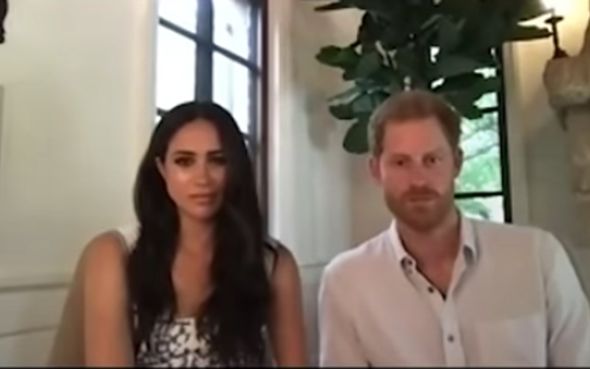 In other royal news, there are many rumours Kate Middleton is pregnant with a fourth child.

Perhaps her pregnancy style could give us clues as to whether she is expecting now.

This includes the likes of Alexander McQueen and Catherine Walker.