Prince Charles gave his nieces Zara Tindall and Princess Beatrice a warm greeting at the Royal Ascot on Tuesday.

The Prince of Wales, 73, met the royals with a smile and warm kisses on their cheeks at the horse racing event. 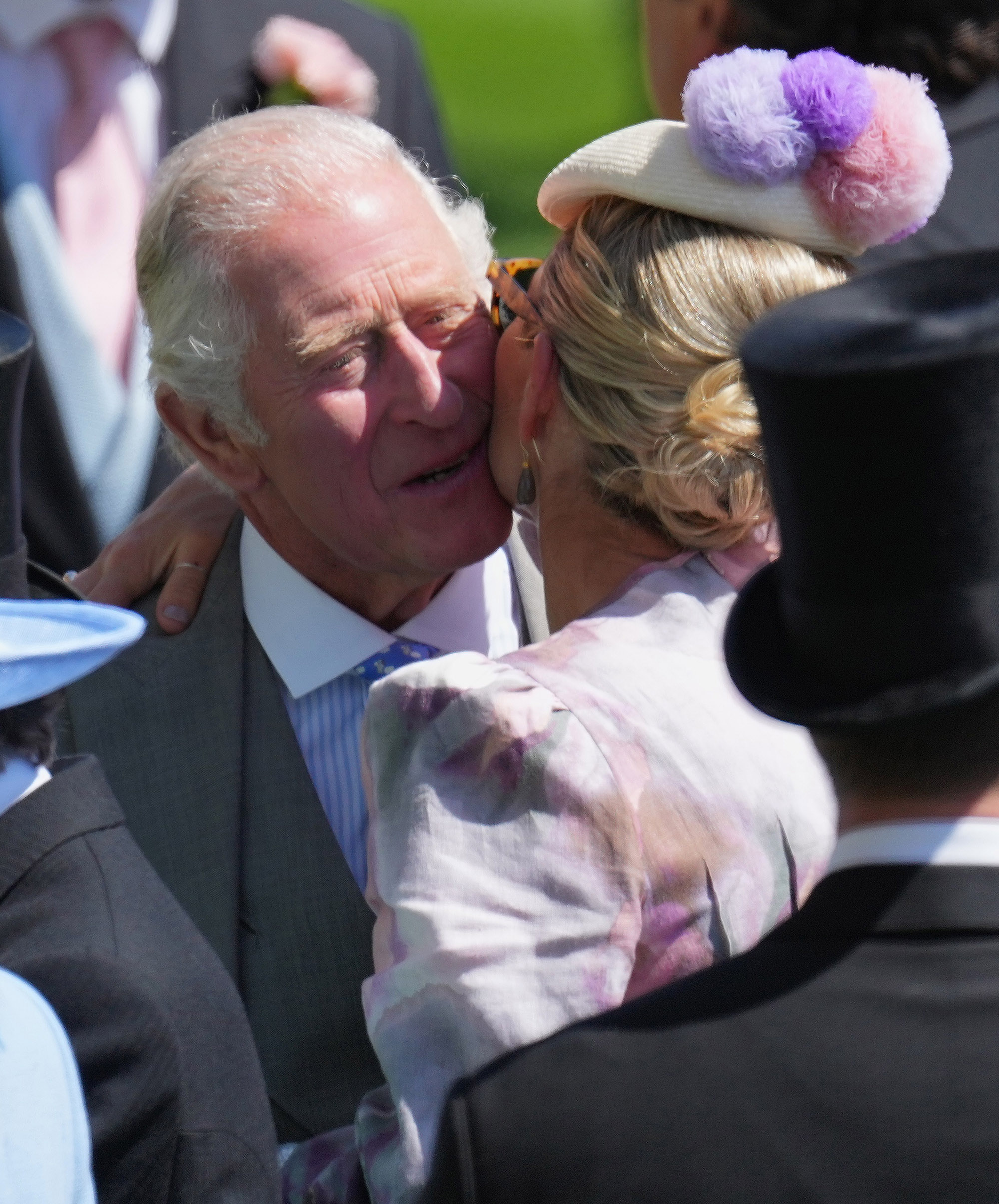 Tindall, 41, stunned in a purple floral dress and matching fascinator, while Beatrice, 33 — who attended the event with husband Eduardo Mapelli Mozzi — opted for a similar look in pink.

The prince, for his part, wore a gray suit and a black top hat to the outing, while his wife, Camilla Parker Bowles, rocked a blue dress and fascinator. 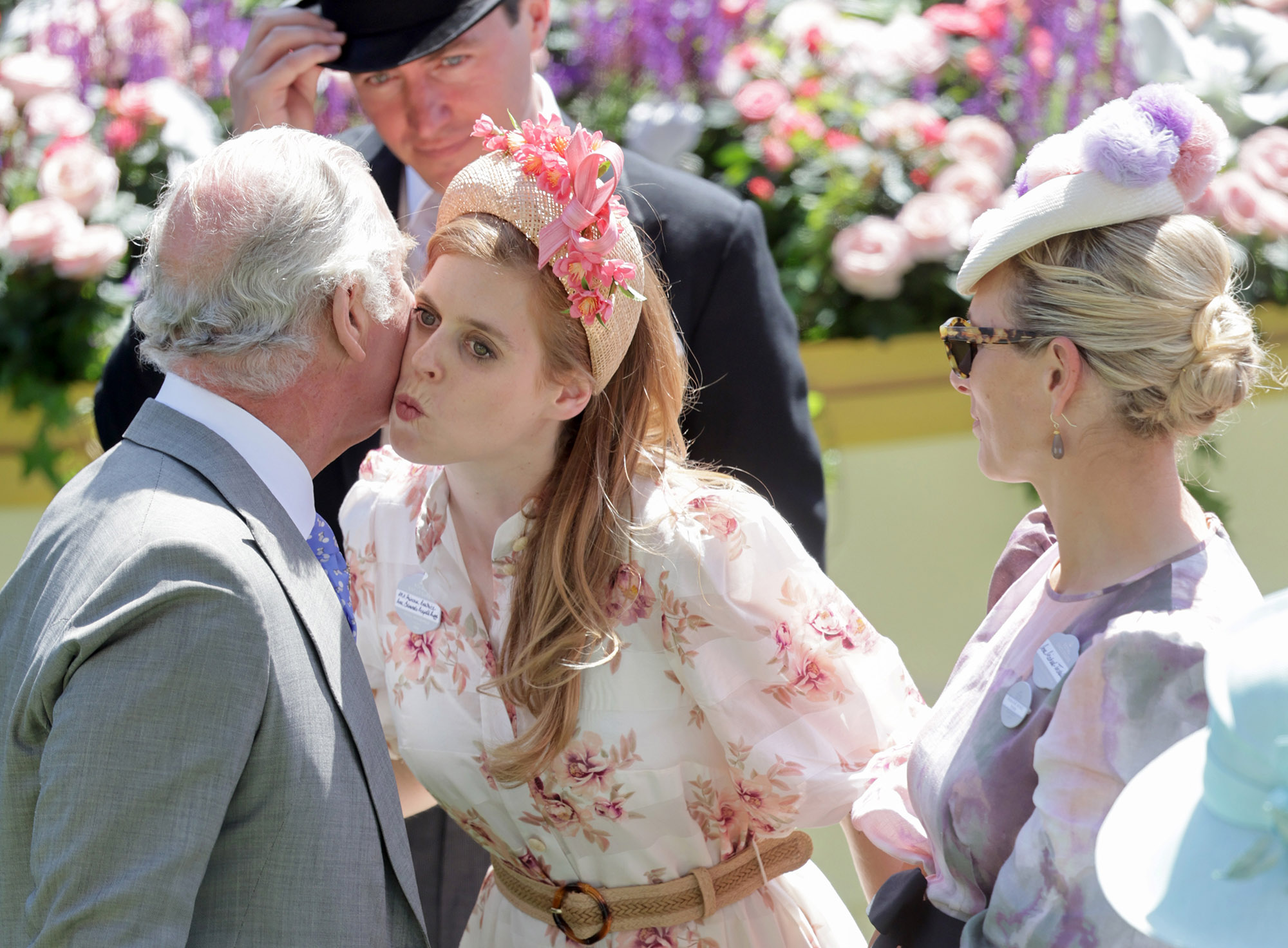 The pair led the Ascot Racecourse procession in place of Queen Elizabeth II, who did not attend the first day of races.

Princess Anne’s son, Peter Phillips, rode in Charles and Camila’s carriage, while the 71-year-old Princess Royal followed in another. 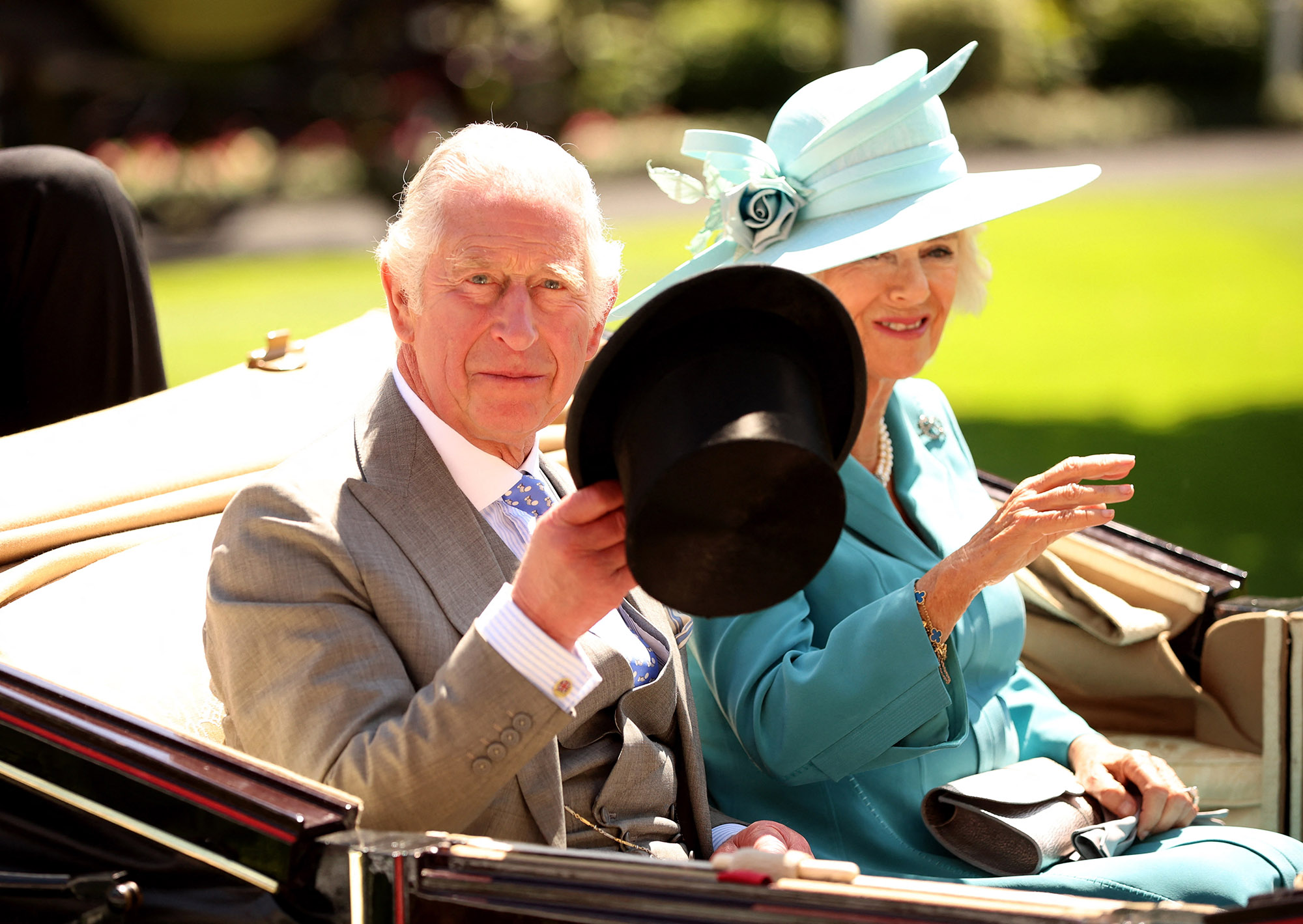 Buckingham Palace has yet to specify the reason behind the Queen’s absence, but she has been experiencing mobility issues since 2021. Most recently, Elizabeth missed multiple Platinum Jubilee events due to “discomfort.”

On Monday, however, Her Majesty was present at the Garter Day procession at St. George’s Chapel in Windsor, UK. Elizabeth smiled as she posed for a photo with a cane in her hand and stood next to Charles and the Duchess of Cornwall, 74. 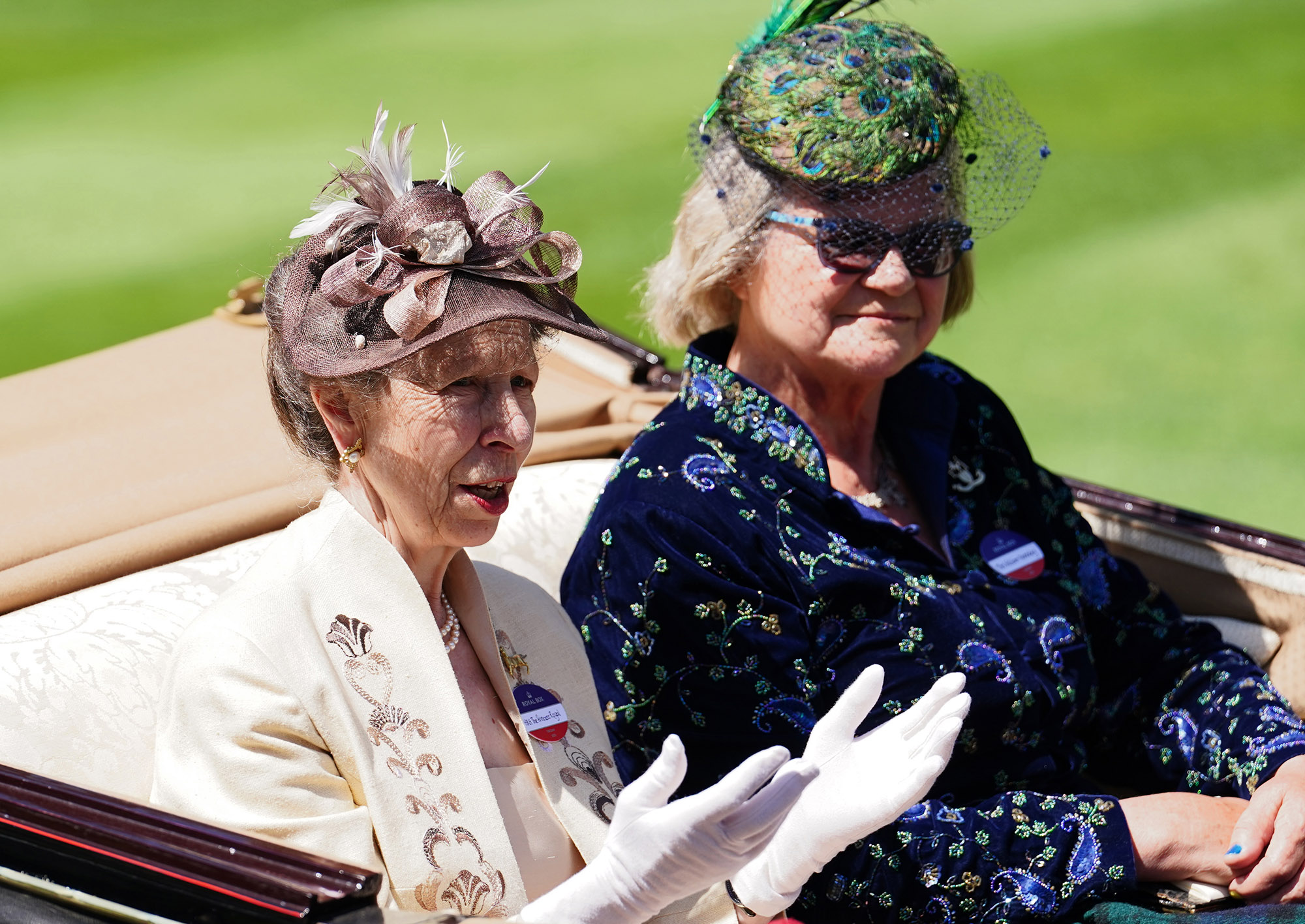 At the service, Camilla was formally acknowledged as a Royal Lady of the Order of the Garter, six months after her appointment.

“The Order of the Garter is the oldest, most senior Order of Chivalry in Britain, established by King Edward III nearly 700 years ago,” read a statement on her and Charles’ Instagram account. “The Order includes The Queen, senior Members of @TheRoyalFamily and 24 Knights or Ladies, appointed by Her Majesty The Queen personally in recognition of their dedication to public service.” 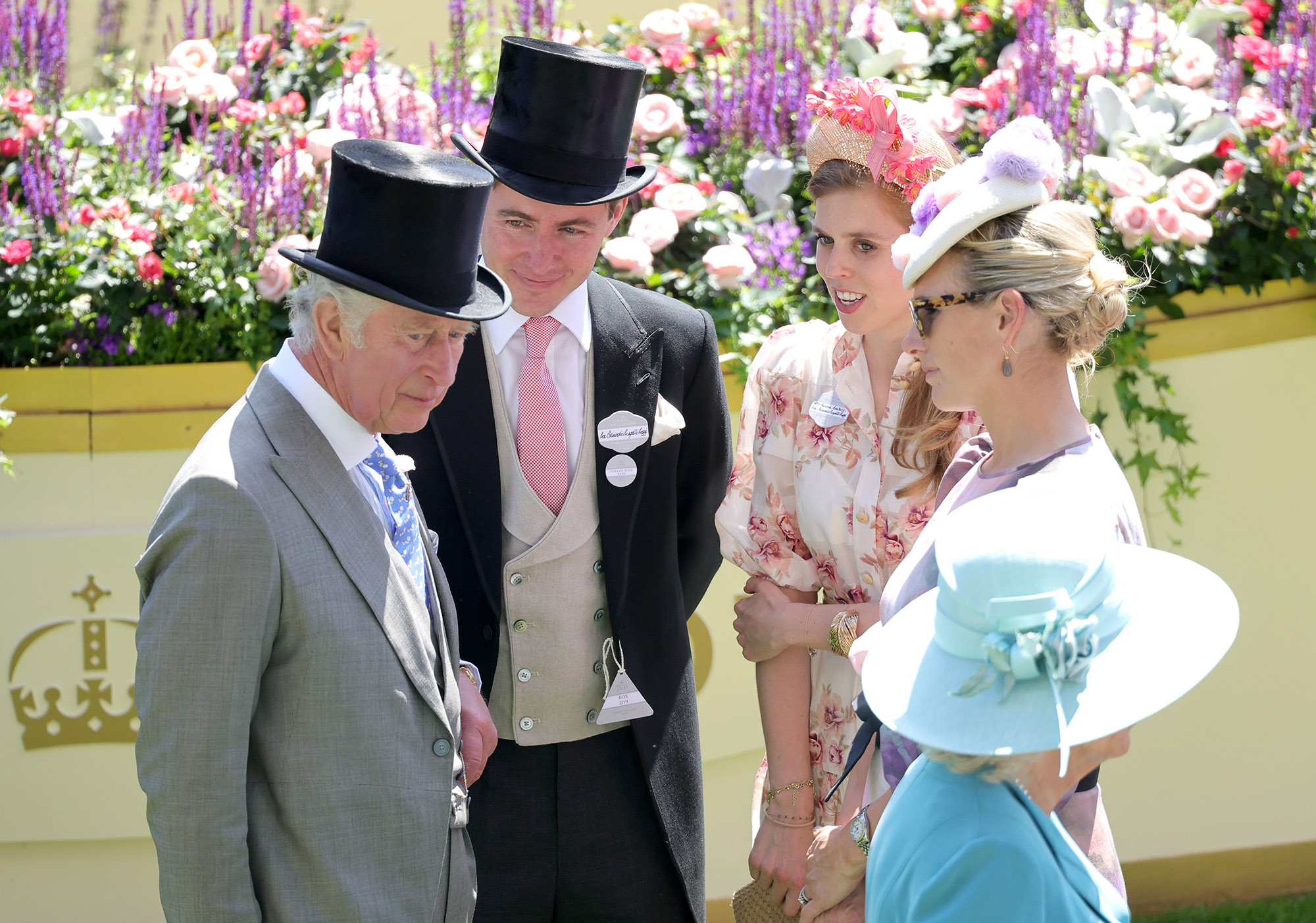 In February, Elizabeth backed Camilla as the future Queen Consort, which will happen when Charles one day takes the throne.

Camilla was “very honored and very touched” by the gesture, she said at a royal engagement later that month.