The opening Game Week of the new Premier League and fantasy football season sprung up the odd surprise here and there, as you’d expect.

Sure, Mohamed Salah, Harry Kane and Raheem Sterling all hit the headlines for scoring goals, but there was also excellent games for Ashley Barnes, Ainsley Maitland-Niles and bargain buy Daniel James.

But there was also the odd frustrating moment, too.

SIGN UP HERE – PLAY DREAM TEAM THIS SEASON FOR FREE 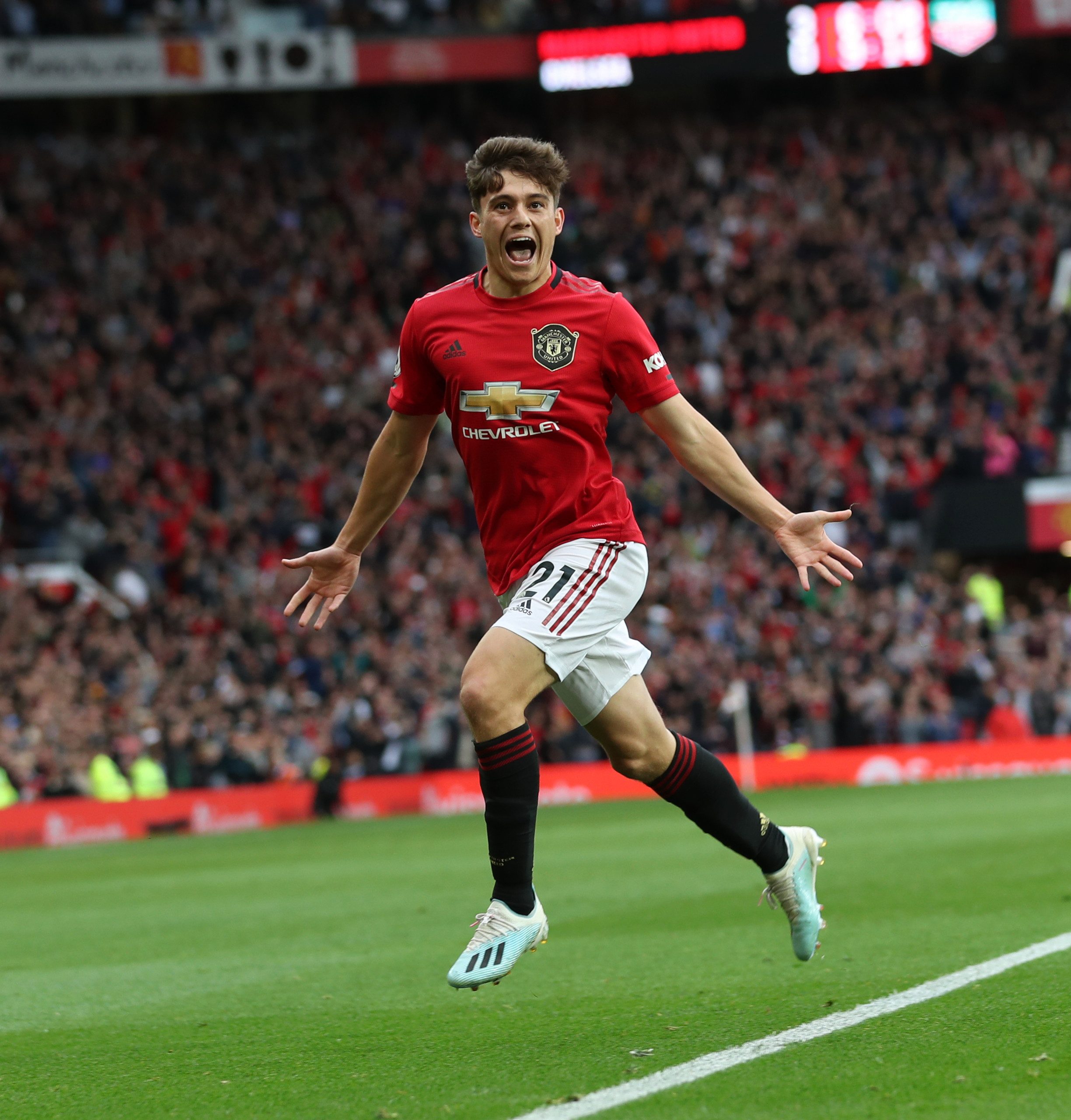 We’ve already mentioned how Pep Guardiola’s irritating rotation policy kept Sergio Aguero and Bernardo Silva out of the Dream Team reckoning for Game Week 1, but perhaps something that was even more costly for fantasy football fans was the untimely injury of Liverpool’s goalkeeper Alisson.

In the curtain raiser at Anfield on Friday, Liverpool took on Norwich and predictably ran out as 4-1 winners, meaning the injury to their goalkeeper was perhaps the most noteworthy incident. 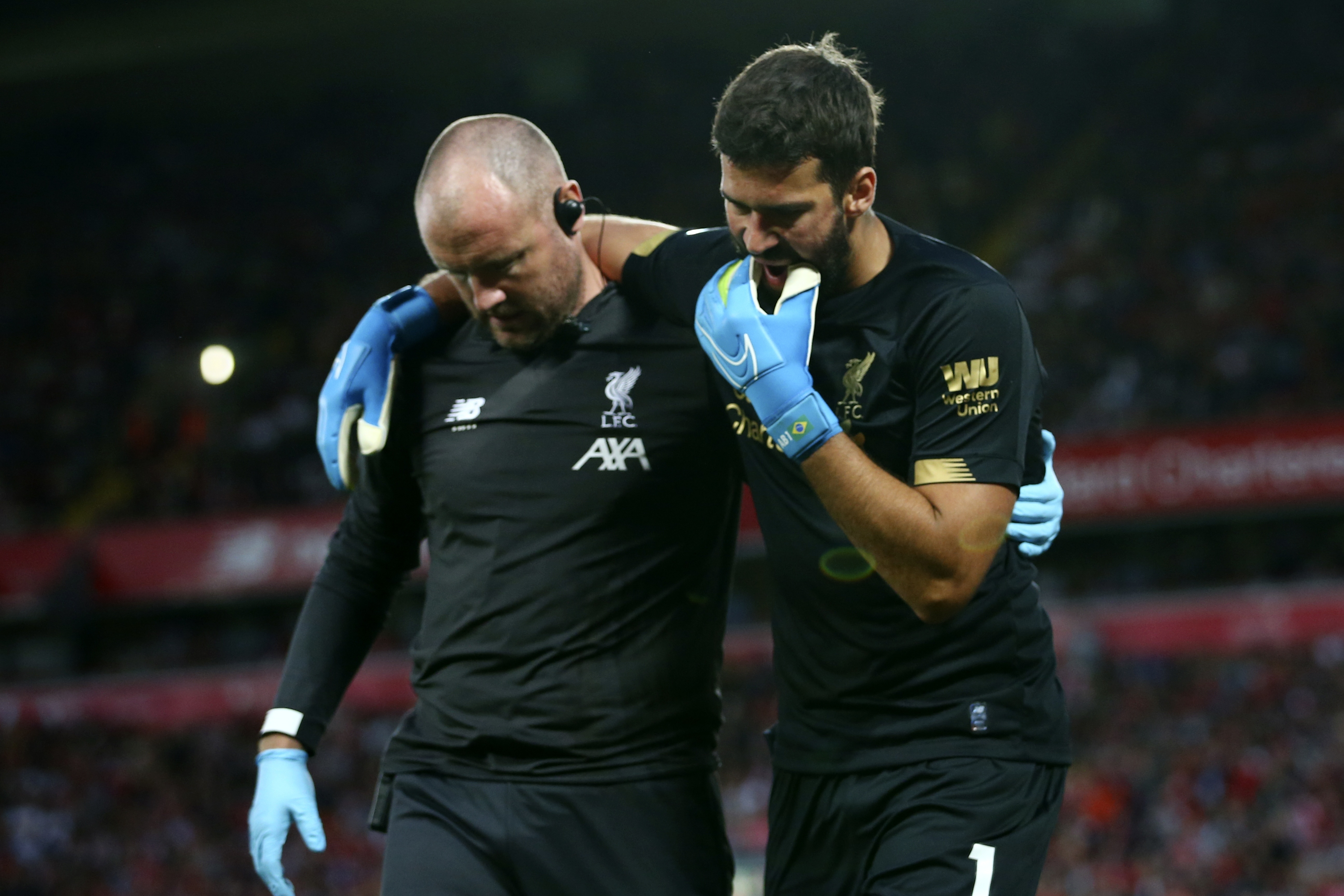 At the beginning of Game Week 1, 30% of fantasy football managers had Alisson as their goalie of choice – making him the most popular keeper on the game.

But the Brazilian lasted just 40 minutes of the first-half before limping off the field with a calf injury before being replaced by Adrian, who’d only just joined the Reds as a free agent following the sale of Simon Mignolet to Club Brugge. 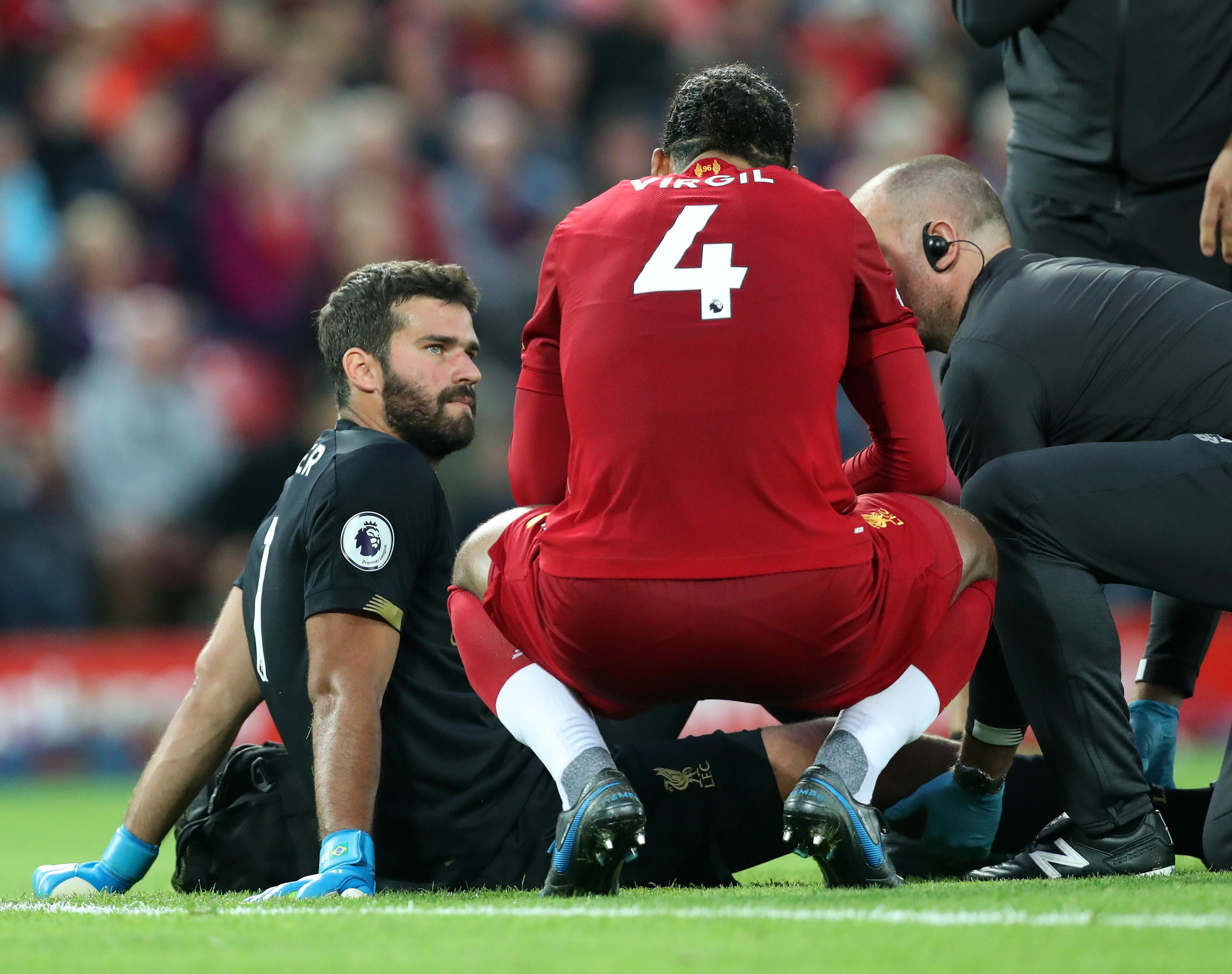 Have you signed up to play Dream Team Weekender?

Reds boss Jurgen Klopp didn’t give a specific time frame on his goalkeeper’s injury return, saying in a press conference afterwards that he’ll be out for “the next few weeks.”

That means Adrian will almost certainly be between the sticks for the Super Cup clash against Chelsea on Wednesday, and is pencilled in to start for their Premier League match at Southampton at the weekend.

And after a quick look at some of the most-picked players on the game leading into Game Week 2, it seems plenty of you still need to replace Alisson in your Dream Team as he’s just going to be picking up zero points for the foreseeable future. 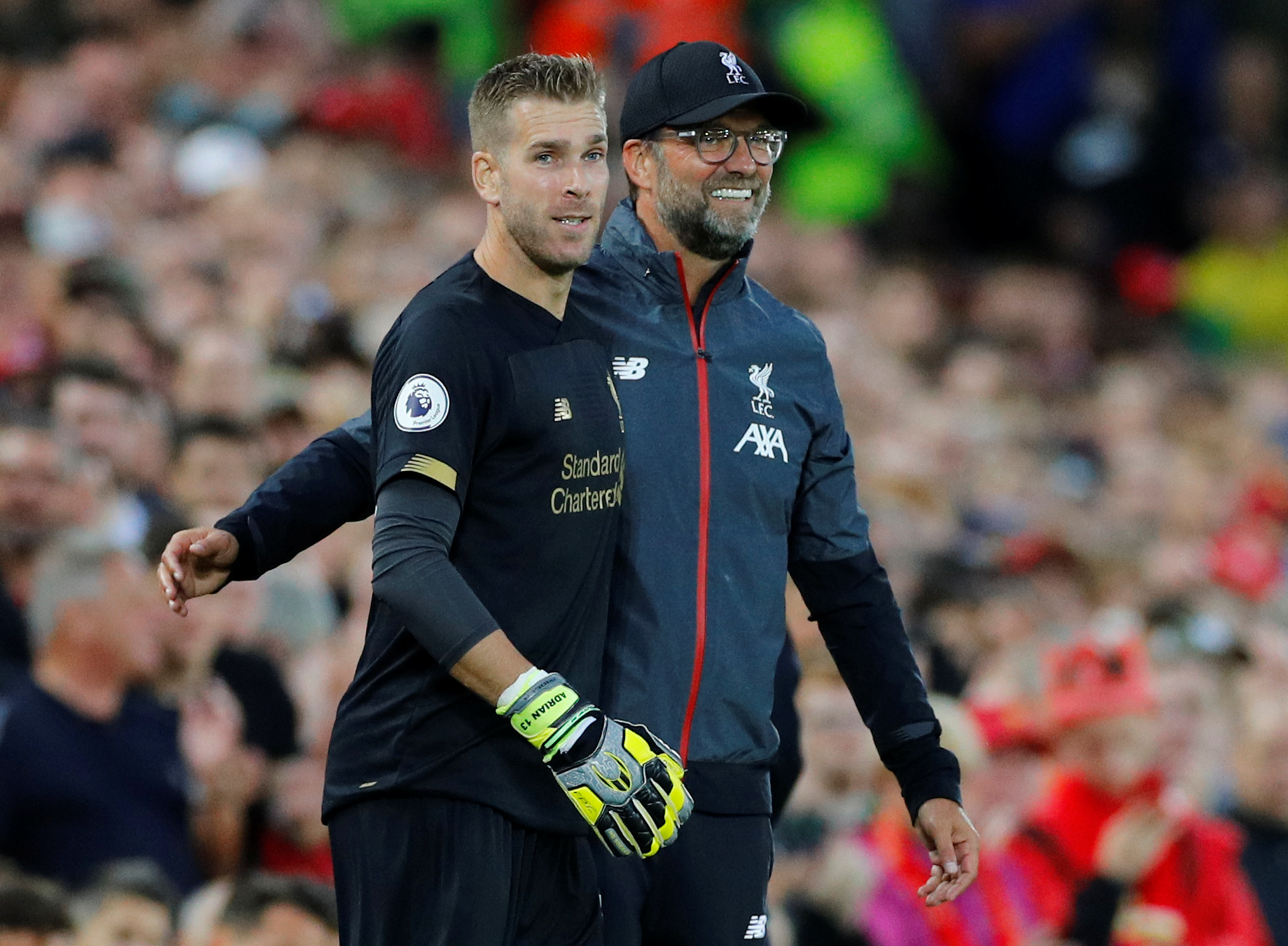 Priced at £4.5m on the game, Alisson is the most-expensive goalie along with Man City’s Ederson, while Hugo Lloris (£4m), David De Gea (£3.5m) and Kasper Schmeichel (£3m) are all somewhat cheaper.

But at just £1.5m, Adrian is a pinch and will now feature extensively over the next few Game Weeks in front of one of the best defences in world football.

Last season, Liverpool kept a whopping 21 clean sheets – more than any other team in the Premier League – and that back-line is still intact, but with the added bite of the fit-again Joe Gomez too. 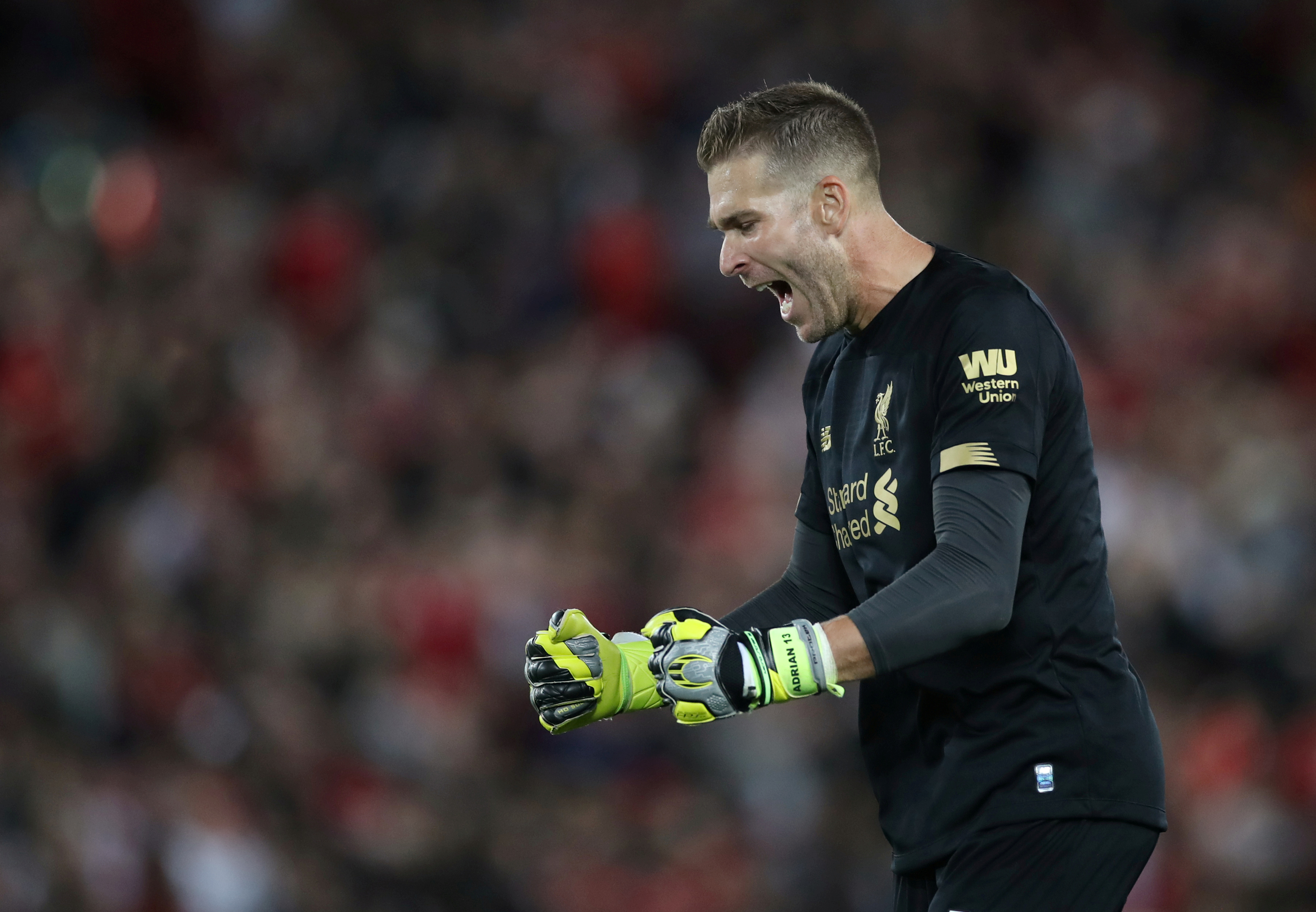 Adrian is obviously not quite on the same level as Alisson but he’s certainly a great understudy and has plenty of Premier League experience, having played 125 times in the league with West Ham before his summer move to Merseyside.

In that time he kept 35 clean sheets, saved five penalties and made a 436 saves, while also winning a plethora of awards with his former club, including Signing of the Season, Save of the Season and Best Individual Performance.

So much like Klopp will be swapping Alisson for Adrian in his side, why not do the same with your Dream Team?

At least until the Brazilian is back to full fitness.