Her husband Edoardo Mapelli Mozzi, with whom she’s expecting her first child in the fall, coordinated in a spotted tie.

The couple were joined in the royal box on Centre Court by Beatrice’s aunt, Sophie, Countess of Wessex.

It seems even the Countess got the dress code memo; she wore a breezy white dress with micro dots by Me + Em ($405). 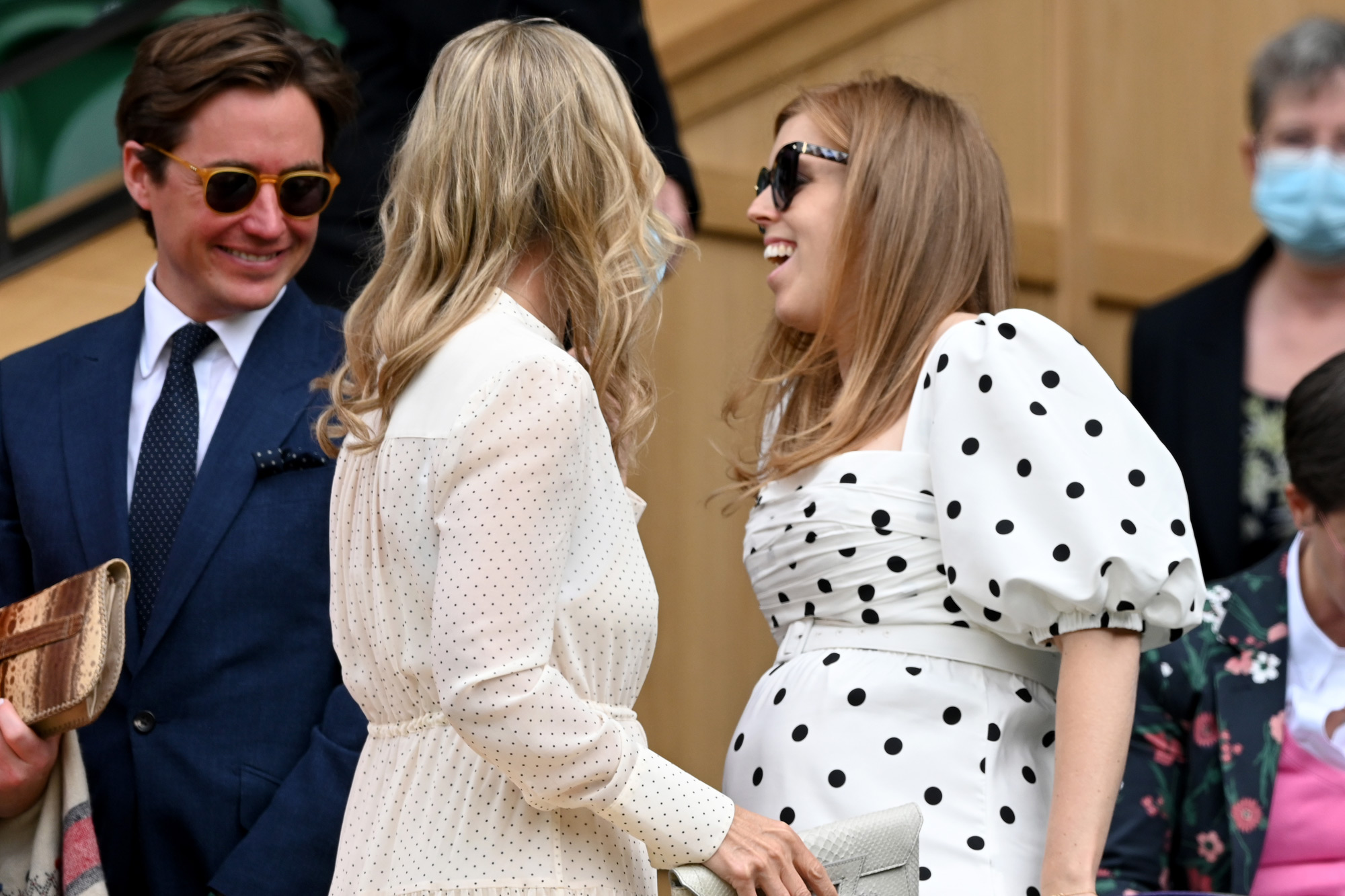 The pair wed in an intimate ceremony after rescheduling their wedding because of the coronavirus pandemic. Mozzi has a 4-year-old son, Christopher, from a previous relationship with ex Dara Huang. 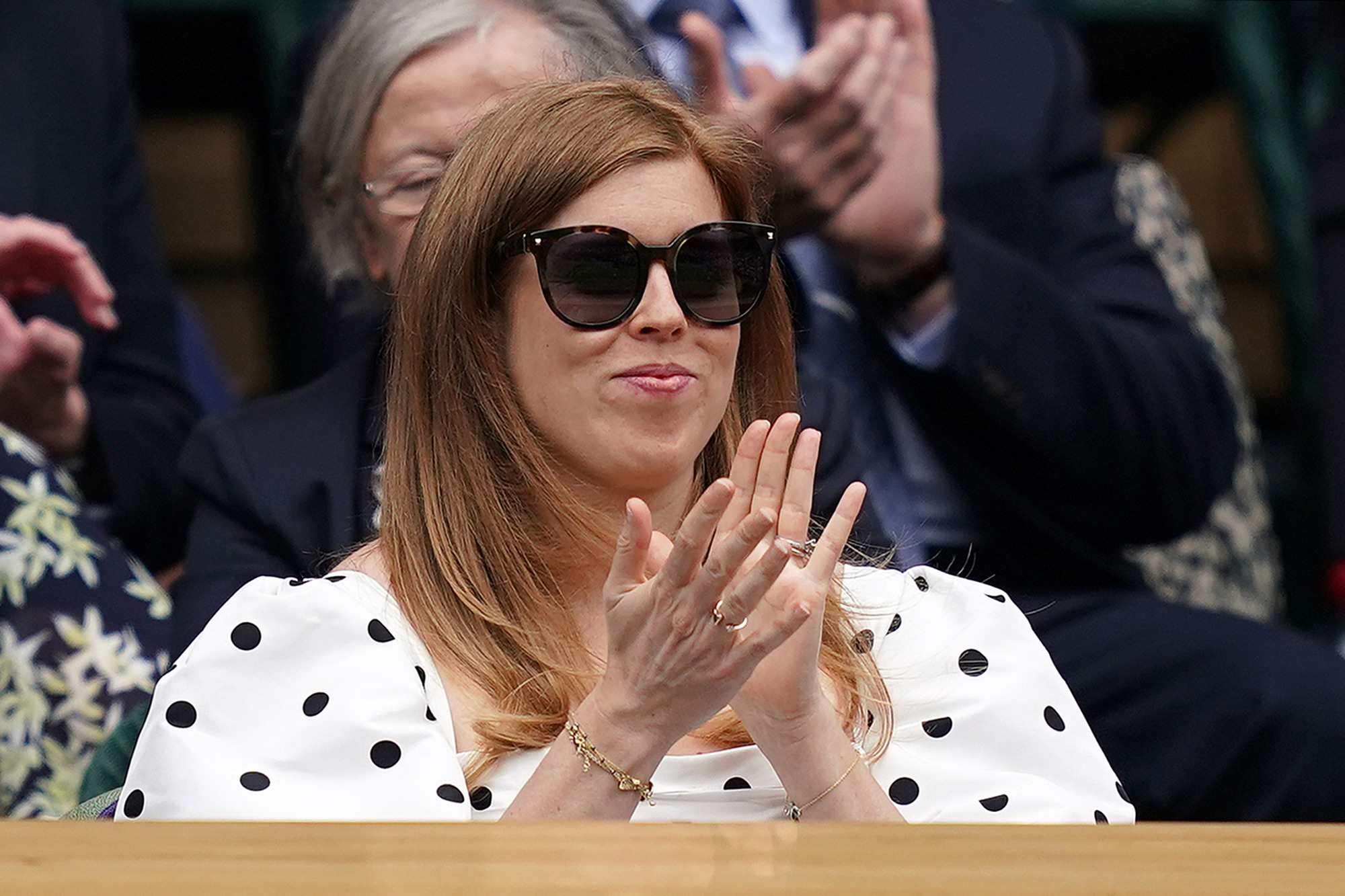 Other celebrities who have been making appearances at Wimbledon include Pete Davidson and girlfriend Phoebe Dynevor, who matched their outfits and cuddled adorably in the stands.

Plus, cousin Kate Middleton put her own spin on polka dots at the tennis tournament last week.