PMs have the toughest job in Britain. It’s a travesty that we pay them little better than a provincial solicitor, writes Winston Churchill’s biographer ANDREW ROBERTS

The newly married host of this week’s G7 summit should have much to smile about as he greets the leaders of the world’s great powers at the Cornish seaside. This is the Prime Minister who has led one of the most successful vaccination programmes on the planet. The British economy is bouncing back strongly. The end of Covid restrictions is in sight.

Even the absurd imbroglio surrounding the redecoration of Boris Johnson’s No 11 flat is behind him. Or almost behind him. Because, while the controversy about the refurbishment has been dealt with officially, it has also exposed a salutary fact: Johnson is paid substantially less than the other world leaders he is hosting this week, and a great deal less than he should be.

Remember, he had to pay £58,000 from his own pocket – after tax – for refurbishing a Government building. That in itself is ludicrous – and all the more so because he is paid only £161,866 a year, compared, for example, with his Swiss counterpart who pockets £341,000. 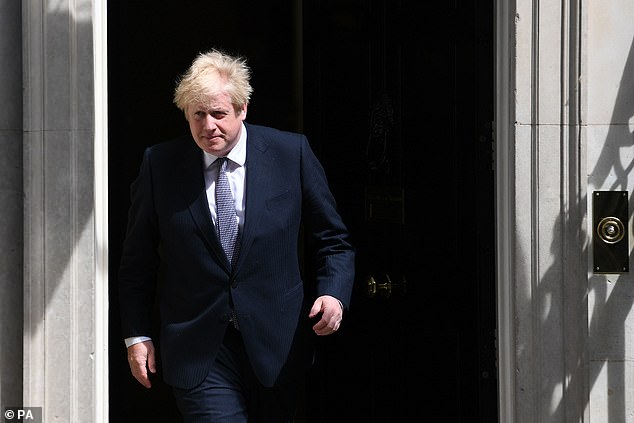 The PM gets the sort of the money you might expect to be earned by a well-established provincial solicitor, yet Johnson is undertaking what is easily the most difficult and responsible job in politics 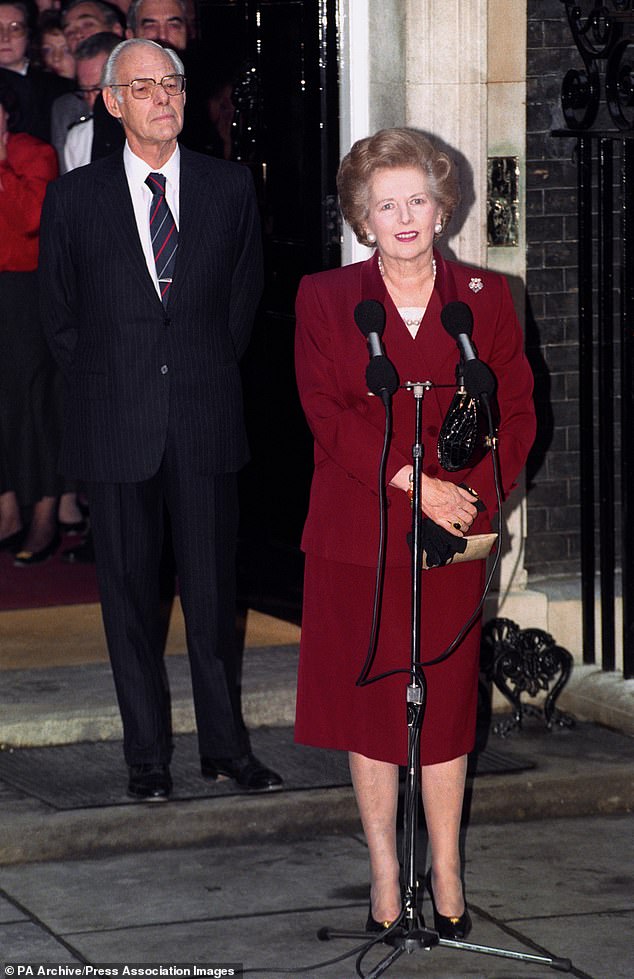 Margaret Thatcher was right about almost everything, but her decision throughout her premiership to receive the same pay as Cabinet Ministers – which was £19,650 when she entered No 10 in 1979 and £35,120 when she left in 1990 – sent the wrong message

The PM gets the sort of the money you might expect to be earned by a well-established provincial solicitor, yet Johnson is undertaking what is easily the most difficult and responsible job in politics.

In short, we do not pay our Prime Minister properly, and this reflects badly upon us and our democracy.

An excellent study of the premiership, published this year to mark the tercentenary of the role, is entitled The Impossible Office? As its author Dr Anthony Seldon points out, the pressures on our head of government are immense, and continually growing.

More than 170 members of the Civil Service are paid more than the Prime Minister, and in international terms the ranking of a British PM’s pay amounts to a national embarrassment – Australia’s leader Scott Morrison gets £267,000, Angela Merkel of Germany £261,000 and Jacinda Ardern of New Zealand £240,000.

There is something very awry about Johnson receiving less than the prime ministers of much smaller countries, such as Denmark, Ireland and Iceland. When the British premier is paid almost exactly the same as the president of Guatemala (population 16 million), it is clear that the treatment of our national CEO is no better than cheeseparing.

The time has come for an independent commission to investigate Prime Ministers’ pay and recommend about how it can be brought into line with similar countries.

Instead of the farcical five-yearly review, when parliamentarians take the hair-shirt option as they pander to popular opinion, we need apolitical arbitrators to look at the realities of the job and suggest reasonable remuneration.

Nor is extreme parsimony one of those ancient traditions hallowed by our unwritten constitution and long history. Between 1831 and 1937, Prime Ministers were paid £5,000 a year. In the early period that was worth more than half a million pounds in today’s money.

The rate of pay of a PM was even used as a benchmark for wealth in Victorian England. In Arthur Conan Doyle’s story The Final Problem, Dr Watson exclaims in surprise when Sherlock Holmes tells him that Professor Moriarty earned more than the Prime Minister.

It continued to shrink in the 1970s. That’s when plasterer’s mate Max ‘Superhod’ Quarterman became famous for earning up to £400 a week – more than Harold Wilson.

Margaret Thatcher was right about almost everything, but her decision throughout her premiership to receive the same pay as Cabinet Ministers – which was £19,650 when she entered No 10 in 1979 and £35,120 when she left in 1990 – sent the wrong message. She did it for a noble reason – to encourage pay restraint at a time when the economy needed it – but it continued the process of undervaluation.

John Major took the full pay of £50,724 (£111,400 today). But it still meant that in just over half a century, the pay of a Prime Minister had collapsed to 16 per cent of what it was before the Second World War.

No one is suggesting that Johnson be paid the nearly £700,000 in today’s money that Winston Churchill received, but there must be a way of recompensing him for a job that is worth more than £161,866 on any criteria one cares to employ.

Remember, too, that our Prime Minister is weighed down with an additional series of – expensive – bureaucratic restraints. He must, for example, pay tax on every meal he consumes while staying at Chequers, the PM’s country residence. The chief executives of the FTSE 100 companies are paid a median average of £3.6 million a year each, but are their responsibilities, serious though they are, really 22 times more valuable than the PM’s? Of course, sometimes CEOs don’t last long, but that is also true of Prime Ministers, of whom we have had five in 12 years.

Any commission would have to consider the immense pressure a modern Prime Minister works under, especially reacting to a 24/7 news cycle unknown even in the days of Harold Wilson and Ted Heath.

As Seldon points out, it is ‘the most important job in the land’.

The commission would look at roles in the corporate and public sectors, and almost certainly conclude that we need to pay our CEO commensurately

One recommendation could be to disallow Prime Ministers from refusing pay increases. Tony Blair ordered his Cabinet not to accept rises recommended by a review body, and Gordon Brown and David Cameron – out of similarly political motives – refused part of their pay.

Although PMs are able to make money after they retire – giving speeches, writing memoirs, sitting on boards – this has not always ended happily, as Blair and more recently Cameron have found.

In the US, under the Former Presidents Act, ex-White House incumbents are entitled to an annual pension of more than £200,000 and a host of services to ‘maintain the dignity’ of the office. 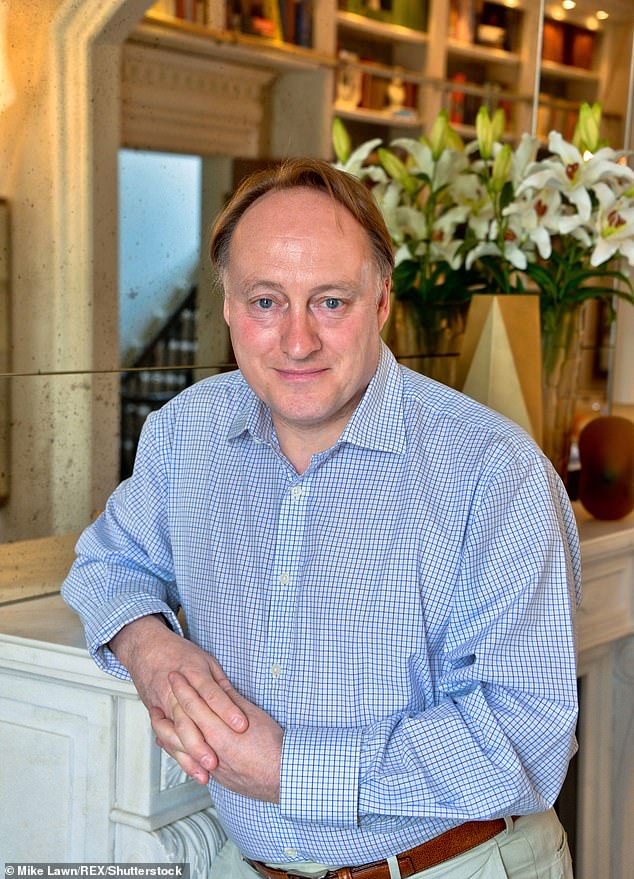 As the only Prime Minister besides Disraeli and Churchill to have earned a living by his pen, Johnson will certainly not starve when he leaves politics and writes books, but neither should he have been in a position whereby he had to pay 35.8 per cent of his pre-tax income on refurbishing his flat.

It is absurd to argue that because the PM’s present salary is a multiple of the average income of £31,000, Johnson is well paid. There is nothing whatever about his job that compares to the average Briton’s – as everyone appreciates beyond a handful of Left-wing ideologues.

We cannot expect the brightest and best people to go into politics if they are forced both to declare every 10p of outside earnings and also to accept derisory remuneration when they reach the top job.

People with responsibility to their families simply will not do it. Our forefathers had a much better idea of the value of national leadership when they paid proper salaries to giants like William Pitt the Younger, Lord Palmerston and Disraeli.

If we are to recruit people of that calibre in the future, we must be prepared to pay, instead of treating them in such a shabby fashion.