Impelled by her vision of the modern Black woman, Slowe nurtured a post-World War I generation at Howard University to be empowered, self-aware and globally conscious. 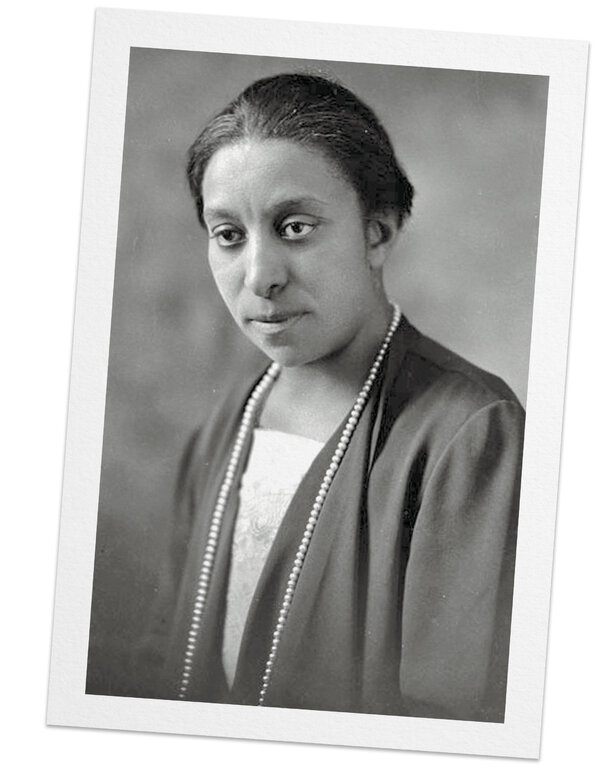 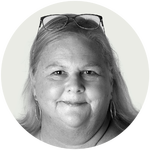 This article is part of Overlooked, a series of obituaries about remarkable people whose deaths, beginning in 1851, went unreported in The Times. It is also part of The Times’s continuing coverage of the centennial of the 19th Amendment, which gave women the vote.

When she was 6, Lucy Diggs Slowe, wriggling and obstreperous, was sent home from school with a note: Her teacher was exasperated with her unruly behavior and her difficulties with the alphabet. The remedy would be a few years of home-schooling, after which she returned to the classroom lagging far behind her peers. She didn’t graduate from high school until she was 21.

It was an inauspicious start for a renowned educator. Slowe would go on to become the first dean of women at Howard University in Washington. Today she is remembered as a progressive force in American higher education, unyielding in her push for reforms, particularly those supporting Black women in the 1920s and ’30s.

Impelled by her vision of what the modern Black woman could become in post-World War I society, Slowe helped a generation of Howard women transcend the intersecting disadvantages of race and sex to become intellectually distinguished, socially aware and globally conscious.

She influenced broad campaigns for racial equality, feminism, personal freedom and peace activism. She made it a priority to create a separate women’s campus at Howard. And she developed the fortitude to take moral stands against oppressive authority.

One such authority, Howard’s first Black president, was venomous in his refusal to grant her equal stature and comparable pay because of her gender. He dealt her only misery and insult. But he was not the first or the only obstacle she faced.

Lucy Diggs Slowe is believed to have been born on July 4, 1883, in rural Berryville, Va., about 65 miles northwest of Washington. She was the youngest of seven children of Fannie Potter and Henry Slowe. Her father’s occupation has variously been listed as farmer, hotelier and restaurant proprietor. He did not live to see Lucy’s first birthday.

When her mother died, her father’s sister, Martha Slowe Price, whisked Lucy and her sister Charlotte to Lexington, Va., where, a few days later, Lucy endured her humiliating banishment from the classroom.

Her aunt believed in a quality education and moved the household to Baltimore for its better schools. After finishing high school there, Slowe attended Howard with the help of scholarships and the money she earned from jobs. She was a founder of Alpha Kappa Alpha, the first sorority for Black university women.

Slowe worked in segregated schools in Baltimore and Washington as an English and history teacher as well as an administrator. She earned her master’s degree in 1915, having studied English and comparative literature at Columbia University over summer breaks. She joined Howard in 1922 with a dual appointment: to the English department faculty and as dean of women.

Slowe soon fell in with African-American society in Washington, immersing herself in culture, particularly dance and theater. She joined a literary club and the DuBois Circle, a Black women’s group that met to discuss current issues and the arts. (It is celebrating its 114th year this year.) And she began to join professional groups and organize new ones.

Slowe traveled often by train to speaking engagements, relegated, like other Black passengers, to seats near the boiler car. Conference banquets, too, were segregated.

Slowe used her platform as an officer of the Baltimore N.A.A.C.P. to champion Black women in the suffrage movement, even as its white leaders sought to exclude them. In 1915, she declared in a speech that “the voteless group in any republic is a helpless one,” and that “to a large extent the Negro in this republic is voteless and therefore helpless.”

Also an athlete, Slowe, in 1917, won the first women’s national singles championship of the American Tennis Association, which was founded the year before when the U.S. Lawn Tennis Association barred Black competitors. And she could often be found singing in church choirs. 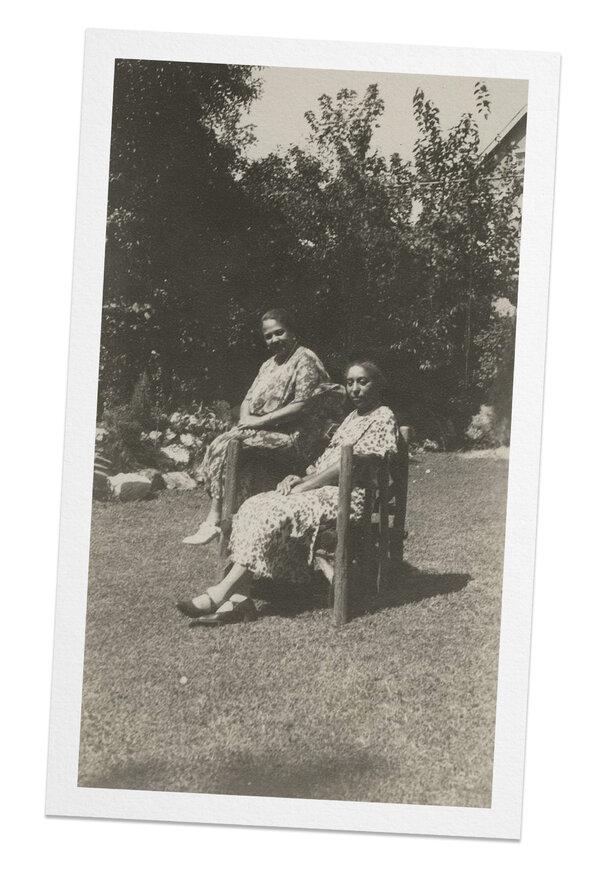 In 1912 Lucy Slowe met Mary Burrill, an educator, playwright and poet. Though they never openly stated whether they were romantically involved, they shared their lives for more than two decades, settling in a Queen Anne house in northeast Washington, in the Brookland neighborhood, where they entertained often. A 2019 application to designate their home a National Historic Landmark described them as “the best-known example of a same-sex female couple in Washington.”

With her catalog of firsts, Slowe became a catalyzing force for social justice on Howard’s campus. As dean, she inaugurated an annual women’s dinner. Men were cordially invited, but only as observers confined to the balcony. The only other men were waiters.

The dinner “quickly became a longstanding tradition that celebrated what we would today call Black Girl Magic,” Tamara Beauboeuf-Lafontant, a Grinnell College scholar who is working on a book about Slowe, said in an email.

“Howard women gathered in a joy and solidarity made evident in their singing, speeches, stunts and marching,” she added.

These women, she wrote, were encouraged to live “not in the shadows of white people or Black men, but in the light of their own selves and possibilities.”

Slowe encouraged Howard women to bypass obvious academic specialties in favor of more adventurous courses of study, and steered them toward extracurricular activities that fostered responsibility. Writing in the Black periodical Opportunity in 1937, a month before her death, she accused Black colleges of prolonging female students’ “infancy” by failing to nurture them toward independence.

Education was not her only focus. In a national radio address in 1937, Slowe denounced the open racism of Washington, where Black visitors were not allowed to ride sightseeing buses to the city’s monuments, eat in the Capitol’s restaurants or attend most theaters.

“The snobbery, the disdain, which many of our white citizens show for Negroes regardless of their personal worth,” she said, “is germinating in both groups seeds whose fruit will eventually destroy all of us unless rooted out before they come to fruition.”

In her early years at Howard, Slowe enjoyed the cooperation and support of the administration. That changed when Mordecai Wyatt Johnson became Howard’s first Black president. He denied her requests for a pay raise, cut her departmental budget, struck her name from some university councils and tried to force her to live on campus, like the “matrons” who had policed the dormitories in the past, according to “Faithful to the Task at Hand: The Life of Lucy Diggs Slowe,” by Carroll L.L. Miller and Anne S. Pruitt-Logan (2012). Finally, he suggested that she relinquish her position as dean and teach full time.

In “Lone Voyagers: Academic Women in Coeducational Universities, 1870-1937,” Geraldine Jonçich Clifford noted that “women in male-run institutions had to expend large amounts of energy and political capital in order to secure small gains, or, in some instances, merely to survive. Slowe was one of them.

The pressure on her continued for several years at a time of administrative, financial and academic chaos at Howard. Ultimately, run down, she was bedridden for weeks by what appeared to be influenza.

Johnson would not relent, and the most painful twist for Slowe was his final act against her, in September 1937. He ordered a subordinate to go to her sickbed and deliver an ultimatum: Either return to campus within 24 hours or be replaced as dean.

She died about a month later, on Oct. 21, at 54. The cause was cardiovascular related kidney disease.

Slowe’s allies rose up in protest of Johnson’s cruelty, and the family made clear that he would have no role in her funeral, according to “Faithful to the Task at Hand.”

Upon her death, an editorial in the newspaper The Afro-American enumerated the ways in which she had suffered under Johnson. Alumni, the article said, should “hang their heads in shame that they let this worthy woman pass before they righted matters.” An editorial cartoon pictured her in academic robes standing over her desk, her chair occupied by a mourning wreath. A headline read, “But Her Spirit Lingers On!”

Her name does, too, at Howard — on a dormitory and in a memorial stained-glass window at Rankin Chapel. There is also the Lucy D. Slowe elementary school in Washington. Her latest namesake is Lucy the bison, born at the National Zoo this year. (Howard’s mascot is a bison.)

Perhaps the drollest application of her name came a few years ago, when Washington’s water authority named a giant boring machine after her as part of its First Street Tunnel Project, a sewer system upgrading. “Lucy” — strong, persistent, powerful and with its own Twitter account — moved tons of earth beneath the streets of Washington.