Do YOU see what I see? Optical illusions will get your heart racing – including a rug which looks like a tiger

Many people have begun looking forward to Christmas with Halloween parties out of the way, but these pictures prove the terror isn’t over.

Bored Panda rounded up a collection of amusing photographs taken by people around the world, who have been deceived by items that appeared alarming when viewed from certain angles.

Many of the images show animals seeming to be causing havoc in unlikely situations, from a rug that looked like a tiger in the home to a groomer with half a right arm, that appeared to be elbow deep inside a dog.

Another amusing snap shows a belt laying across a bedroom floor, that on first glance looks like a snake. 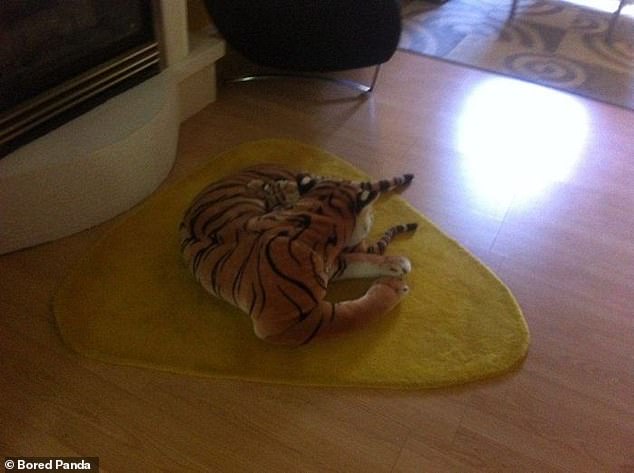 Bored Panda rounded up a selection of optical illusions that have sparked fright, including this rug that looks like a tiger, from an unknown location, when photographed from certain angles 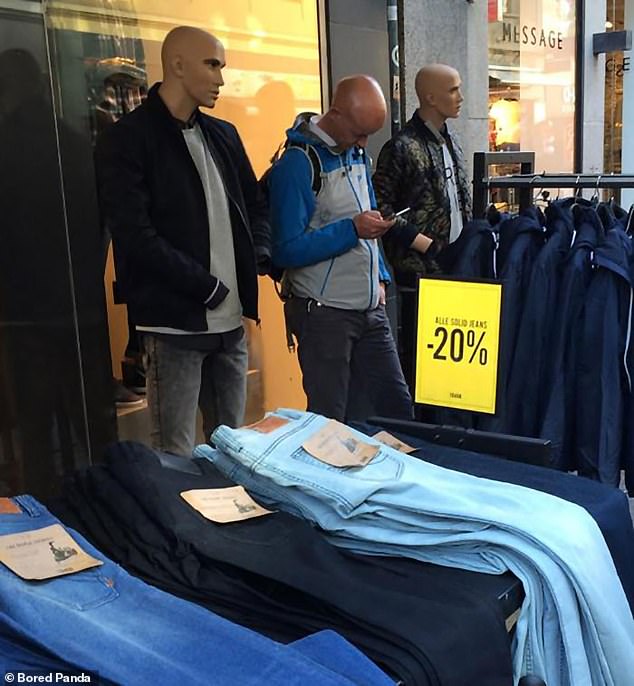 A menswear shopper, in an unknown location, admits he was frightened when a fellow shopper who had been standing between mannequins moved 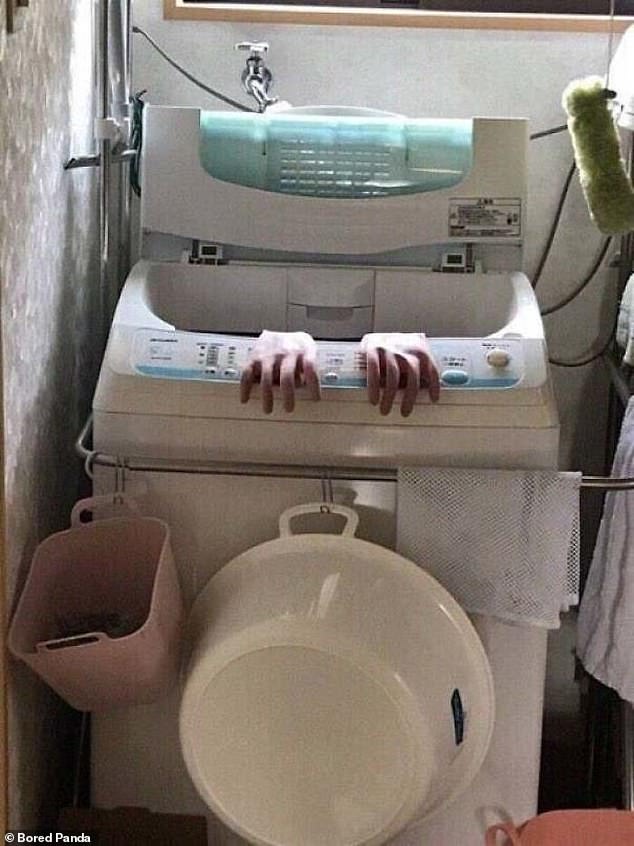 An image of gloves placed on top of a tumble dryer, frightened the owner into thinking that there was someone inside trying to get out 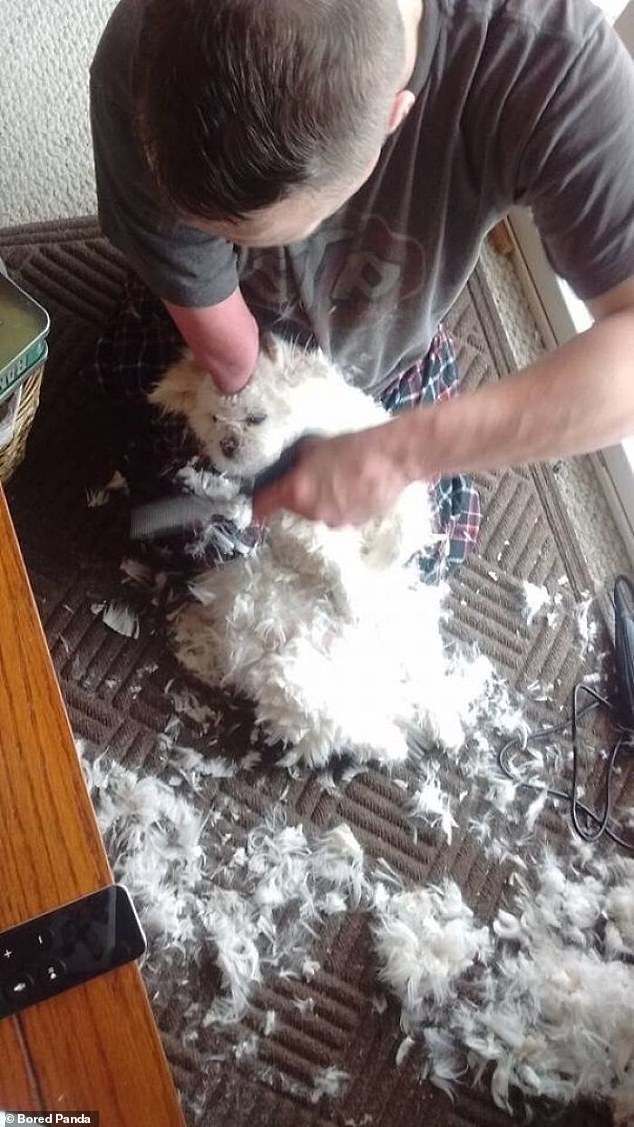 Another photo alarmed the owner of a dog who was being groomed by a man with half a right arm, as they initially thought the man was elbow deep inside of the mongrel 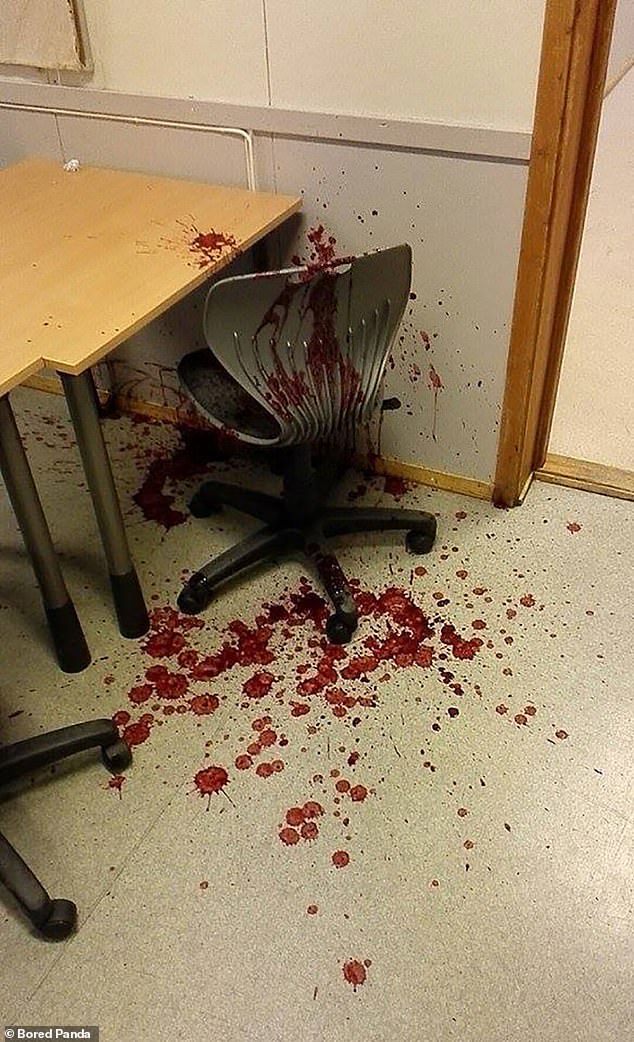 Students at a school believed they had stepped into a crime scene, after a class mate spilled a red smoothie over a desk 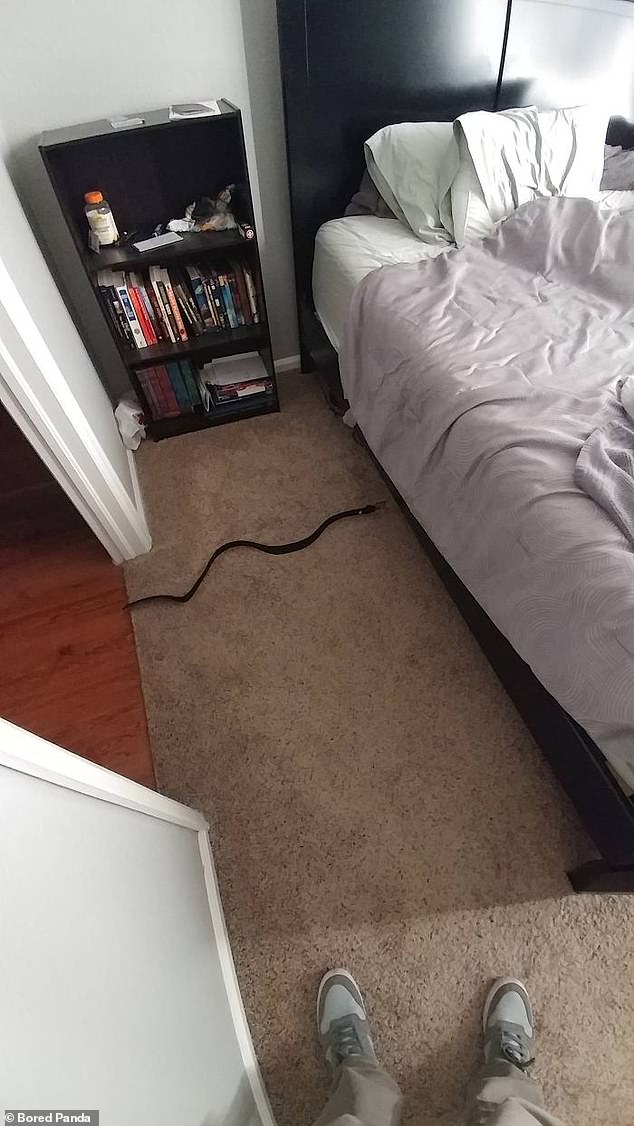 One man admits he almost had a heart attack, when he mistook a belt on the bedroom floor as being a snake 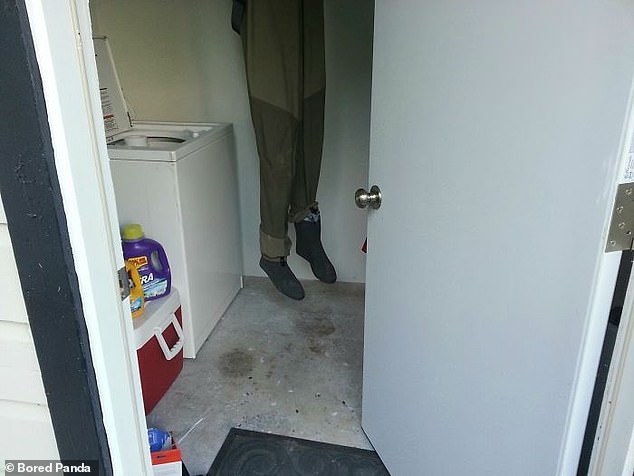 A woman who opened the door of the laundry room to see their housemate’s fishing waders drying, thought that it was someone hanging from the ceiling 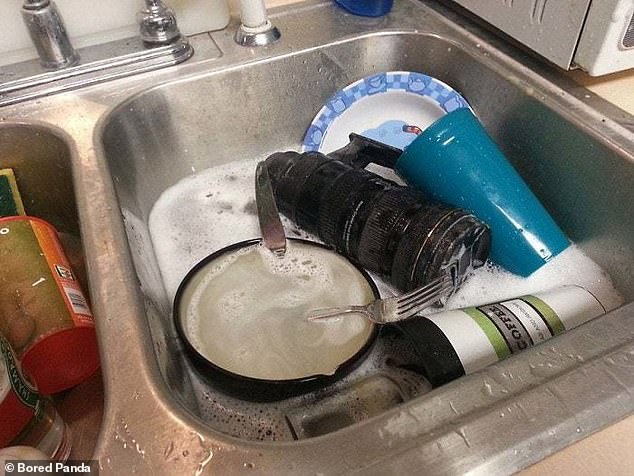 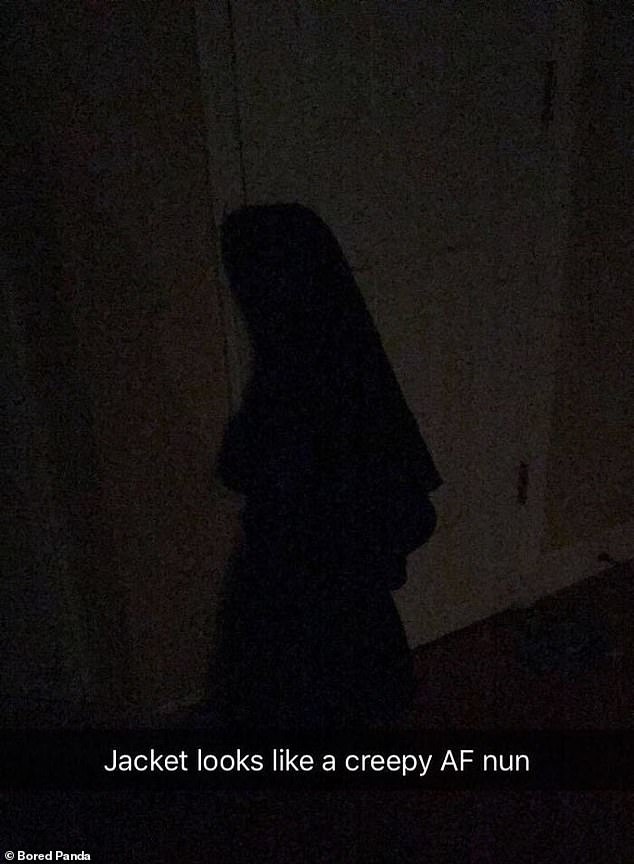 One person took a double take when their jacket hanging in the dark, gave the illusion of being a nun 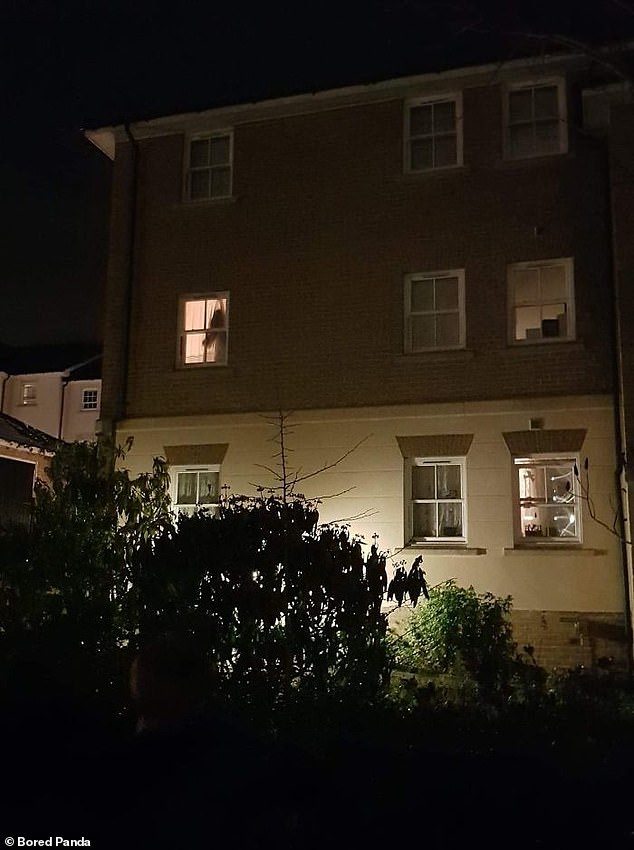 Another individual panicked that someone was inside their house, after hanging their clothes up by the window