‘No chair is ever big enough’: OnlyFans model , 29, who’s had FIVE Brazilian butt lifts in a bid to get the world’s largest bottom reveals the downside of her extreme figure

An OnlyFans model who has had five Brazilian butt lifts in a bid to have the world’s biggest bum has revealed that she struggles to fit into chairs.

Natasha Crown, 29, from Gothenburg, posted an Instagram image to highlight the reality of having a large rear.

The influencer, who has more than two million Instagram followers, showed herself struggling to get into a chair after having the five Brazilian butt lift surgeries.

One of her posts was captioned: ‘No chair is ever enough’ as she battled to squeeze her bottom into a beige chair. 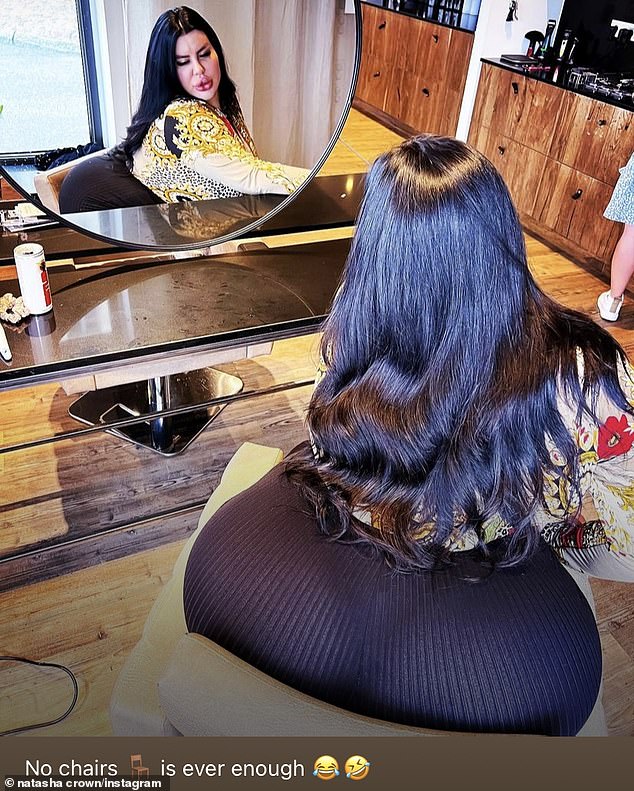 Natasha Crown, 29, from Gothenburg, pictured, posted an image on Instagram to highlight the reality of having a large bottom, not being able to fit on chairs 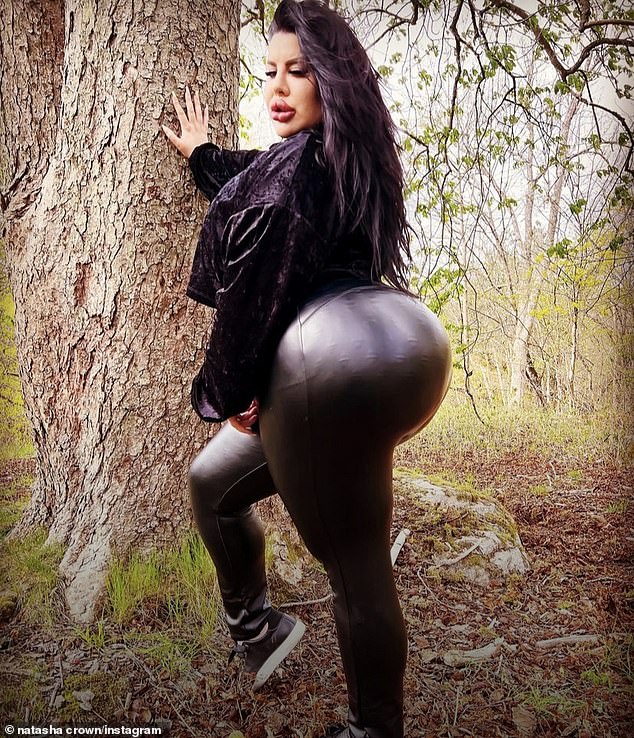 The influencer, pictured, who has more than two million Instagram followers, has had five Brazilian butt lift surgeries

It comes after Natasha made an appearance on the YouTube show, Hooked on the Look last year, to have a blind date and wow the potential love-of-her-life with her extreme looks and personality.

The surgery addict revealed that she had been single for seven years and that she thought she had not found the right man as they find her intimidating.

Natasha said: ‘My last relationship was seven years ago. I am pretty extreme, so I think people are afraid of me.

And she admitted that she is planning a sixth Brazilian butt lift, with no plans to stop surgery any time soon.

Natasha, pictured, made an appearance on the YouTube show, Hooked on the Look last year, to have a blind date and wow the potential love-of-her-life with her extreme looks and personality

She said: ‘I’m going to have the world’s biggest bum. That’s my goal and I’m going to reach it.

‘When I was 20-years-old, I did my first surgery and it was a BBL. I did my last Brazilian butt lift one month ago and that was fifth. And soon I will have my sixth. 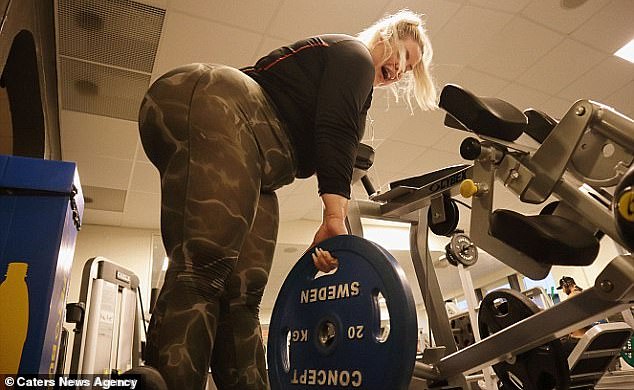 Natasha, pictured, revealed that she exercises every day and has spent £122,145 on surgery to enhance her curves

On the show, Natasha’s date was shocked by the size of her backside: ‘I’ve never meant a person who is famous for having the biggest butt in the world,’ he said.

The man concluded that Natasha was a city girl and he was a small town boy and that the two were from ‘different worlds.’

Natasha did not feel a spark either and said that a man needs to be able to ‘handle’ her.

She said: ‘I understand, it’s too much for him, it’s  hard to handle all the thickness, all the curves in the right places. 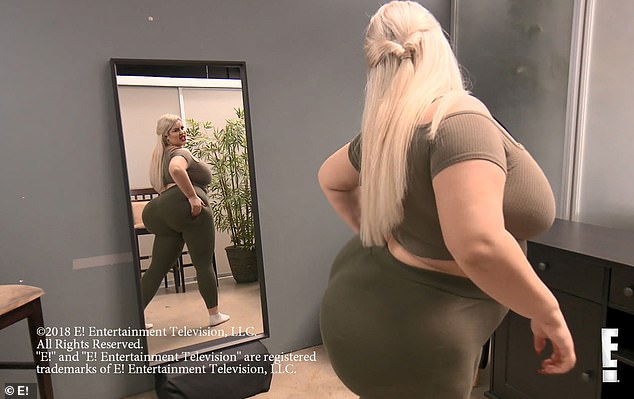 The 29-year-old, pictured, did not have success with her blind date on Hooked on the Look and said a man needs to be able to ‘handle’ her 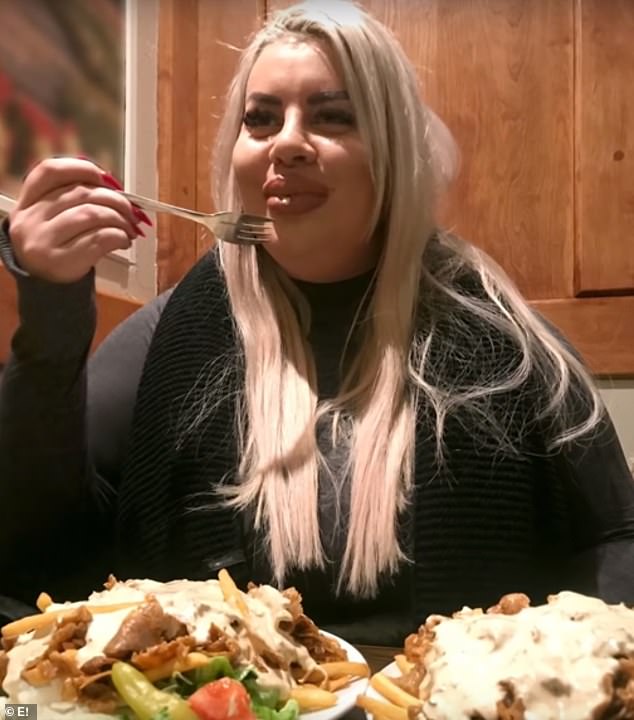 Natasha, pictured, previously put on four stone in a bid to gain as much weight as possible for her BBL

Previously, the 29-year-old gained four stone in order to make her bottom wider in the fat transfer procedure.

Speaking to Holly and Phil in September 2018, she discussed her plans to have a fourth procedure and told the presenters she had to gain a further three stone in order for more fat to be transferred to her bottom.

She said that the efforts would see her realise her dream of having a record-breaking 90-inch derriere.

Seeing the 29-year-old twerking ahead of her chat on This Morning, Holly had stumbled over her lines and burst out laughing.

Natasha, pictured left before surgery and right after surgery said that her brother and parents have expressed their concerns about her lifestyle

Natasha, who says that she has a 6ft wide bottom, has previously said that she feasts on pizza and pasta as well as six kilos of Nutella every month in order to gain as much weight as possible.

The This Morning hosts, concerned about the extreme diet, asked her why she wanted to do it.

She replied: ‘Because I have a goal to have the worlds biggest bum. At the beginning it wasn’t like that it was just to have a bigger one.’ 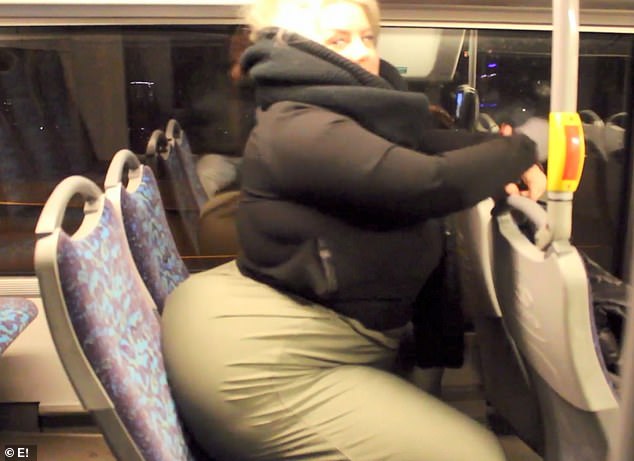 During the segment, Philip had explained to Natasha that a British woman died after a Brazilian Butt Lift and that the procedure has one of the highest death rates among elective cosmetic surgeries.

The OnlyFans model was surprised but said: ‘I wouldn’t say it is dangerous because it is my own fat.’

But she did reveal that her parents and brother have expressed their concerns about her lifestyle.

She gorges on chocolate sundaes and huge meals to pile on the pounds and has fat removed from elsewhere on her body to further grow her bum. 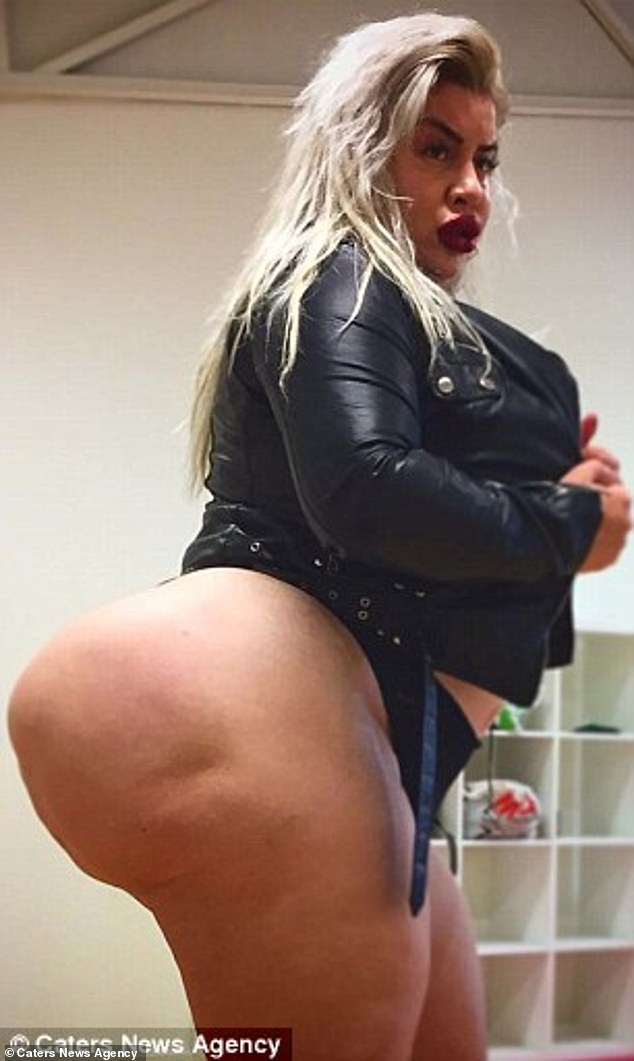 Natasha, pictured, said that she does not let negativity stop her from reaching her goals and has a website and fans

The 29-year-old added:  ‘People should know, that I am exercising every day I am not just eating. To maintain the muscles in the right place I am exercising. I feel healthy.’

And she added that she does not let negativity stop her from reaching her goals.

‘I think I have more haters than more fans. I have my own website and my fans are there. I am earning money off this,’ she said. 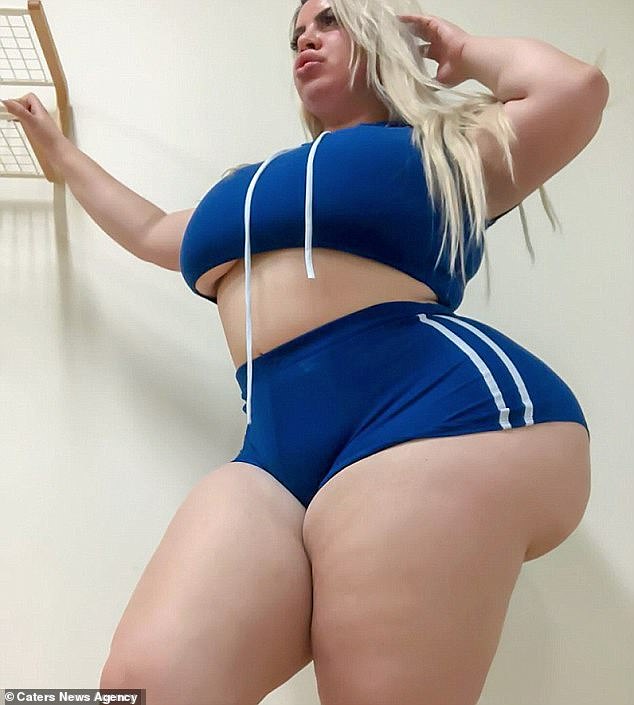 The 29-year-old, pictured, said she ‘loves’ the feel of having a big bum and it makes her feel powerful and sexy

The 29-year-old grew up as a happy child in Gothenburg and was always very outgoing and popular.

She told the Sun: ‘When I was a teenager and my body started to change – I got boobs, I got a bum. I just loved my body so much.

‘Since then I have had three butt lifts as well as boob jobs and I also have [lip] filler and lots of other procedures.

The 29-year-old’s recent post of her struggling to fit in a chair comes after she also recently hit headlines for flashing her bum in public in a see-through outfit.

The Brazilian Butt Lift: How common is it?

With a Brazilian butt lift, fat is taken from various parts of the body and put with the buttocks.

It has grown increasingly popular in the United States, becoming the fastest-growing type of plastic surgery, according to 2015 statistics from the American Society of Plastic Surgeons.

Injecting fat into the butt can lead to problems if done improperly, including fat embolism – which is when fat enters the bloodstream and blocks a blood vessel.

The estimated death rate for BBL is 1 in 3000, according to PlasticSurgery.org.