The Commonwealth Ombudsman is investigating the federal Department of Agriculture, Water and Environment over its handling of a complaint against a major paper producer.

The probe will check whether the department ensured Opal Australian Paper was complying with the Illegal Logging Prohibition Act, which requires timber buyers such as paper producers to prove their supply meets local regulations. 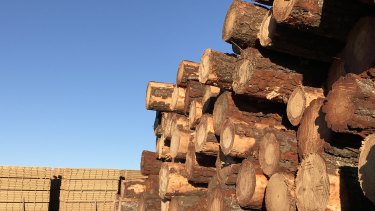 The Commonwealth Ombudsman is investigating the federal Department of Agriculture over its handling of a complaint against a paper company.

The Wilderness Society lodged a complaint with the department in March about Opal Australian Paper because it sources logs from VicForests, which the Federal Court found in May had unlawfully logged areas of rare possum habitat. Other breaches by the state-owned forestry agency were recorded by the Victorian Auditor-General in a report released in December.

In June, the Wilderness Society complained to the ombudsman that it had not received a response from the department.

Wilderness Society campaign director Amelia Young said since her organisation lodged its complaint with the department, more than "100,000 cubic metres of high-risk logs have flowed through the Opal Australian Paper mill gates".

"Overseas importers and domestic timber processors should be equally policed to remove dodgy timber from the market. Any failure to enforce illegal logging laws as they apply to domestic processors risks unfairly disadvantaging Aussie businesses which have made the effort to ensure that the wood and wood products they are importing are legal," Ms Young said.

Opal Australian Paper said the department had checked its arrangements to ensure its timber supply was legally sourced and found they were up to scratch.

"We take our regulatory obligations seriously. We are committed to meeting the requirements of the Illegal Logging Prohibition Regulation. The department has conducted a recent assessment and found our due diligence system to be compliant," Opal Australian Paper said in a statement.

A VicForests spokesman said the agency's logging and supply chains were certified under the Australian Standard for Sustainable Forest Management.

"We welcome the opportunity to work with processors to undertake due diligence in accordance with the Illegal Logging Prohibition Act, prior to them processing timber supplied by VicForests," the spokesman said.

A department spokesman said while it assessed compliance with the Illegal Logging Prohibition Act, the findings were not published due to commercially sensitive information.

The ombudsman said it did not comment on ongoing investigations.

Our weekly newsletter will deliver expert analysis of the race to the White House from our US correspondent Matthew Knott. Coming soon. Sign up now for the Herald‘s newsletter here, The Age‘s here, Brisbane Times‘ here and WAtoday‘s here.