This article contains major spoilers for The White Lotus.

There came a moment midway through The White Lotus finale that seemed to sum up the entire series. After a particularly worrisome coughing fit, bronzed bachelor Greg (Jon Gries) turns to Tanya (Jennifer Coolidge) and delivers a morbid truth. 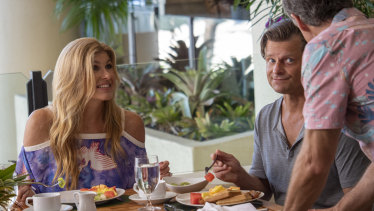 Connie Britton and Steve Zahn in HBO’s The White Lotus.Credit:HBO

“There’s something you should know. I’ve had some health issues,” explains Greg. “Don’t be surprised if I suddenly drop dead.”

For Tanya, who has been carting her mother’s ashes around, the realisation that her holiday hook-up may end with a fatality seems to make sense. She barely bats an eyelid.

“Death doesn’t have to spoil everything, right?” offers Greg, before taking a sip of his beer.

And therein lies the unspoken truth that has shadowed The White Lotus from the very first episode. We always knew there was a death to contend with: remember Shane (Jake Lacy) watching a box marked “Human remains” get loaded onto the plane in the flash-forward opening scene? 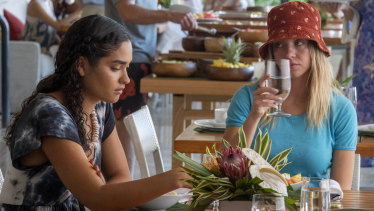 Brittany O’Grady and Sydney Sweeney in HBO’s The White Lotus.Credit:HBO

But it never seemed to matter all that much. The question of who might be in the box played second fiddle to a far more interesting question: who are these terrible people?

Whether it was Shane’s enduring battle to get upgraded to the Pineapple Suite or Tanya using the lure of wealth to buy a friendship with resort employee Belinda (Natasha Rothwell), the power of privilege was exposed for all to see. Rich white people are fair game in TV land right now, but The White Lotus managed to stand out even in a crowded marketplace.

And so it was that the finale found its strengths when tackling the complexity of the characters, while the revelation of who ended up dead felt flat – and borderline flimsy.

The tension between Armond and Shane had been building all season and in the finale it reached a fatal crescendo. After Shane engineers Armond’s sacking, the grin-and-bear-it resort manager chooses to stop grinning and stop bearing it. Time to check out of The White Lotus once and for all.

The death may have been anti-climactic, but The White Lotus wasn’t designed to be guessing game television in the vein of Mare of Easttown or The Undoing. It didn’t detract from the finale because the best action was taking place elsewhere.

Like in Shane and Rachel’s room, when Rachel (Alexandra Daddario) finally delivers the farewell speech we’ve been waiting for. “I genuinely cannot believe what a baby man you can be,” she says to a dumbstruck Shane. “Coddled by your mummy, who showed up on your honeymoon.” 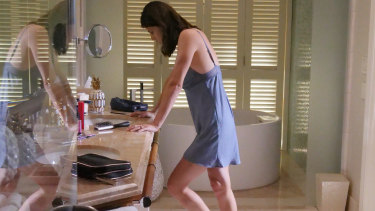 Or the inevitable showdown between faux-BFFs, Olivia (Sydney Sweeney) and Paula (Brittany O’Grady). “You think you’re like this rebel, but in the end, this is your tribe, your family, the people here,” Paula spits at Olivia. “That’s really manipulative, Paula,” counters Olivia.

And in a way, both teens are right, with each proving oblivious to their own privilege. Olivia rallies against the values of her capitalist parents from the comfort of her Hawaiian bungalow. Meanwhile, Paula’s misguided attempts to help Kai (Kekoa Scott Kekumano) get rich quickly display a foolishness that comes from never worrying about the consequences of her actions.

Particularly heartbreaking was the final exchange between Tanya and Belinda. Tanya has been dangling the ‘let me fund your business proposal’ carrot in front of Belinda all season long, but in the finale, she reneged. 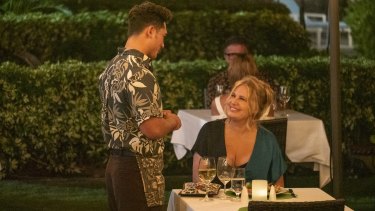 “The last thing I need in my life is another transactional relationship,” slurs Tanya, sliding over an envelope stuffed with cash as a make good. The ease with which she crushes Belinda’s dream is telling: for Tanya, it is barely an afterthought; to Belinda, it meant everything.

Ultimately, The White Lotus served to remind us that the more things change, the more they stay the same. We like to believe that going away will be a transformative experience, but in the end, there is no hiding from who you truly are, whether at home or in Hawaii.

Unsurprisingly, the success of The White Lotus has seen HBO rush to greenlight a second season. Season two will follow a different group of holidaymakers as they jet off to another White Lotus property.

While we will undoubtedly miss this complex cast of characters, you know what they say: change is as good as a holiday.