New Zealand will axe a tax benefit to property investors as it seeks to stop out-of-control house price growth across the nation that has pushed up values almost 25 per cent in Auckland alone over the past 12 months.

As part of a suite of measures the Ardern government says is aimed at keeping New Zealand houses affordable for first-time buyers, it will axe the ability of property investors to claim mortgage interest as a tax deduction against rental income. 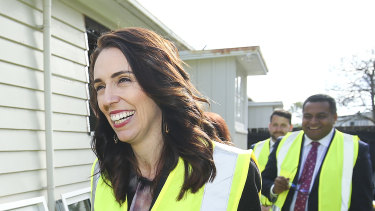 The system is similar to Australia’s negative gearing although here, investors are able to claim a tax deduction for mortgage interest against all their sources of income. Critics have claimed negative gearing has contributed to high house prices as property owners have lost tens of billions of dollars this decade alone.

House prices across New Zealand have soared over the past 12 months, even exceeding what has transpired in the Australian property market over the same period.

Prime Minister Jacinda Ardern said the package would increase housing supply and remove incentives for speculators, ultimately delivering a more sustainable housing market. “This is a package of both urgent and long-term measures that will increase housing supply, relieve pressure on the market and make it easier for first-home buyers,” she said.

“The housing crisis is a problem decades in the making that will take time to turn around, but these measures will make a difference.”

Outside of the tax change, the government is setting up a $3.8 billion ($3.5 billion) infrastructure fund to accelerate housing supply. First home grants and loans will be expanded with higher income and house price caps.

The package is on top of last month’s decision by the Ardern government to direct the NZ Reserve Bank to take into account house price sustainability when making financial stability decisions.

The bank has signalled it will use its macroprudential tools such as loan-to-value ratios, capital requirements for certain types of mortgage lending and bank stress testing to “moderate” housing demand, especially from investors.

Deputy PM and Finance Minister Grant Robertson said the recent increase in house prices was not only harmful to affordability but also a risk to economic stability.

“The New Zealand housing market has become the least affordable in the OECD. Taking action is in everyone’s interests as continuing to allow unsustainable house price growth could lead to a negative hit to the whole economy,” he said.

Economists for Kiwibank said in a note to clients that most of the changes were in the right direction.

They noted the $NZ3.8 billion infrastructure fund was a positive step but was only a “drop in a leaky bucket”.

“The tweaks to demand should take some heat off the market. But house price growth is still expected to remain in double-digit territory by the end of the 2021, eroding some of the changes made today to help first home buyers,” they said.

Start the day with major stories, exclusive coverage and expert opinion from our leading business journalists delivered to your inbox. Sign up here.