The New York City Council has passed legislation aimed at reforming the New York Police Department by making it easier to sue police officers for misconduct. The council on Thursday voted to limit qualified immunity, which became a focal point of the debate to reform policing across America last summer.

“I have clients who have definitely suffered unlawful arrests, unlawful searches and excessive force,” Sam Feldman, a New York City public defender, told CBS News. “I would say it’s not common for those people to sue about that, even when it’s happened to them, because it’s so difficult to win those cases.”

Qualified immunity was originally created by the Supreme Court in 1967 to provide a “good faith” defense for government officials if they believed their conduct was legal. But opponents of the doctrine say it’s since been co-opted.

The rule now requires a victim to show their “clearly established” constitutional or statutory rights were violated. This means finding an existing court decision that ruled the specific action in question is unconstitutional, which opponents say can be difficult, if not impossible in some cases.

New York City Council Speaker Corey Johnson said qualified immunity has been “used to deny justice to victims of police abuse” for decades. “It should never have been allowed, but I’m proud that we took action today to end it here in NYC,” Johnson tweeted.

In New York City’s case — lawmakers have created a law at the local level that pertains solely to the conduct of city police. Plaintiffs could still be blocked by qualified immunity if they sue under federal law, which Feldman said is likely to prompt more suits in city courts.

The measure only eliminates qualified immunity for police and does not extend to other government workers such as corrections officers or officials from child services.

Mayor Bill de Blasio said he supports the bill and that “a lot of work” went into aligning it with the George Floyd Justice in Policing Act, which House Democrats approved earlier this month. That measure would also limit qualified immunity.

“These reforms will confront centuries of over-policing in communities of color and strengthen the bonds between police and community,” de Blasio said in a statement Thursday. “Together, we’ll make our city safer and fairer for generations to come.”

The resolution is part of a broader package of police reforms, including providing the Civilian Complaint Review Board, which investigates misconduct, the resources to focus on racial bias in policing. The City Council also approved the mayor’s $72 million plan to improve police accountability and transparency. 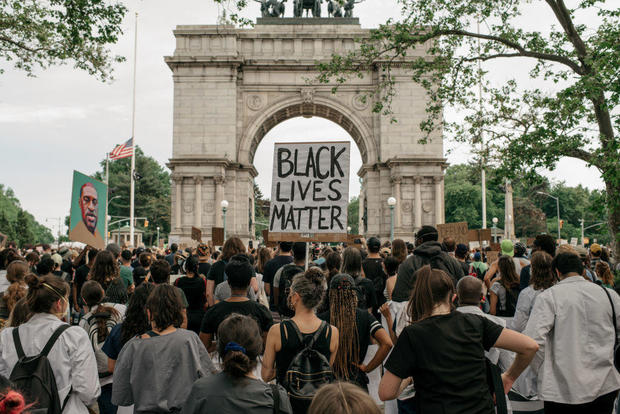 Critics of reforming qualified immunity say the doctrine gives officers the discretion to make split-second decisions when their lives could be at risk. Those critics believe reform will hurt the recruitment and retention of qualified officers.

“Every bill that they put in is making it more difficult for our detectives and the police in the street to do their job,” said Paul DiGiacomo, the president of the Detectives Endowment Association, a union that represents thousands of NYPD officers.

New York City spends roughly $170 million each year on police misconduct settlements, according to a report from the Marshall Project and FiveThirtyEight. That’s because the city often bears the responsibility to pay damages for the alleged misconduct of police officers.

“If a doctor gets sued, they don’t have to pay out-of-pocket but they may no longer be able to afford their malpractice insurance,” said Susan Kang, an associate professor of political science at John Jay College of Criminal Justice. “That’s a really strong incentive for them to be extremely cautious in their practice of medicine. But this bill doesn’t have that sort of individual disciplinary component to it.”