KFC has a new Mountain Dew flavor on tap, and you’ll have to visit the restaurant if you want to try it. That’s because Mountain Dew’s new Sweet Lightning soda at KFC will be exclusive to the fried chicken hub — so start planning your lunch trips. The brand new soda, which was officially announced on June 11, features a sweet taste that’s different than the OG Mountain Dew you know and love. Plus, it was specifically created to pair with your fave KFC chicken dish, which means you’ll have a new drink to sip on when you visit.

Let’s take it from the top. PepsiCo announced its new Sweet Lightning Mountain Dew in a press release on Tuesday, June 11, but the drink itself won’t be available at KFC locations nationwide until July 1, 2019. (In other words, don’t grab your car keys and head to your nearest KFC just yet.) Before it’s released, you’ll probably want to know more details about the new drink, including its flavors and which chicken dish it goes best with. Don’t worry, though; I have the deets.

Oh, you might *also* be wondering who the drink’s named after. If that’s the case, check out Mountain Dew’s YouTube video below.

As you can see, Sweet Lightning is named after "Sweet," a fictional character representing the drink who made a deal with Colonel Sanders that the new Mountain Dew soda would only be available at KFC locations. (That’s how the narrative goes, at least.)

In all seriousness, the new soda will be exclusive to KFC restaurants, and its flavors were crafted to pair well with the company’s Original Recipe chicken, per PepsiCo. For reference, the soda features flavors of peaches and honey, which means your next KFC trip will be a lot sweeter.

Andrea Zahumensky, chief marketing officer of KFC U.S., talked about the new drink in a press release. She said, "With the addition of Sweet Lightning, we now have a drink that is as unique to KFC as the Colonel’s secret blend of 11 herbs and spices. And like our world-famous fried chicken, Sweet Lightning will keep fans coming back for more."

I don’t know about you, but I’d sip on Sweet Lightning with or without the chicken. It sounds super refreshing — especially in the midst of summer. 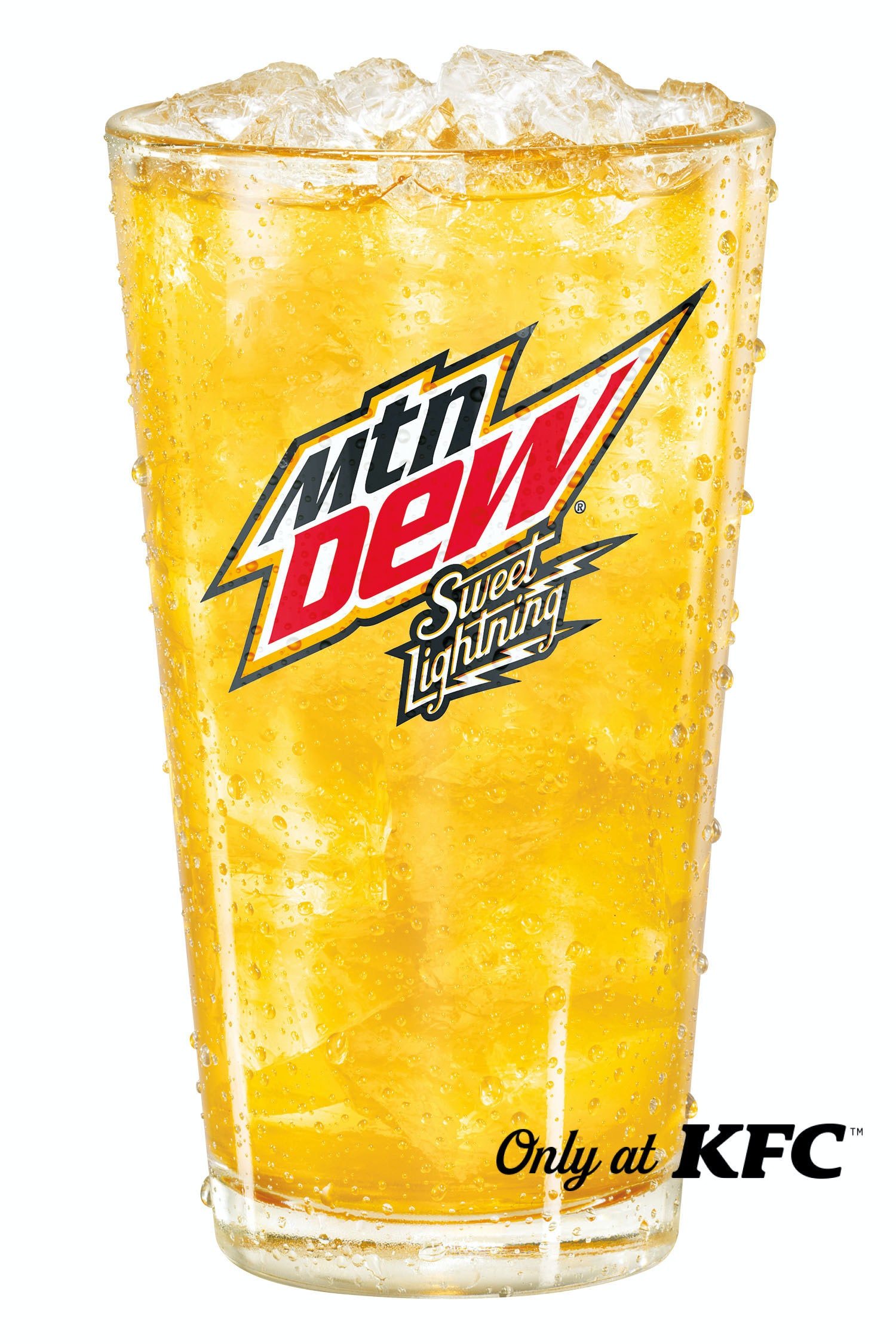 In case you’re wondering, KFC has never offered an exclusive drink before Sweet Lightning. That’s a pretty big deal — and if you want to get in on the fun, mark your calendars for July 1. There’s no real rush, though, because Sweet Lightning will be a permanent addition to KFC’s drink menu. (Yay!)

In order to find a KFC location near you, head to the company’s online store locator and enter your city or zip code. After doing so, local KFC spots should populate on your screen. When they do, you can start planning your Sweet Lightning-inspired KFC trip. While you’re there, remember to pair it with the Original Recipe chicken, because that’s what it was created for.

You could always sip the drink on its own, too. I’m sure it’d be just as delicious.