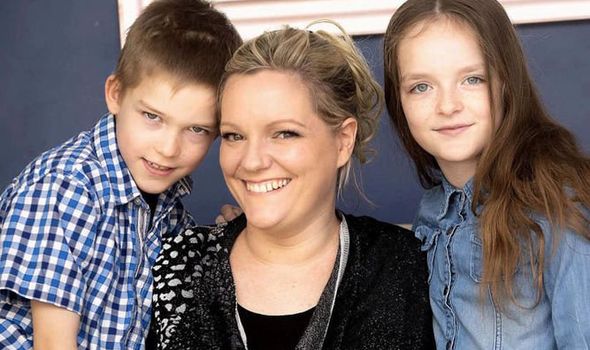 But only two of those seven babies survived, to become Elizabeth Hutton’s children Emily and Joshua. The other five lives were miscarried. Elizabeth has just released the photograph on Instagram to show that behind every mother there could be that unseen heartbreak of losing one or more children. Elizabeth, 39, who works for the stillbirth charity Kicks Count, says: “If my journey to motherhood has taught me anything, it is that life is a miracle that shouldn’t be taken for granted.

“I took this picture to show that motherhood is rarely a straightforward path. This photo is my story and I consider every baby to be a vital part of it.

“Miscarriage is often suffered silently by women and I want to show that it doesn’t have to be like that. It’s important that it’s talked about. I always say that I have two children and I’ve lost five.”

Elizabeth had always wanted three children. She and husband Matthew, 42, a car salesman, started trying for a family after they married in August 2006, and a month later she discovered she was pregnant.

Elizabeth, of Ripley, Surrey, says: “I was ecstatic to be pregnant, but just three weeks later I started getting stomach cramps. 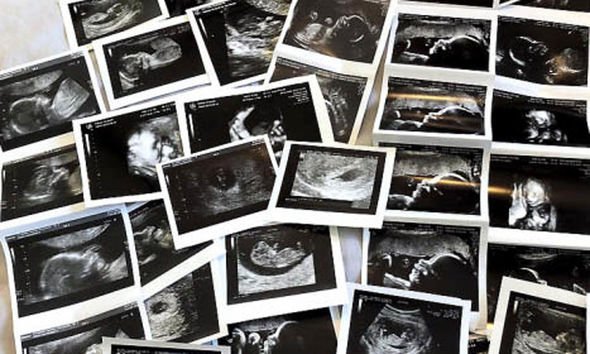 “The GP referred me for a scan at the hospital which revealed that I was having twins. It would have been amazing, except for the devastating news that there wasn’t a single heartbeat. Both of the twins had passed away at eight weeks.

“I just couldn’t stop crying for the lives I’d lost. All my life I’d been told how easy it was to fall pregnant, but now this had happened, I felt my world had been turned upside down.

“Whilst most people were supportive, others were less sympathetic about my miscarriage and just told me to try again.”

This time the pregnancy was successful and daughter Emily, now 10, arrived in June 2008, a healthy 8lb 7oz.

“It wasn’t an easy birth,” says Elizabeth. “There was a problem with her shoulders getting stuck and I had an emergency caesarian. But eventually she did arrive safely, which was such a relief.”

In January 2010 Elizabeth fell pregnant again, and initially the pregnancy went smoothly. But tragically half way through the pregnancy she lost the baby she’d named Toby.

She says: “In desperation I went online to find support groups where I met other mothers who had lost babies. I was shocked to discover how many of us there were.

“It’s rarely discussed but every day nine babies are stillborn in the UK. It made me want to help so I contacted the founder of the stillbirth charity Kicks Count, whose daughter had died three days before her due date.”

Since July 2010 Elizabeth has helped the charity, sending out its wristbands that help mothers keep count of their baby’s kicks. It was at this time that she discovered she was pregnant for a sixth time, and in April 2011 she gave birth to Joshua, 6lb 9oz.

Just two years later she was diagnosed with breast cancer and had a double mastectomy and six rounds of chemotherapy. She also had her ovaries removed, ending her dream of a three-child family.

She says: “I couldn’t have any more children but I didn’t mind. My journey to motherhood has taught me to appreciate that life is a miracle.

“And that’s why I posted the photo of all my scans. I had such a response from other women to say they had been through similar experiences. It’s shocking when you see all the scans together and see the lives that have been lost, how they had started off.

“I feel very lucky to be a mother of two lovely children. I just wanted to do it to raise awareness of baby loss and remember those lives lost.”