MILAN — From the Von Furstenbergs in the Alps in the ‘70s to American rapper Lil Nas X, Kim Kardashian and Billie Eilish, the common thread is a pair of Moon Boots.

The times may be different, but celebrities continue to be fascinated with the iconic winter footwear, which is going through a new phase, rejuvenated by a new team, keen to create a community around the label and building social media buzz.

Last month, former Moncler executive Mirko Massignan joined Moon Boot as general manager. After 11 years at Moncler, where he held the role of worldwide commercial director of wholesale, Massignan is tasked with expanding the brand globally. “Moon Boot’s potential is infinite: it still doesn’t have a business in Asia and in the U.S., it’s a unique product, unrivaled after 51 years, and it has a legacy,” said Massignan in the newly opened showroom in Milan’s tony Via Borgonuovo, a few feet away from Giorgio Armani’s headquarters.

Italmobiliare, the investment group owned by the Pesenti family, acquired a 40 percent stake in outdoor footwear and ski equipment specialist Tecnica Group in 2017, which operates Moon Boot, for 60 million euros.

Jonathan Cohen, Markarian, and Sergio Hudson on Being in the Inauguration Fashion Spotlight

The agreement was signed between Italmobiliare and the Zanatta family, which founded the Tecnica Group in 1960, based in Giaviera del Montello near Treviso, Italy. Under the Tecnica umbrella are the namesake Tecnica outdoor shoe and ski boot brand, as well as specialized labels, such as Nordica and Rollerblade, to name a few.

Among its many diversified investments, Italmobiliare in May 2016 acquired Italian private equity fund Clessidra Sgr, which at the time controlled the Roberto Cavalli and Buccellati brands.

Moon Boot was founded in 1969 by Giancarlo Zanatta, who created the footwear after seeing the landing on the Moon in July of that year, fascinated by the event and inspired by the astronauts’ boots.

The Moon Boot, with its ambidextrous and trademarked design, has been exhibited at The Museum of Modern Art and at the Guggenheim in New York, as well as in Milan’s Triennale Museum, noted Massignan.

However, while respectful of this heritage and “its bold aesthetic and playful gender-neutral spirit,” Massignan, flanked by Allegra Benini, who joined the company as head of marketing from L’Officiel, is intent on dusting off the brand.

“Moon Boot was perceived as an elitist brand, associated with skiing in the Alps and women wearing fur coats,” remarked Massignan. This is changing dramatically through the spontaneous help of artists like Lil Nas X, who wore Moon Boots in his Holiday music video at the end of last year. “He represents all that we want Moon Boot to be, promoting inclusivity and diversity,” said Benini. The same can be said about Billie Eilish, who’s seen wearing Moon Boots in a lime color — matching her hair — on her Instagram account, and Winnie Harlow vacationing in Aspen, Colo. Kim Kardashian promoted her KKW Beauty holiday collection by sexily posing on Instagram wearing silver metallic Moon Boots and a white bodysuit — not paid by Moon Boot, underscored Benini. 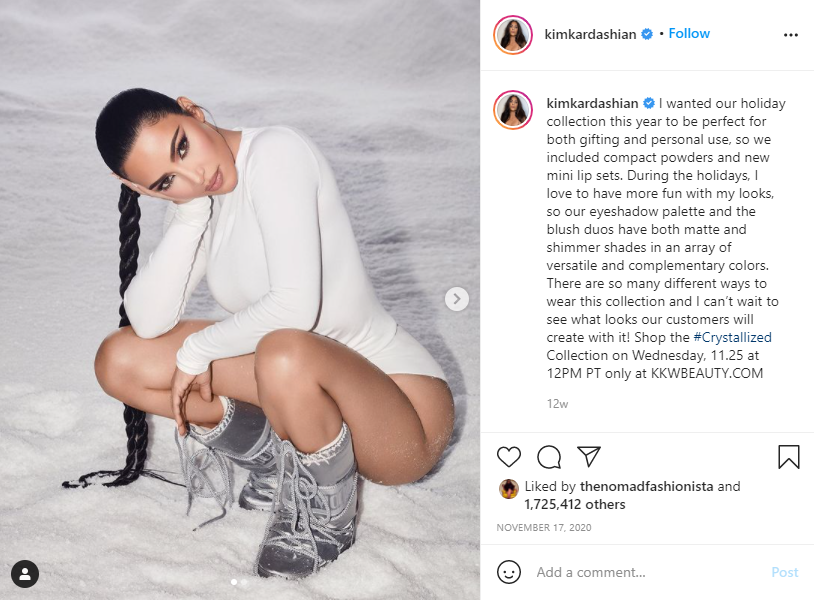 To chart a new path, in September 2020 Moon Boot erased all previous posts on Instagram and a new ad campaign will bow in September of this year fronted by a diverse cast, in sync with the brand’s more modern image, noted Benini.

While Massignan is eyeing new categories and mini capsules of hats, gloves or outerwear, he is also spearheading the launch of a new men’s collection under the Protecht line, which will be in stores in September, retailing at between 265 and 450 euros. Conceived to offer the right protection in the snow, but also during rainy days in the city, the Protecht, as in protection meets technology, range carries high and low rain boots crafted from rubberized nylon, showing a tone-on-tone sole. The men’s offer, which is entirely made in Italy, conversely to other models made in Romania, for example, includes a functional boot also presented in sporty Cordura or leather and shearling.

There are no Moon Boot stores yet, but the label is carried by around 1,600 multibrand stores. Online sales account for 10 percent of total revenues. Online sales tripled in the U.S. in the past two months, he noted, declining to provide sales figures for the brand.

Moon Boot will land on Tmall in September and Massignan hopes to capitalize on the “increased interest in China for skiing, ahead of the Beijing Winter Olympics next year.”

As reported, pushed heavily by the government, the Chinese are picking up skis and snowboards and heading for the slopes in record numbers. By 2022, the ski market is expected to be $3.97 billion, a nearly fivefold increase from 2015, according to a 2019 report by the EU SME Centre.

For fall 2021, Moon Boot’s signature snow boot, the Icon, will be available in a tall and low version, in new colors, spanning from cream white and military green to a bright shade of sunflower yellow. Winking to Instagram, designs in the new Reflex material make the boots glow in the dark. There is also a style with metallic shades of the vinyl lacquered options.

The Lab 69 range offers boots featuring a flexible sole, printed with ironic and bold zebra and cow patterns, or waterproof velvet, as well as suede mixed with a tartan fabric and tactile jute.

“We hope to become the winter Converse that has value for the community,” said Massignan.