The actress, who scored an Oscar nomination for her work in the film, was both relieved he allegedly did not find her "f—able," while worried he could still kill her career.

Minnie Driver’s breakout role almost didn’t happen. The actress scored an Oscar nomination for her work in the film “Good Will Hunting” opposite Matt Damon, but she says that had Harvey Weinstein had his way, she wouldn’t have been there at all.

Thankfully for Driver, Damon joined with the film’s team to fight for her to stay in the film after producer Harvey Weinstein allegedly declared that she was no good for the project because “nobody would want to f— her.” 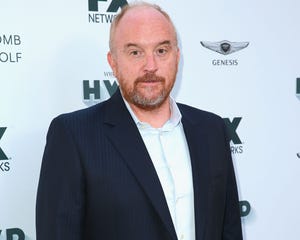 Driver made the claim during an interview with The Times of London over the weekend. She said that she remembered feeling “so devastated” until she considered the source. “That is an utterable pig,” she recalled thinking. “Why on earth are you worried about this f— saying that you are not sexy?”

At the same time, she was fully aware that Weinstein at the time held incredible sway in the industry, purportedly able to make or break careers with just a few words. “There are ramifications of that,” Driver said of being found undesirable by him.

There’s also that voice that creeps in the back of your mind and wonders if he’s not the only one who feels this way. “Maybe I am not going to be hired because people don’t think I have the sexual quality that is required,” she mused. 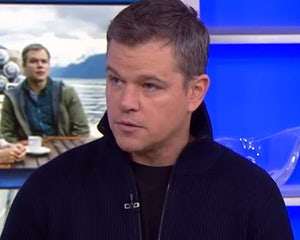 Now, with the benefit of hindsight and the full knowledge of the disgraced producer’s abhorrent behavior over years, Driver has even more complicated feelings about his alleged offensive comments regarding her.

“How awful to think that I was one of the lucky ones because he didn’t think I was f—able,” she told The Times. “And how amazing and wonderful that it has turned around and young men and women in my industry are not going to experience that.”

A representative for Weinstein confirmed to the outlet that he wanted Driver replaced in the film, but not for the reasons she cited. Instead, he merely wanted Ashley Judd in the role instead.

According to his representative, Weinstein believes Driver “is an excellent actor” and admits he was wrong about the film. He is currently serving a 23-year sentence for a criminal sexual act and rape.