Fredrik Eklund reveals he is 160 days sober, was a ‘high-functional addict’

Tyler Whitman is embracing his sobriety.

While “Million Dollar Listing New York” fans won’t see the 35-year-old real estate broker give up alcohol this season, he has learned a lot from reliving his journey on TV.

“I know when I was struggling and when I wasn’t on the show, and for me, there is such a clear difference,” he told Page Six in a new interview. “It was basically everything that was pre-pandemic were my darkest days with alcohol. There were times that the producers and nobody that I was filming with knew but where I knew I was very drunk for the actual scenes, and it was hard for me to watch that.”

Whitman said that some of the toughest scenes for him to watch are the ones in which he was “being nasty” to co-star Kirsten Jordan.

“I was like, ‘Oh God,’” he admitted. “I remember I was so nervous before that, and I was drinking, and I was like, ‘That is such like a drunk, you know, immature Tyler reaction.’ And then now I see myself, you know, in sobriety, I’m so much more grounded. I’m more patient. I’m more confident. I have what I call sober reactions, which is where I stand up for myself, but with dignity and respect.”

Whitman recalled watching the July 15 episode, in which he gave Fredrik Eklund a low-ball offer on one of his properties, with pride because of the way he handled himself in the situation while sober.

“I was like, ‘I stood up for my client, I did what was right, and I wasn’t mean, and I wasn’t rude. I was professional, but I was confident, and I was heard, and I was understood,’” he said. “And I was like, ‘That’s who I want to be in this world. Like, that’s the life I want to live.’ That’s been such a gift of this show for me, personally.” 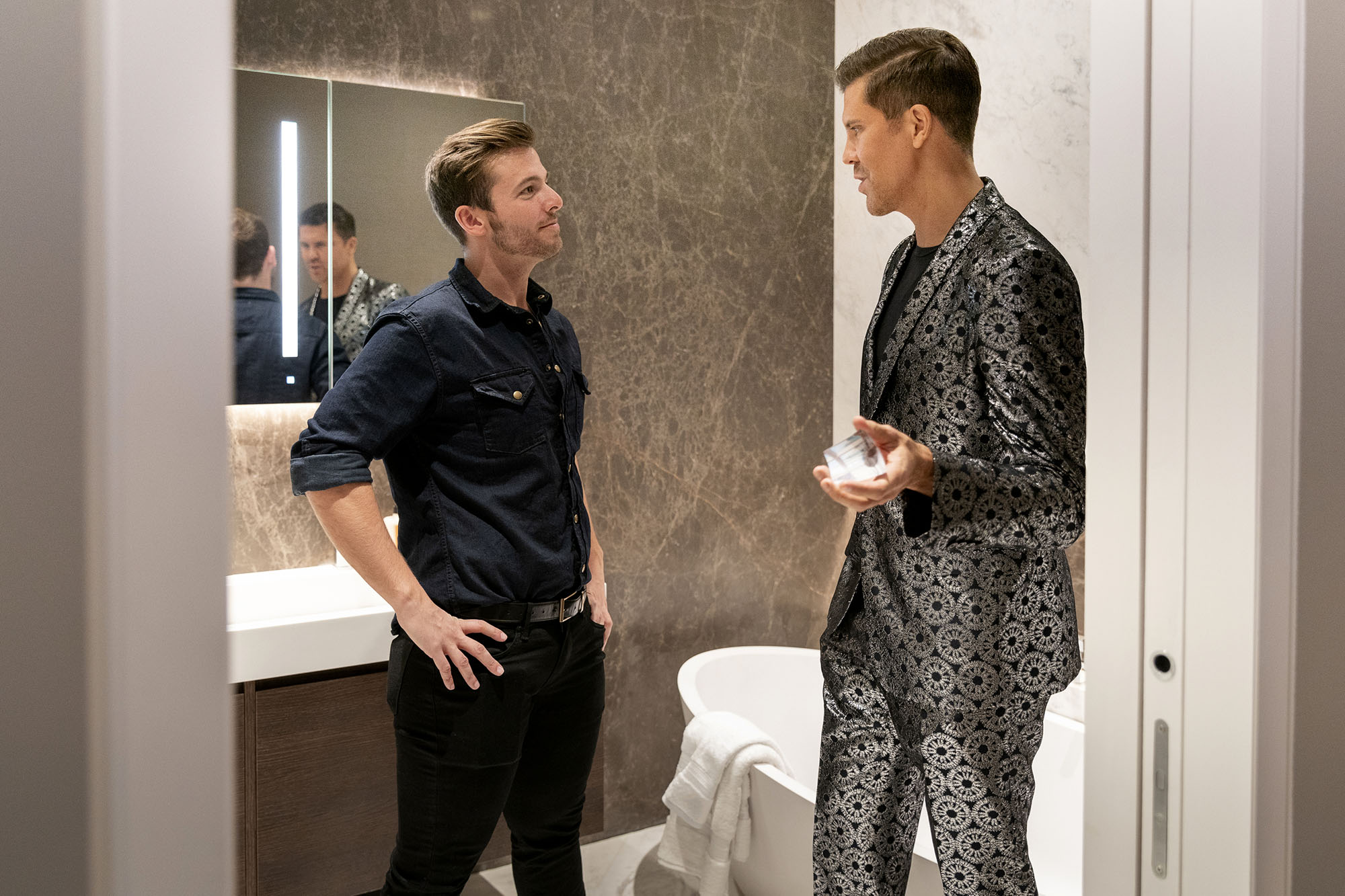 Now, Whitman has formed an unlikely bond with Eklund, 43, over their sobriety journeys as Eklund revealed on Instagram in March that he was 160 days sober.

“The only person that I’ve actually spoken to in a good bit about is with Frederik,” he said. “Frederik also quit drinking, and he announced it, I guess, probably a similar time to when I did, and neither of us knew that each other had quit drinking until we posted it.”

Whitman explained that while they would often film scenes together, they never divulged personal details with each other.

“It was nice to be able to connect to him about that,” he said, noting that he recently received a text message from Eklund.

“He was checking in, and he was like, ‘How’s your sobriety going?’ And, you know, it has been nice,” Whitman said. “It’s definitely been nice to share that with him.” 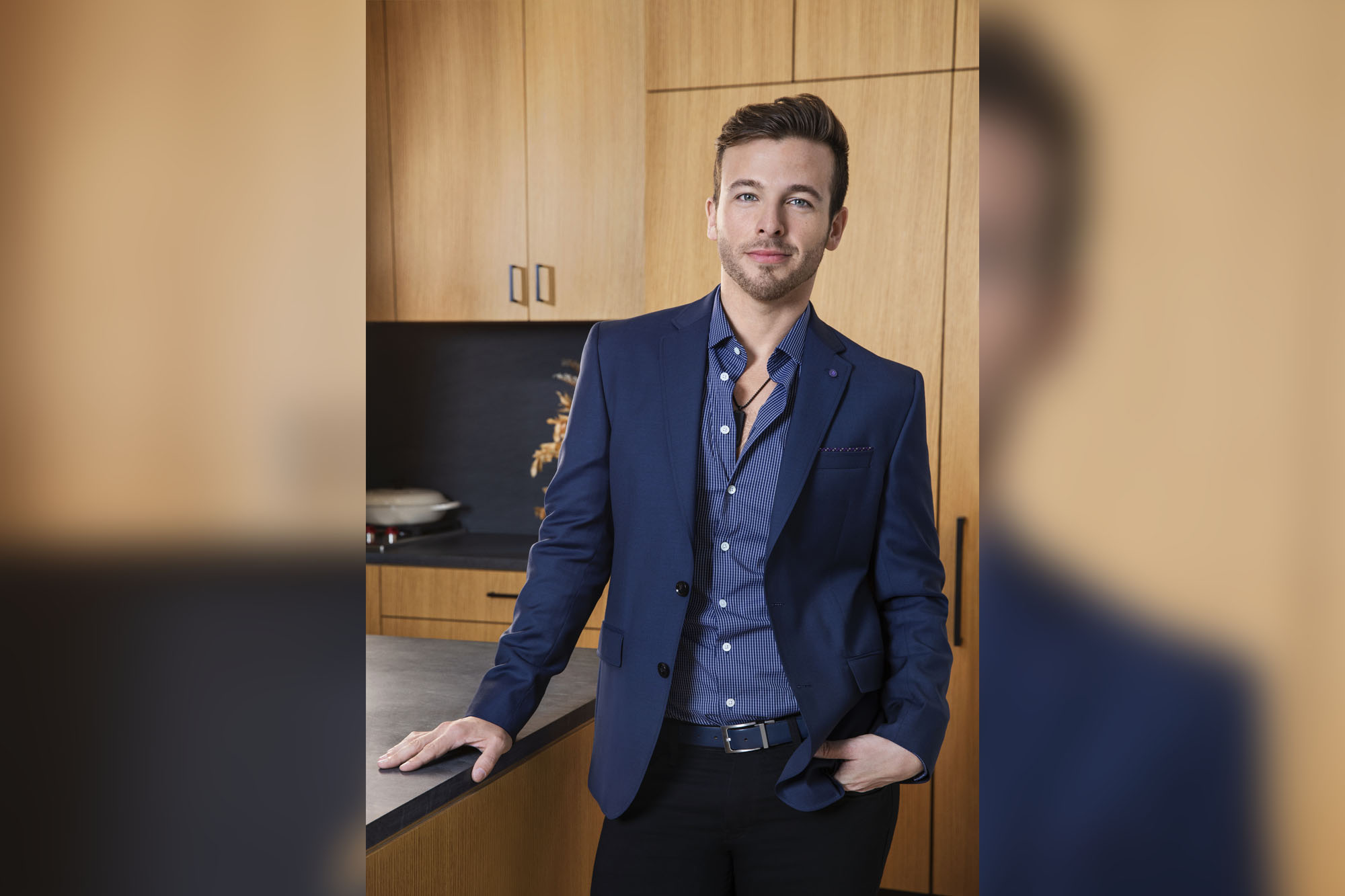 The Triplemint founder explained that he was drinking every day during the beginning of the COVID-19 pandemic with a friend he quarantined with — until he came to a realization that he couldn’t keep up with his habits.

“I came home with two bottles of wine on April 15, and I drank them both over tears, and that was the last sip of alcohol I had,” he said.

Whitman noted that while “the first few months were really hard” and his “cravings were overwhelming,” he feels better mentally and physically today.

“It’s been very enlightening,” he said. “I had been struggling with drinking. It didn’t really start until I turned 30, and then it was gradual. And then by the time I was like 32, 33, it was pretty out of control. But because I was very high-functioning and I didn’t get, like, the worst hangovers, I was still showing up for work. I wasn’t mean. And so I was kind of just getting away with it. And I think because of that, I wasn’t putting a huge effort into fixing this problem that I was very aware of. I was very aware of it. But it was like my dirty little secret.”