Barack Obama turned 59 years old on Tuesday and received a sweet message from Michelle Obama. "Happy birthday to my favorite guy," she wrote in part of her post. 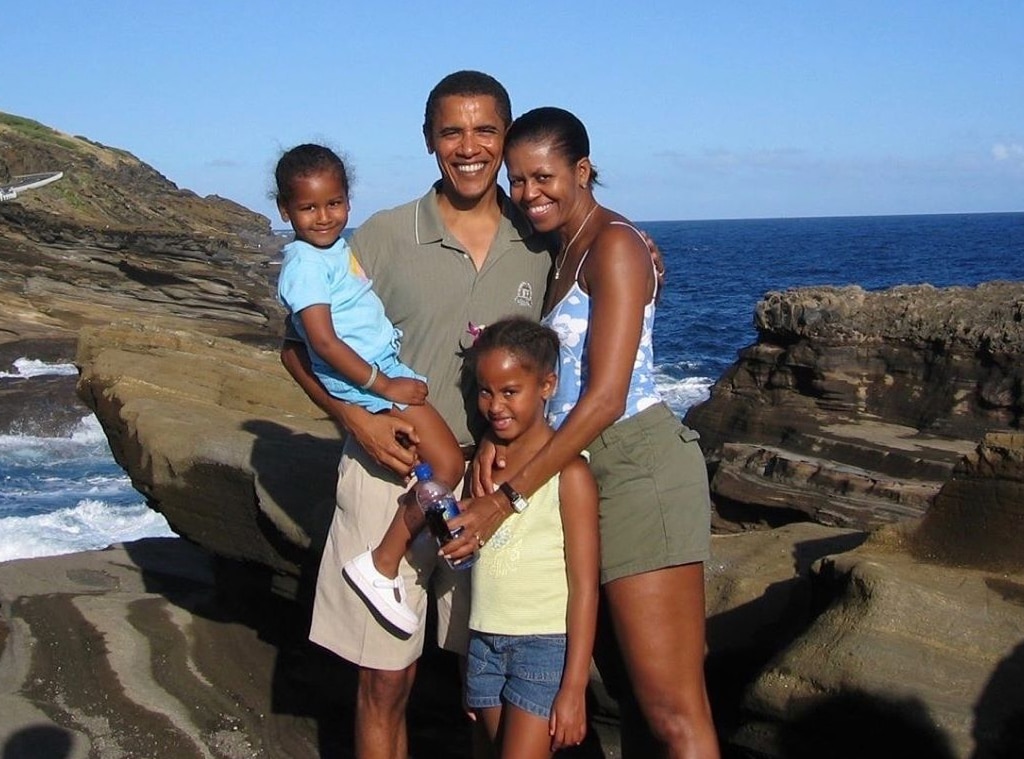 The 44th president of the United States turned 59 years old on Tuesday, Aug. 4. To celebrate, Michelle Obama took to Instagram and shared a sweet message for her husband.

"Happy birthday to my favorite guy," the former First Lady wrote on the social network. "Here's to all the good days, blue skies, and new adventures to come."

She also shared a throwback photo of the couple with their daughters Malia Obama, 22, and Sasha Obama, 19.

The Becoming author recently invited her spouse to be her first guest on The Michelle Obama Podcast. At one point during the conversation, Michelle looked back at the beginning of their relationship and spoke about how the former president's commitment to caring about and helping others captured her heart.

"One of the reasons I fell in love with you is because you're guided by the principle that we are each other's brothers' and sisters' keepers," she said. "And that's how I was raised."

"You're cute but you know," Michelle teased back.

Near the end of the episode, the Obamas spoke about the importance of community and encouraged young people to build lives that are selfless. The couple, who have been married for nearly three decades, then expressed their hope for their daughters.

"When you and I think about what's the inheritance that we'd like to leave Malia and Sasha, more than anything what it would be is that they're living in a country that respects everybody and looks after everybody [and] celebrates and sees everybody," Barack said. "Cause we know that if we're not around, that those girls are in a society like that, they'll be fine."