‘I knew when he ran, he would win’: Melania Trump says she always believed Donald would be president and that her life as a model and immigrant has prepared her to be the First Lady

Melania Trump has revealed she always knew her husband would win the US presidential election ‘if and when he ran,’ as she opens up about how her childhood in Slovenia and travels as a model has led her to serve as First Lady.

In a rare interview featured in the November issue of the British lifestyle magazine Tatler, the 50-year-old former model spoke about her humble beginnings, her strong belief in capitalism, and Donald Trump’s presidency.

Melania recalled how her husband announced on the Larry King Live show in 1999 that he was considering running for office, but she said they had known then that the time was not right.

Opening up: Melania Trump, 50, spoke about her humble beginnings, her belief in capitalism, and President Donald Trump in an interview with Tatler

‘We knew it wasn’t the time. But I did know that if and when he ran, he would win,’ she told the publication.

Following Trump’s stunning defeat of Democratic nominee and former Secretary of State Hillary Clinton in the 2016 presidential election, he, his wife, and their son Barron moved from Trump Tower penthouse to the White House. 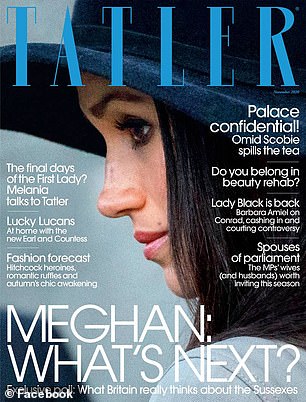 Cover: The interview is featured in the November issue of the British magazine

As First Lady, Melania launched her Be Best initiative, which focuses on well-being, online safety, and tackling opioid abuse.

After three and a half years in office, she shared that she is most proud of the measures the Trump administration has taken against addiction.

‘We have to take away the stigma and shame that comes with addiction and treat it as an illness,’ she said. ‘I’m proud of the strides and results this administration has made, resulting in saved lives.’

Melania was born Melanija Knavs in 1970 and grew up in the Slovenian industrial town of Sevnica.

Her father, Viktor Knavs, was a car dealer, and her mother, Amalija Knavs, was a designer for children’s clothing.

‘I grew up with a beautiful family and had a wonderful childhood,’ she said. ‘My mother and father taught us the importance of education, hard work, and family.’

Melania started modeling when she was 16, and by the time she was 18, she was signed with an agency in Milan, Italy. She worked in both Milan and Paris before she moved to New York in 1996.

She met her future husband at a fashion party in 1998, and they married in a lavish ceremony in Palm Beach, Florida, in 2005. A year later, they welcomed their only child together, Barron, who is now 14.

Trump has a total of five children. He shares three children — Don Jr., Ivanka, and Eric — with his first wife Ivana Trump, and he has a younger daughter — Tiffany — with his second wife Marla Maples.

Melania told Tatler that her childhood and subsequent years living across Europe had prepared her for where she is now. 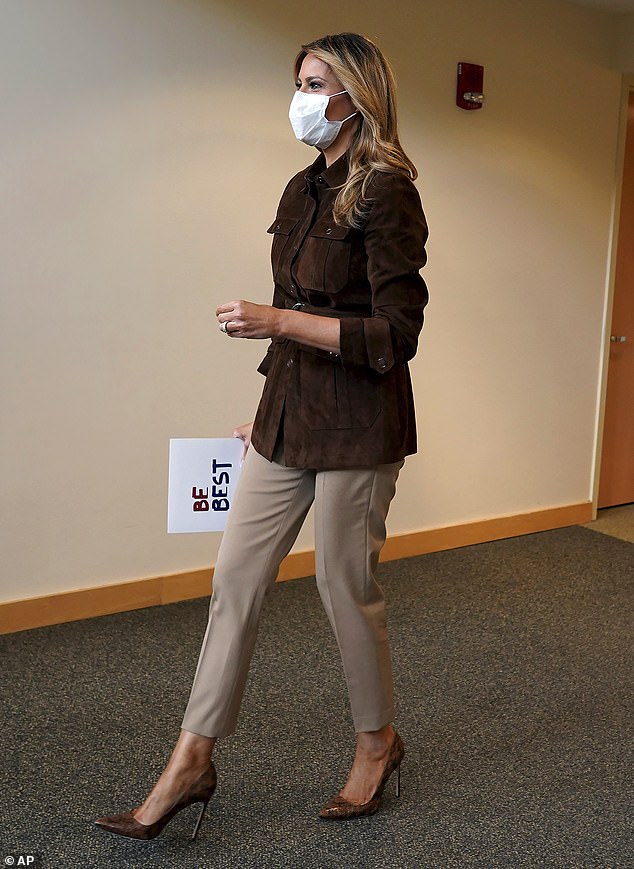 Accomplishments: Melania, pictured at Concord Hospital in New Hampshire, said she is most proud of the measures the Trump administration has taken against addiction 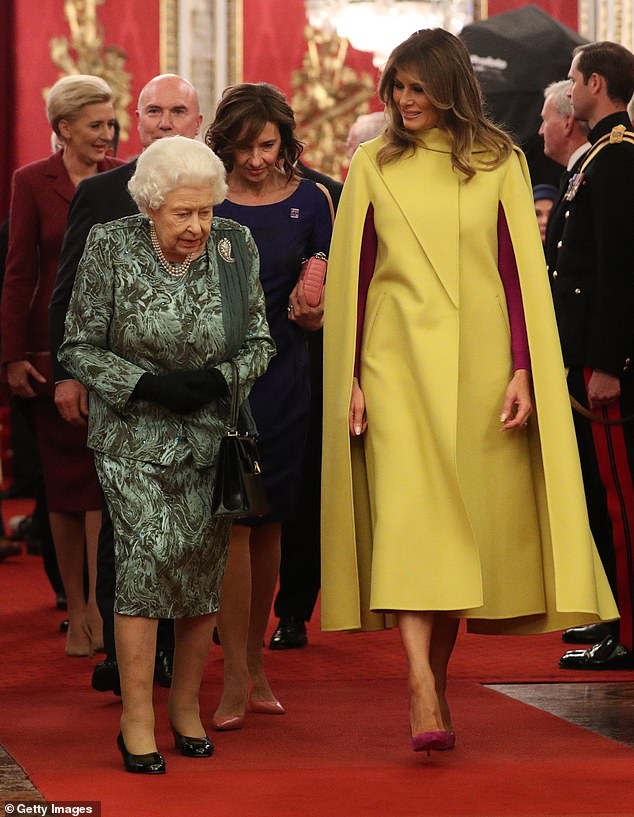 Making history: Melania, pictured with Queen Elizabeth II in December, is the first First Lady to be a naturalized citizen as well as the first whose native language is not English 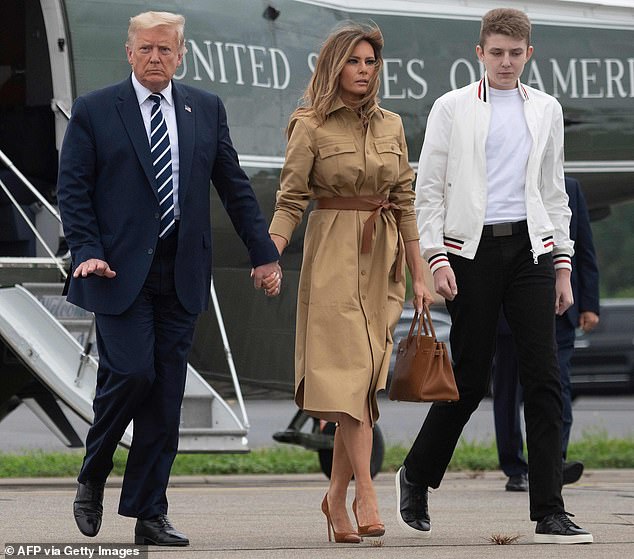 Family: The President and First Lady have one child together, 14-year-old Barron

‘Growing up in Slovenia, living in both Milan and Paris at a young age, then moving to the United States and living in New York City in my 20s — all of that has led to my serving our great nation as First Lady,’ she said.

Melania is the first First Lady to be a naturalized citizen as well as the first whose native language is not English.

When asked how her life experiences had shaped her, she said: ‘I can tell you that I believe in free-market capitalism.’

Melania’s interview is promoted on the cover of the magazine with the headline: ‘The final days of the First Lady? Melania talks to Tatler.’

While she rarely does in-depth interviews, she does not star on the cover of the November issue. That honor has gone to another internationally recognized woman from a powerful family: Meghan Markle.