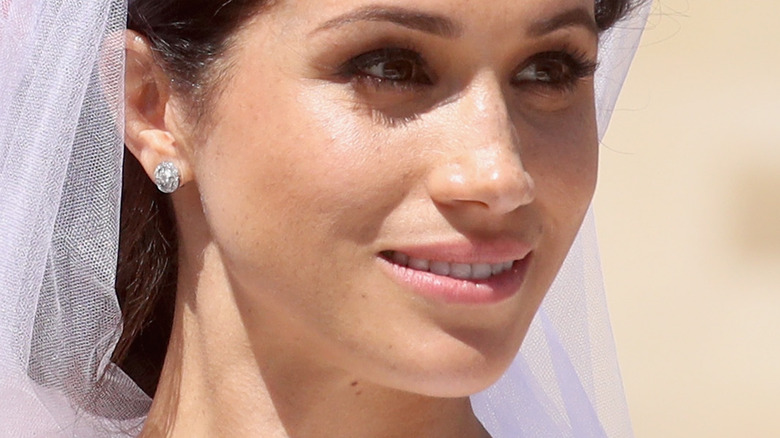 The media has compared Meghan Markle and Kate Middleton to one another for years. The two women, who are married to brothers Prince Harry and Prince William, are among the most recognizable faces in the world as members of the British royal family. Both Meghan and Kate have given to charity, spoke out about issues important to them, and have made big impacts with their activist work (via The Independent). There has been much talk in the tabloids about a feud between Markle and Middleton. So much so that Markle spoke out about it during her famous tell-all interview with Oprah Winfrey earlier this year. “If you love me, you don’t have to hate her,” Markle said. “And if you love her, you don’t have to hate me,” per Insider.

Back in 2019, sources opened up about the pair being pitted against each other in the media. “Meghan is very aware that Kate will be Queen; their roles are very clear,” the source told People. “Meghan doesn’t fit the mold, while Kate was groomed for this,” the insider continued. “What’s challenging is when they are pitted against each other. That’s been challenging to both of them. Meghan has her life, Kate has hers.”

This week, Markle and Middleton were compared yet again when their wedding dresses were ranked among the most popular of the decade.

Meghan and Kate top the list of most popular wedding dresses 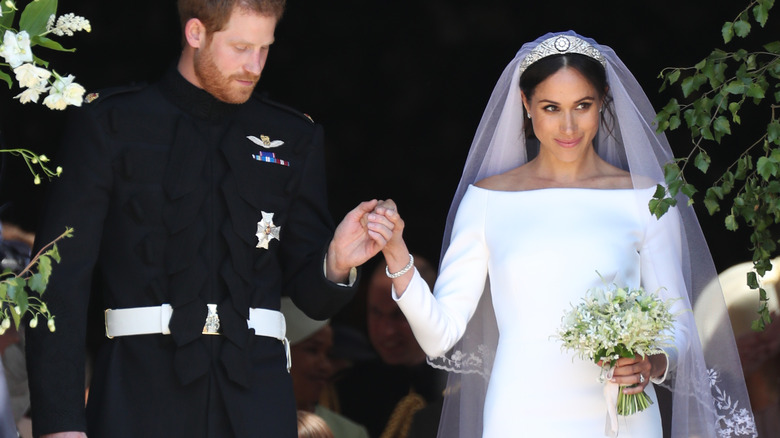 According to Tatler, Meghan Markle’s wedding gown has been named the most popular of the last decade. Markle wore the white silk Givenchy gown during her May 2018 wedding to Prince Harry. Clare Waight Keller, who designed the gown, called the dress a “timeless piece that would emphasize the iconic codes of Givenchy throughout its history, as well as convey modernity through sleek lines and sharp cuts.” While Meghan topped the coveted list, her sister-in-law Kate Middleton came in at a close second. Middleton’s Alexander McQueen dress was designed by SarahBurton and featured a lace design over top of a flowing skirt and a sweetheart neckline.

People reports that the competition was stiff and that Middleton didn’t lose out to Markle by much. Gift specialists at Find Me A Gift ran the numbers on celebrity wedding dresses to find out that Markle’s dress was searched for an average of 21,900 times per month in the U.K. since her nuptials. Meanwhile, Middleton’s dress has averaged about 21,500 monthly U.K. searches since her 2011 wedding to Prince William.

While Markle and Middleton stole the show and won the top two spots on the list, they weren’t the only ones who impressed. The third spot belongs to Hailey Baldwin, the young model who married singer Justin Bieber in 2018. Coming in fourth was Ariana Grande, who married her husband Dalton Gomez earlier this year. Rounding out the top five was singer Ellie Goulding, who wed her beau Caspar Jopling in 2019.