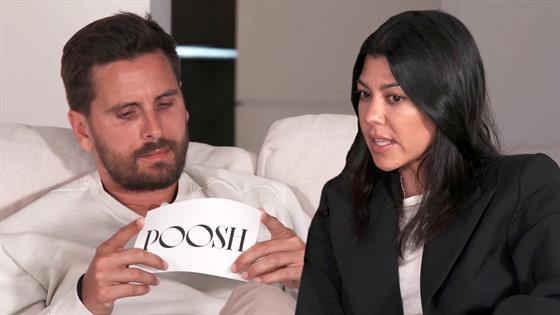 Over the weekend, the eldest Kardashian kid made his TikTok debut with the help of mom Kourtney Kardashian. With an impressive 68,000 followers under his belt, it’s safe to say that he’s already one of the app’s favorite accounts.

For his most recent video, the adorable kiddo can be seen busting a move as he masters the viral Global.jones Dance Challenge. As he makes his way through the choreography, Kourtney made a sweet cameo and gave the camera a quick wave. The POOSH founder isn’t the only face Keeping Up With the Kardashians fans will recognize. If you look closely, you can see Mason’s younger siblings Penelope Disick, 7, and Reign Disick, 5, in the background. Also in attendance are cousins North West, 6, and Saint West, 4.

When he’s not showing off his dancing skills, Mason loves to document his playdates with his friends on his account, which includes taking a cereal break in between making TikTok videos.

And, in true Kardashian fashion, there are plenty of wardrobe changes. In one video, Mason can be seen giving his followers a look into his closet as he tries on different outfits for the camera. He also proved he knows how to flex in another video, where he put his colorful collection of Nike sneakers on display.

Mason isn’t the only famous youngin on TikTok these days. As the app becomes more popular, celebrity kids like Coco Arquette, Romeo Beckham and Iris Apatow have all taken up residence. And, it’s not uncommon for their A-list parents to make appearances on their accounts.

One of Mason’s in Tik Toks! Featuring Kourtney, Fai, North, Saint, Reign, P and one of their nannies or a person that works for them ❤️❤️ how cute ??

One of Mason’s in Tik Toks! Featuring Kourtney, Fai, North, Saint, Reign, P and one of their nannies or a person that works for them ❤️❤️ how cute ??

Earlier this month, Courteney Cox went viral with Coco when they teamed up for a mother-daughter dance routine. “Wanna see your child lose their patience?” the Friends alum wrote on Instagram, sharing the video with her followers. “Do a TikTok with them. #familyaerobics.”

For his part, Romeo recruited mom Victoria Beckham and, like Coco, asked the former Spice Girlsmember to do a dance with him. Shortly after the mother-son duo went viral for doing the choreography to “Spice Up Your Life,” the fashion designer revealed that the 17-year-old tricked her into doing it so he could rack up some followers.

“He came home other day and he said, ‘You know, Mum, I’ve just joined TikTok. Will you do a dance with me?'” she said during her visit to The Ellen DeGeneres Show in November. “And I was like, ‘Yeah, what should we dance to?’ And he said, ‘The Spice Girls.’ And then he took my phone, he posted it on my Instagram and he said, ‘That’ll get my numbers up.’ He used me!”