Fraud squad detectives have arrested and interviewed Milad El-Halabi, a Labor councillor who was elected to Moreland council last year amid a vote-tampering scandal.

Victoria Police’s fraud and extortion squad has been investigating the council election since November after receiving information from the Victorian Electoral Commission that the integrity of the October postal ballot had been compromised. 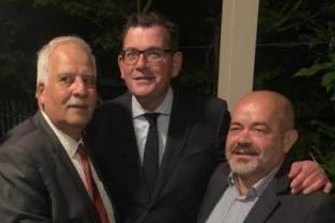 The alleged scam was uncovered when 104 people appeared to have voted twice after requesting a new ballot, raising suspicions that voting papers may have been fraudulently filled in.

Electoral staff compared signatures on ballot declaration forms with the electoral roll and identified 83 suspicious votes, which were handed to Victoria Police unopened.

Police on Thursday confirmed they had executed a warrant at a home in Pascoe Vale, arrested a 58-year-old Pascoe Vale man and interviewed him in relation to the offence of making a false document. He was released pending further enquiries.

“Victoria Police continues to work with the Victorian Electoral Commission and Local Government Inspectorate in relation to this matter,” a spokeswoman said. “As the investigation is ongoing, no further information will be provided at this time.” 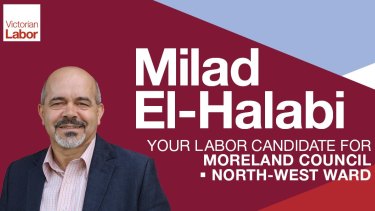 However, Mr El-Halabi was seen leaving his home with plain-clothed detectives on Thursday morning.

Last week police invited people with knowledge of the matter, including members of local Labor Party branches, to provide statements. They indicated they would soon be taking action in relation to a suspect.

Police have been conducting forensic tests on saliva, fingerprints and handwriting samples from 83 seized ballots and suspect some of the seized ballots were sealed by a machine rather than an individual voter. They have also brought in IT experts as part of the investigation.

Despite the suspicions, the Victorian Electoral Commission was required by law to declare the election. Four councillors – independents Oscar Yildiz and Helen Davidson, Greens candidate Angelica Panopoulos and Mr El-Halabi — took their seats at Moreland town hall in November 2020.