Fit for a king – of the Midwest! Sprawling five-story castle in INDIANA goes on sale for $400,000 – and it comes complete with turrets, hidden entrances, and medieval-style chandeliers 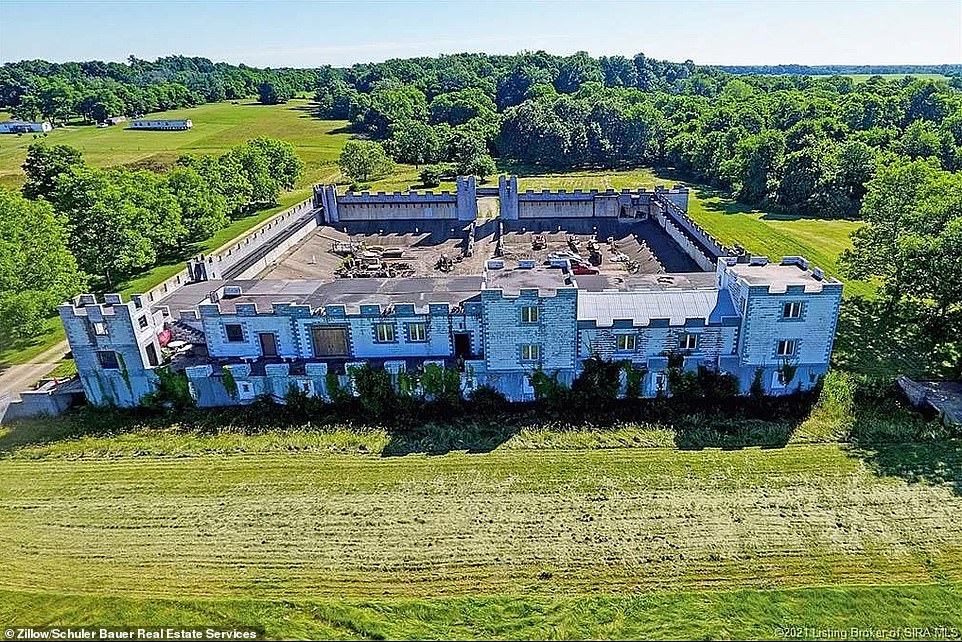 A five-story medieval-style castle has hit the market with a $400,000 asking price — but the property is neither centuries old nor in Europe. The castle, which is currently earning quite a bit of attention on social media, is located in Charlestown, Indiana, about 100 miles south of Indianapolis and 17 miles north of Louisville, Kentucky. 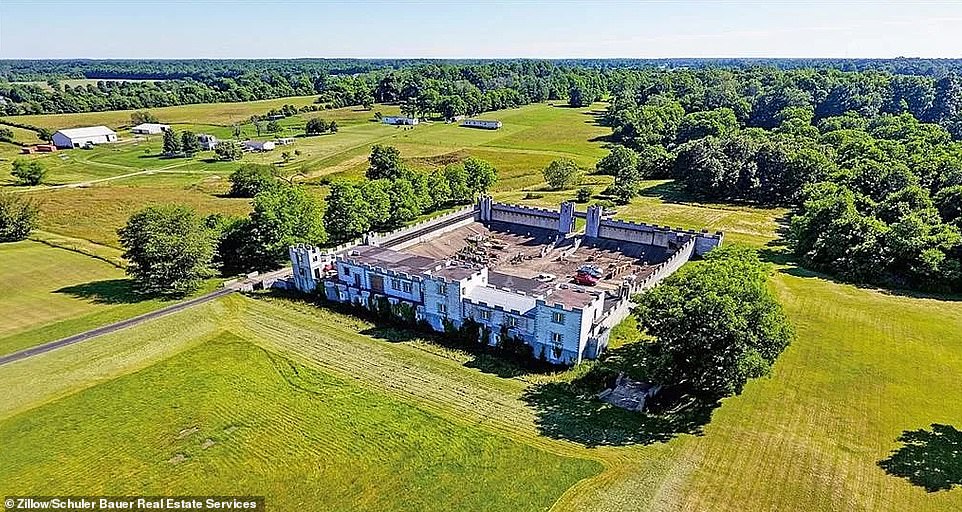 While it’s only 24 years old, it’s also more than a bit of a fixer-upper: Beyond the grand turrets and medieval-style chandeliers, much of the inside the castle is filthy, with holes in the ceiling and seemingly unfinished rooms. 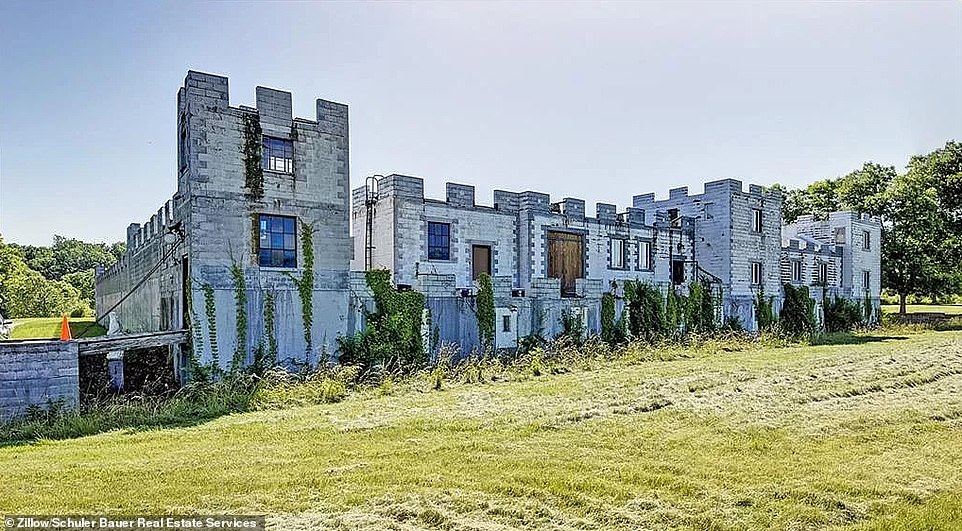 Though the home is clearly designed as a castle, it spans just 2,736 square feet and has just 2 bedrooms and 2.5 bathrooms. It does, however, sit on 7.91 acres of land and have a 10-car garage. 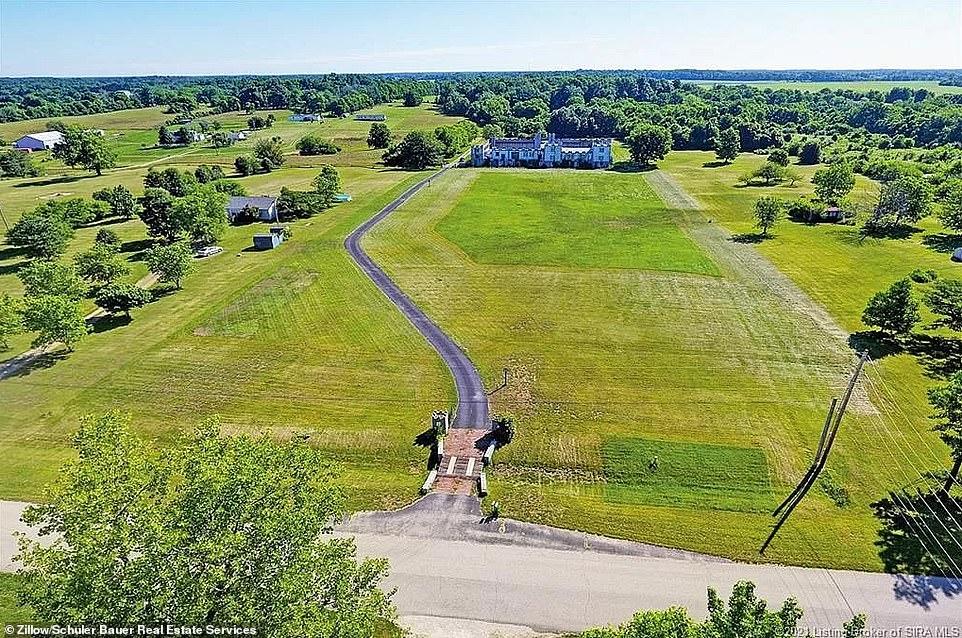 Listed by Schuler Bauer Real Estate Services, the property is making local news headlines and dropping jaws on social media, where it was shared by the popular Instagram account Zillow Gone Wild . ‘You aren’t going to believe your eyes when you see this Castle!’ reads the real estate listing. ‘When you first walk across the bridge, you will have an option to go downstairs or head to the main living quarters. When walking in, you will enter into a large living room. As you walk thru the living room, you will pass thru the den and head into the formal dinning room built for a king with 2 massive chandeliers.’ 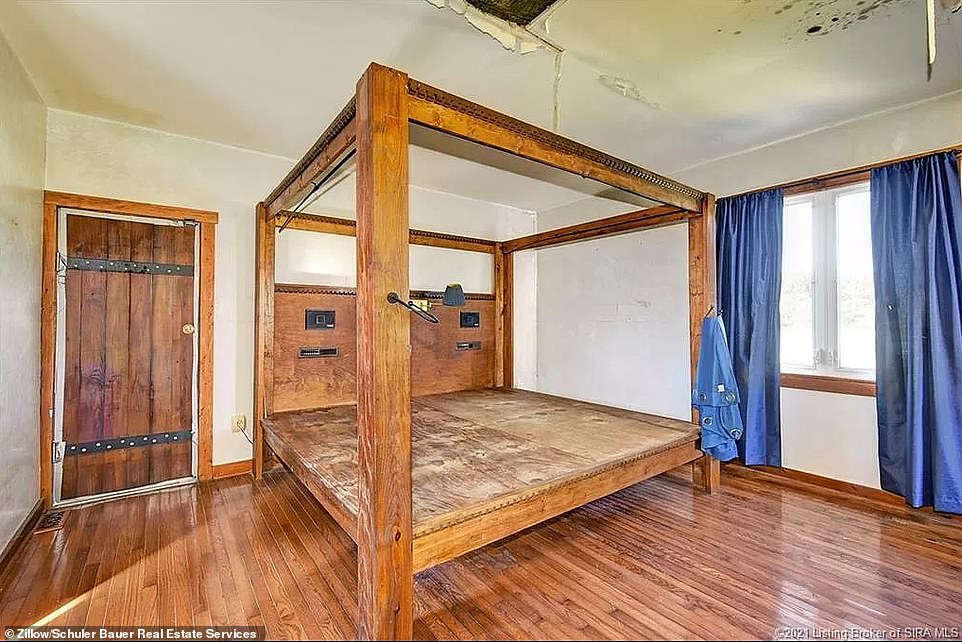 The listing continued: ‘All of the doors were handmade by the owner’s husband, and were made from the wood that originally covered the water reserve that was built in the year 1946 for the ammunition plant. The castle was built in 1997.’ 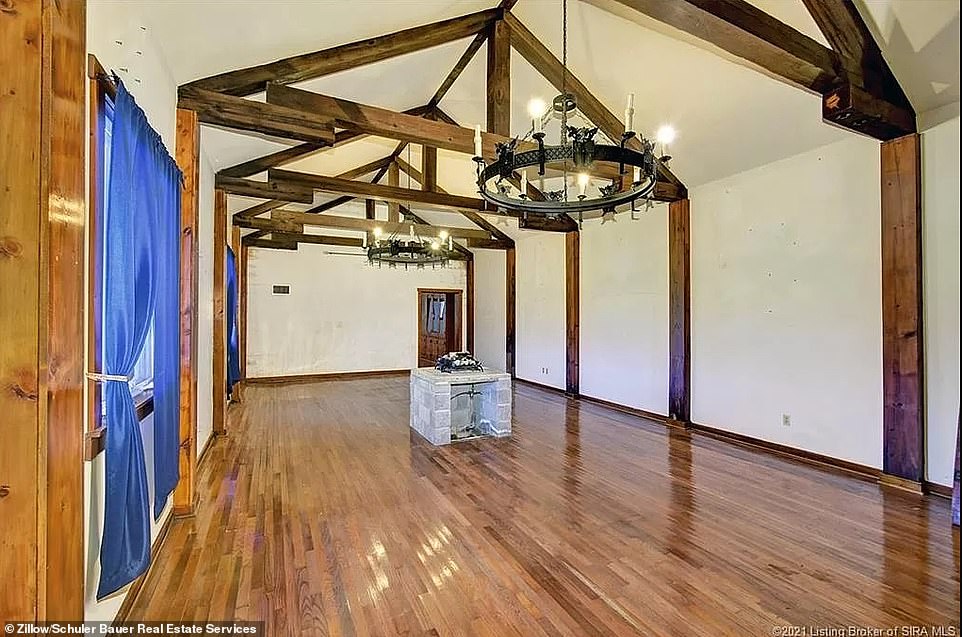 ‘As you walk thru the dinning room, you will enter into the eat-in kitchen with a laundry closet. There’s two separate sets of stairs that both lead to a bedroom & master bath at the top of each with massive walk-in closets,’ the listing says. 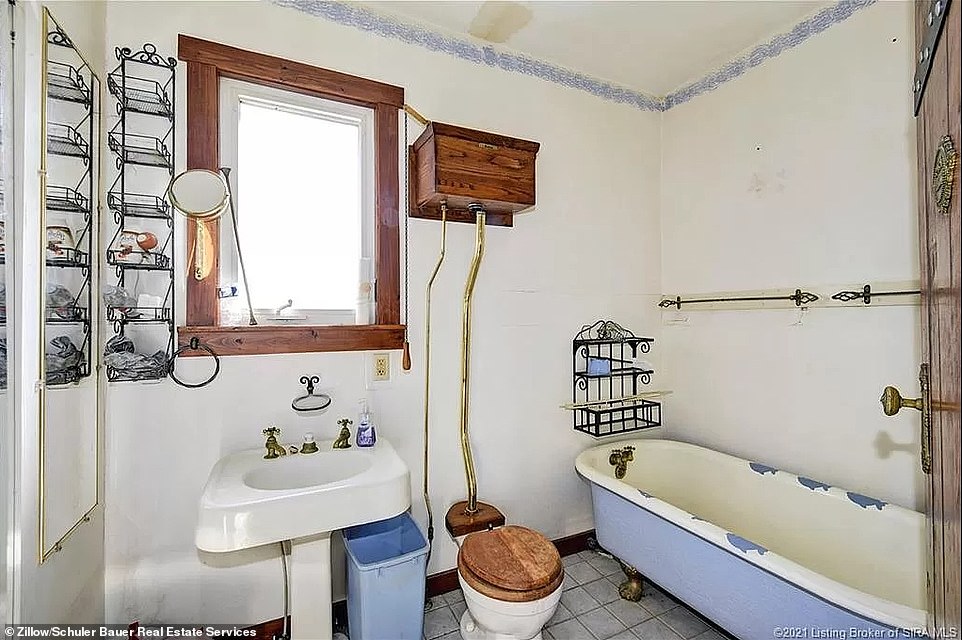 According to The Courier-Journal , the structure was an old water shed used during World War II — but when Mackey S. Griffin bought it in the ’90s, he decided to transform into his very own castle. Pictured: An old fashioned toilet. 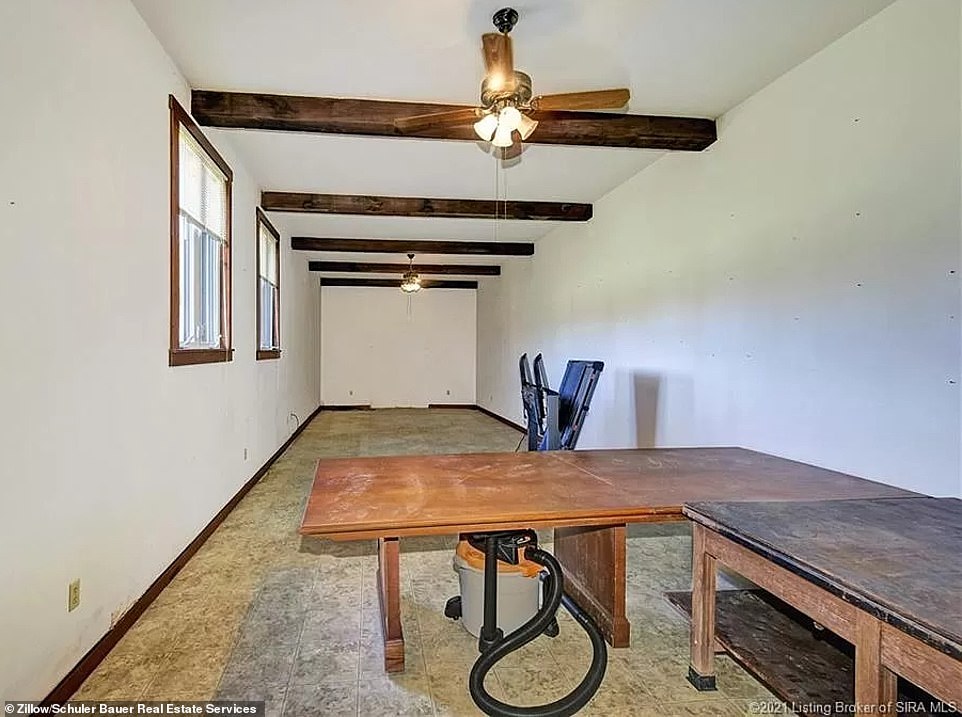 His wife, Peggy Griffin, says it was actually his second castle. ‘He bought it and he made it into his dream: a dream castle,’ Peggy told WDRB. ‘Who would want a building this big, except for my husband.’ Mackey died in February of 2020. 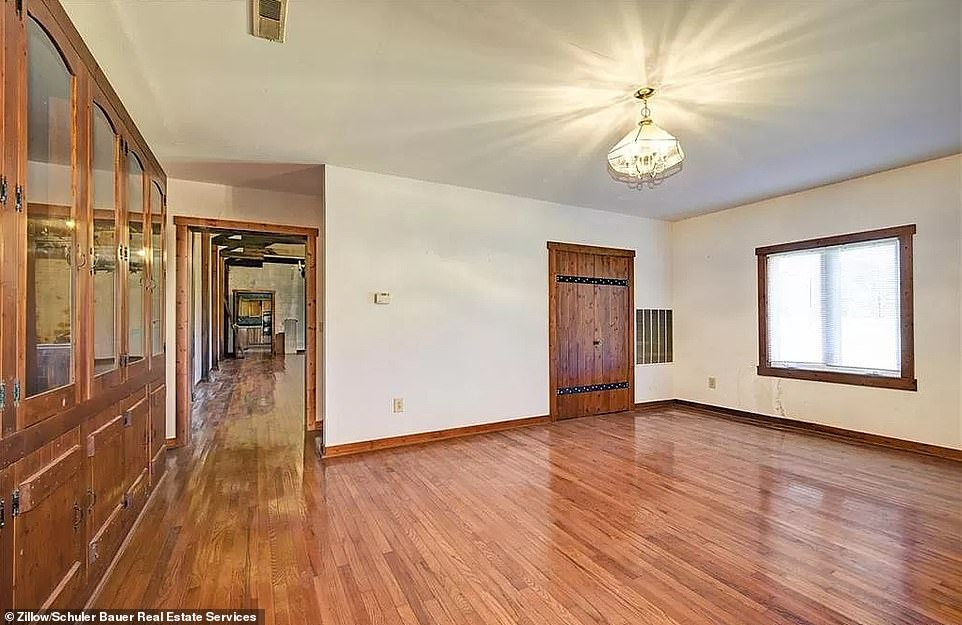 ‘There’s enough room in here that you could put two or three families,’ Peggy added to The Courier-Journal, adding that the property is ‘so unusual. That’s the only thing I can say.’ 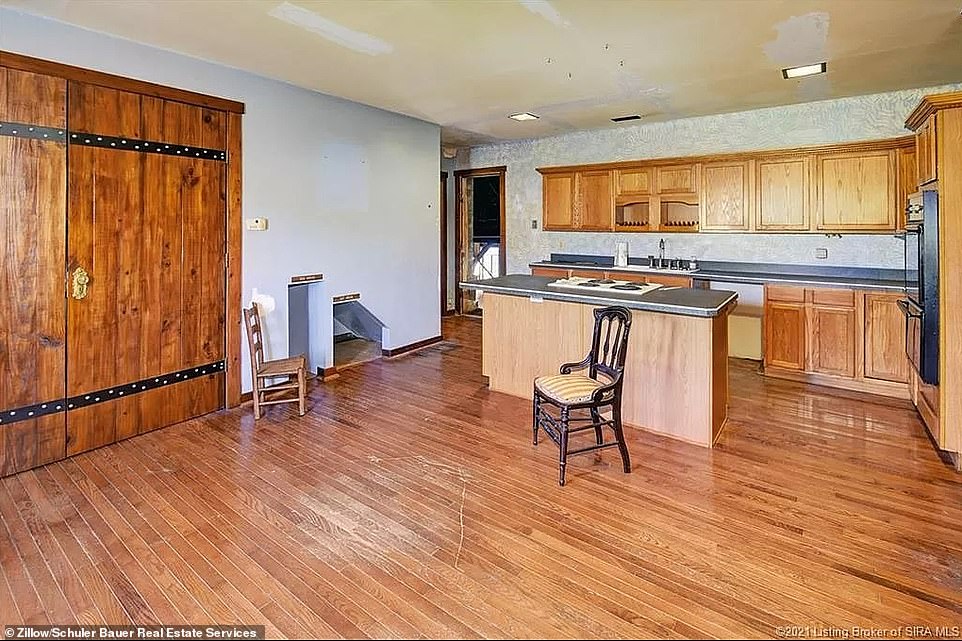 Realtor Denise Taylor said the property is ‘definitely unique’ and admitted that ‘the internet has gone crazy over this listing.’ Also, according to the listing, through the kitchen, you will have access to the stairs that lead downstairs to the office and extra half-bath and a large room for storage, or it could be made into additional living area. 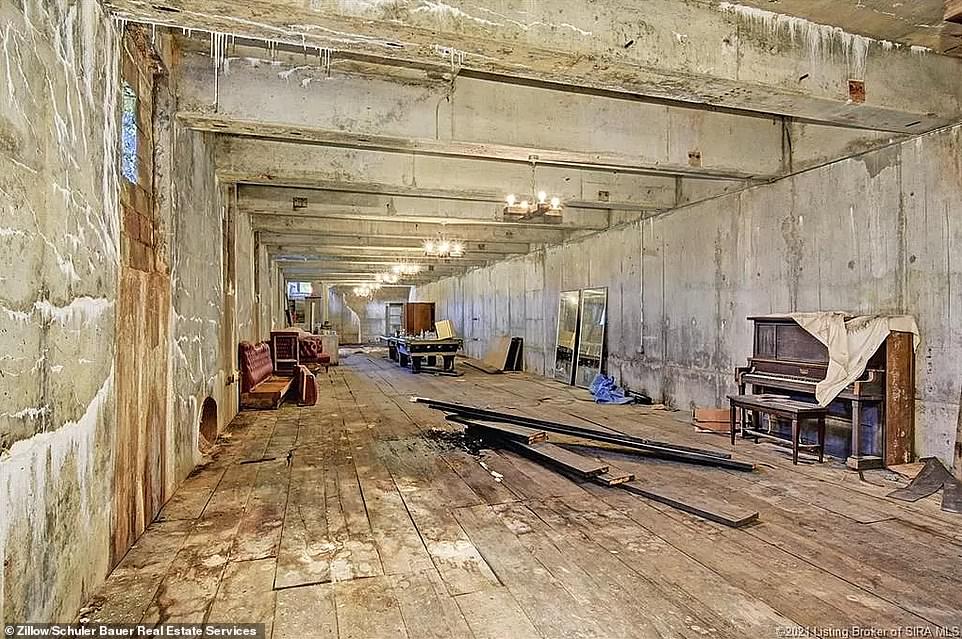 A royal pain! Though she insisted that the property is finished, Peggy conceded that it needs some work. 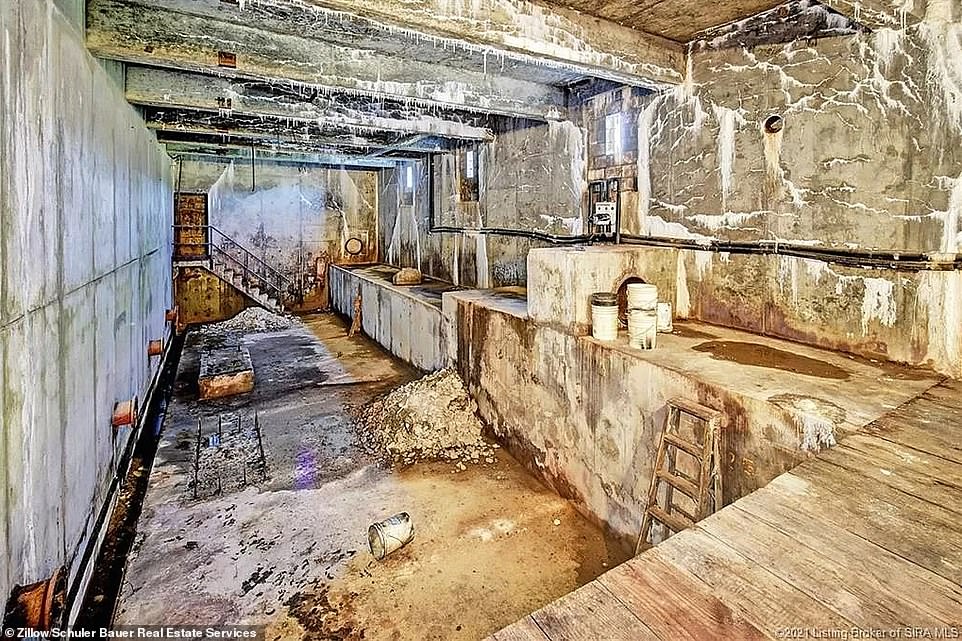 ‘You really have to have that passion to do this because there is so much that needs to be done and so many things you can do this with, and do that,’ she said. 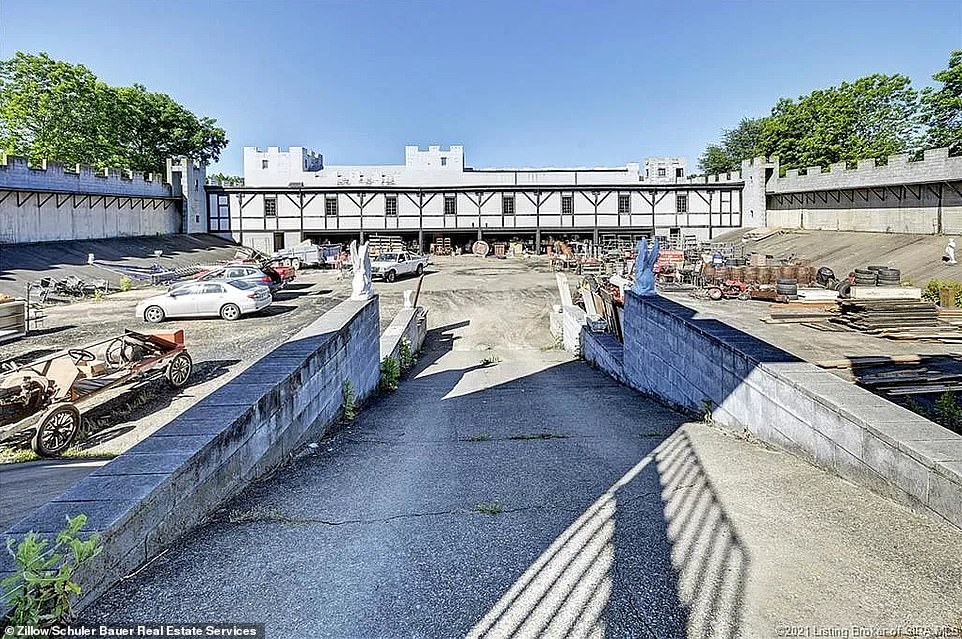 Something to talk about: Instagrammers have had plenty to say about the unusual home, with one calling it ‘Ye Olde Moneye Pit’ and another saying it wasn’t much of a castle without a moat.