‘I didn’t think I was modelling material’: Kate Moss, 48, reveals her mother thought she ‘wasn’t very photogenic’ after she was first scouted by an agent – and says no one commented on her looks as a child

Supermodel Kate Moss has admitted she didn’t think she was ‘modelling material’ after she was first scouted – and she and her mother agreed she wasn’t photogenic.

Speaking on BBC Radio 4’s Desert Island Discs, the model, 48, told Lauren Laverne her mother Linda was surprised when she came home and said she’d been scouted by a modelling agent.

When Lauren asked her if she had been aware of her looks while growing up in Croydon, south London, the model replied: ‘No, no. Definitely not.’ 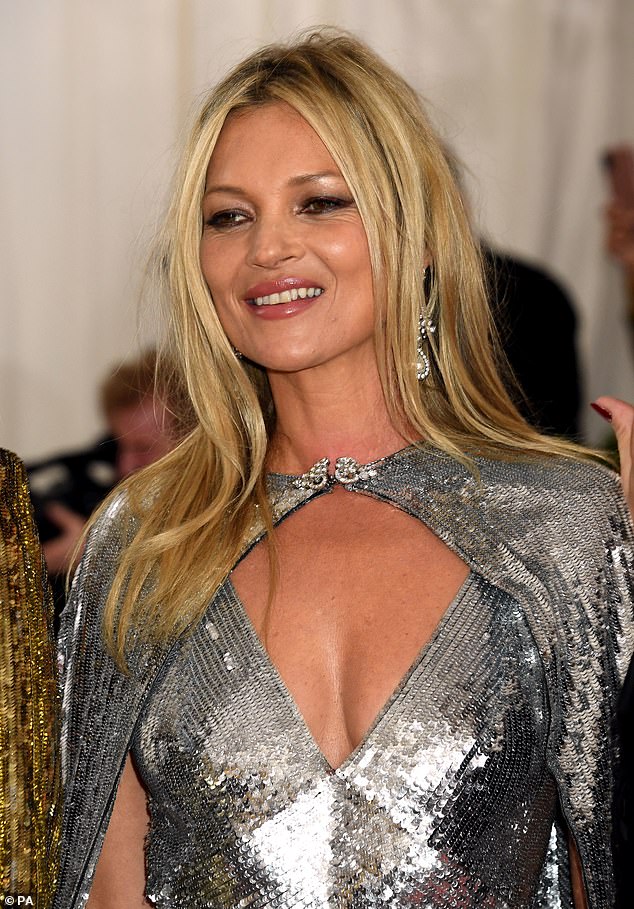 Kate Moss, 48, has enjoyed international success since she first hit the modelling scene in 1990 – but she told Desert Island Discs she and her mother were surprised when she was scouted 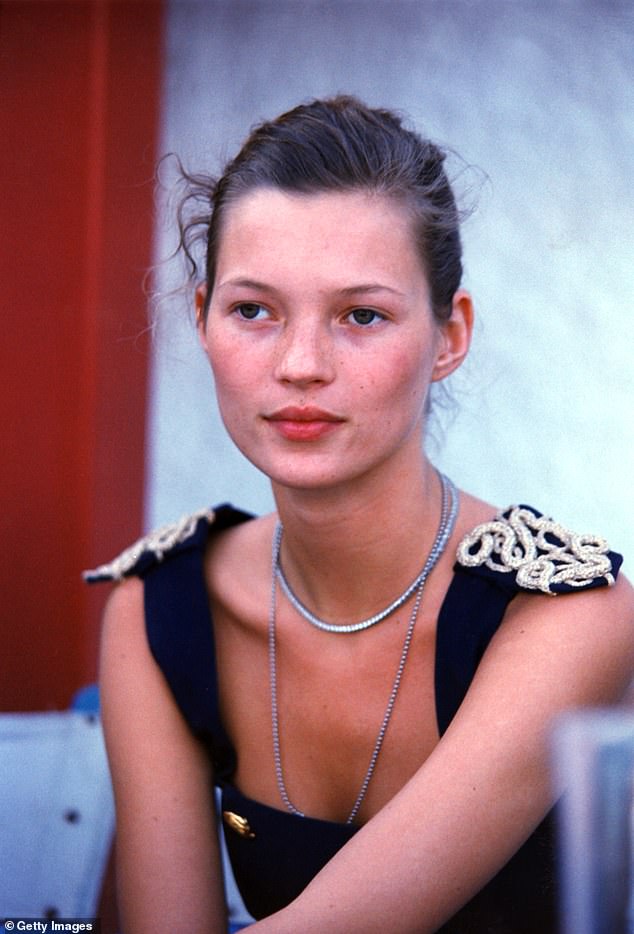 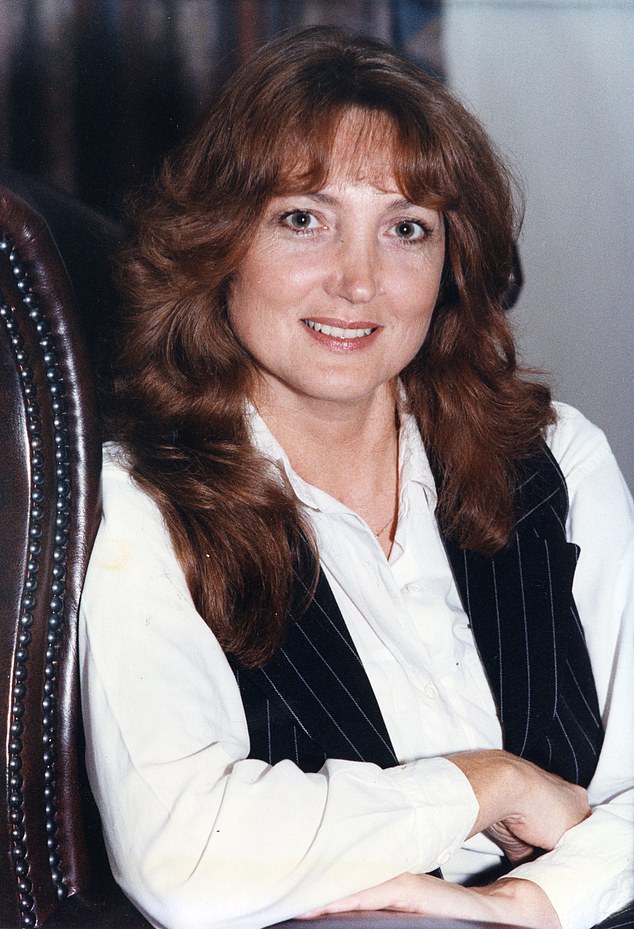 Linda Moss, Kate’s mother, separated with her husband Peter when Kate was 13 years old – causing her to go off the rails and hang out with older boys

She added: ‘When I said to my mum that I’d met a modelling agent that wanted me to go to London, she was like, “oh, I don’t think you’re very photogenic” and I was like, “no neither do I”.’

Kate said she and her mother both agreed she ‘might as well try’ to make it in the modelling industry.

She said: ‘I definitely didn’t think I was model material’.

Paying tribute to her parents, Kate chose to play Whiter Shade of Pale by King Curtis, which her mother Linda and father Peter walked down the aisle to an organ composition of the song.

Later in the programme, Kate talked of how her parents’ divorce when she was 13 was a ‘dark time’ for her.

While she lived with her mother and her brother Nick chose to live with his father, Kate said for the most part, the siblings only saw each other at school.

She added the family split caused her to go off the rails and she began hanging out with older boys who took her out to bars in London.

Kate said: ‘I started smoking spliffs and hanging with people a lot older than me, a lot of older boys that kind of took me under their wing and protected me,’ she says.

‘They would take me to London on the train. I would get changed from my school uniform into clothes and go to Fred’s [a bar in Soho]. I didn’t even like the taste of alcohol. 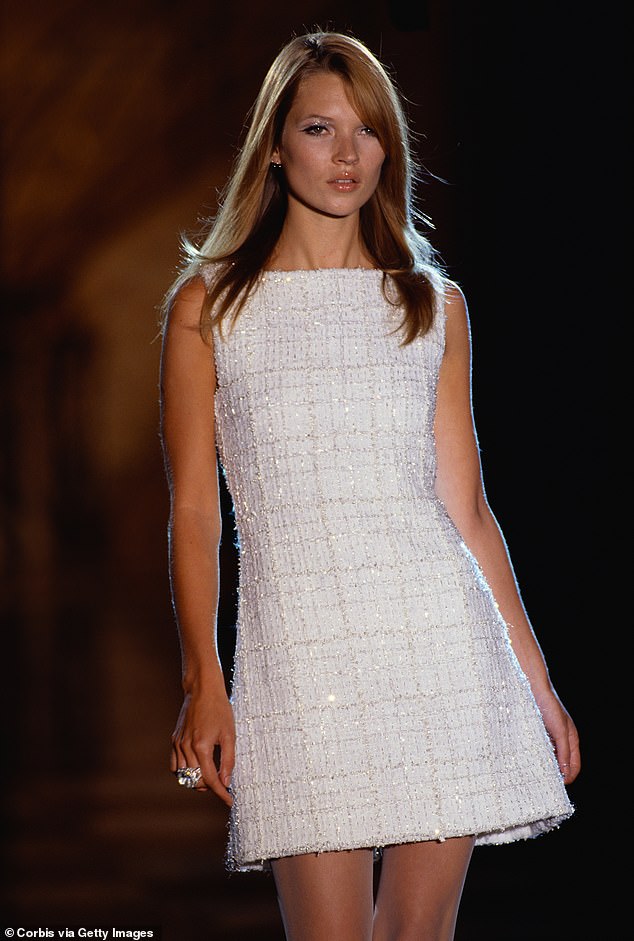 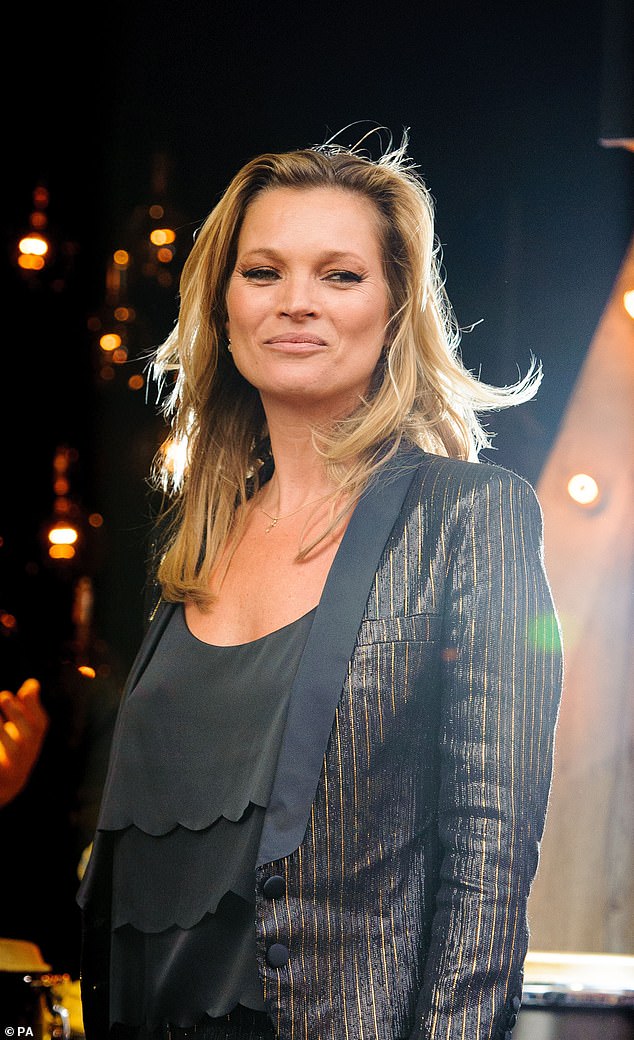 Kate spoke about her early modelling  days, including a frightening experience when a photographer for a bra catalogue tried to make her take off her bra when she was 15

‘I would drink Long Island Ice Teas because it didn’t taste of alcohol, but then of course it is a strong drink.’

The model also made some shocking revelations about her early modelling days, with a frightening experience when she was 15 years old.

She recalled: ‘I had a horrible experience for a bra catalogue,’ she tells the BBC Radio 4 programme. ‘I was only 15 probably and he said, “Take your top off”, and I took my top off. And I was really shy then about my body.

‘And he said, “Take your bra off”, and I could feel there was something wrong so I got my stuff and I ran away. I think it sharpened my instincts. I can tell a wrong ’un a mile away.’