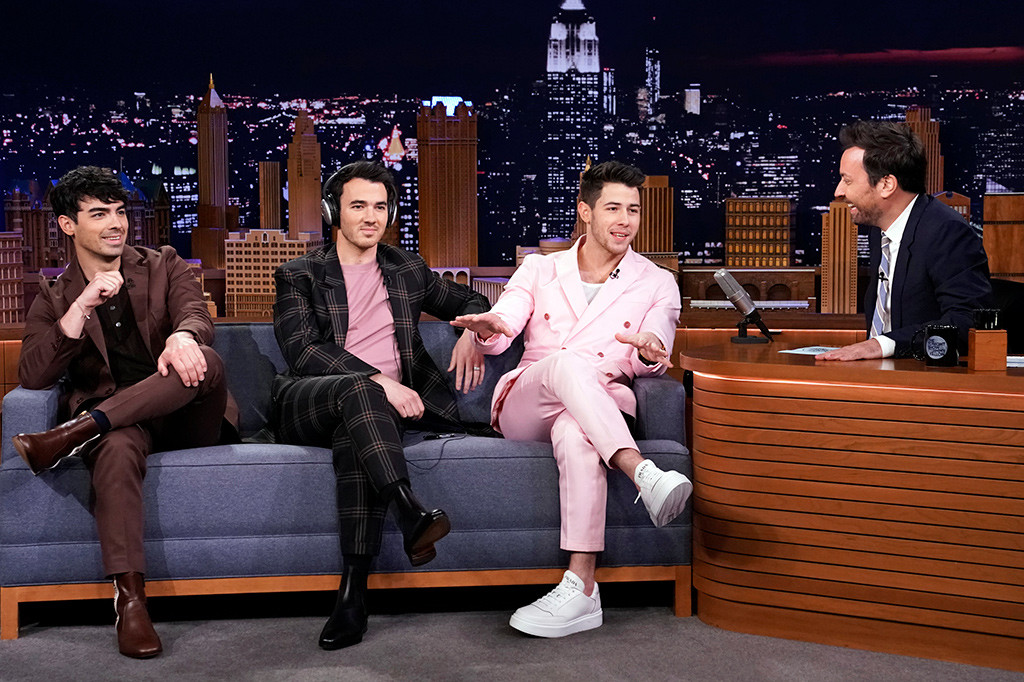 It looks like Joe Jonas‘ bachelor party was a wild time—so wild, in fact, the police called on the groom and his gang three times in one night.

Nick Jonas and Kevin Jonas dished on their brother’s big night during Wednesday’s episode of The Tonight Show.

The admission came up during a round of “Know Your Bro”—a game in which one of the Jonas Brothers would put on noise-cancelling headphones and Jimmy Fallon would ask the other two a question about that JoBro. Having not heard their answers, the muted member would then guess what his bandmates said.

When asked about the “wildest” part of the DNCE star’s party in Ibiza, Kevin and Nick didn’t hold back.

“We had the cops on the first night calling on three times,” Nick recalled. “Joe ripped off his shirt in a nightclub, proceeded to rip off two of his friends’ shirts in the nightclub. He took the cardboard box for 1942, the tequila, and somehow cut it into a bandana so it just said 1942 across his forehead. He wore that on a boat all day long.”

It certainly must have been a memorable moment because Joe correctly guessed their answer. However, he was able to dig up some dirt on his other brothers, too. The brothers also revealed the “worst” thing Kevin ever did as a child without his parents knowing, and the thing Nick thinks his brothers are most jealous of in his life.

Watch the video to see the interview.

Joe wasn’t the only one to have one last fling before the ring. Sophie Turner recently celebrated her bachelorette party in Europe with a few of her closest gal pals. While the couple already tied the knot in Las Vegas in May, they’re set to say “I do” a second time in France later this summer.

Don’t miss E! News every weeknight at 7, only on E!