Roberto Aguirre-Sacasa’s upcoming Pretty Little Liars reboot has the Mona Vanderwaal seal of approval. HollywoodLife recently caught up with Janel Parrish, who starred as Mona in the original Freeform series and its spin-off Pretty Little Liars: The Perfectionists, amidst her partnership with Shiseido Blue Project. When asked about her thoughts on the reboot, the star, 32, had nothing but kind words.

“We’re so excited for this new iteration of the show and honestly, we wish it well,” Janel told HL. “We’re very grateful to have been a part of the OG PLL family.” The reboot, titled Pretty Little Liars: Original Sin, has been picked up by HBO Max. Original series creator I. Marlene King does not appear to be involved, but Original Sin will follow a new group of teens who “find themselves tormented by an unknown assailant and made to pay for the secret sin their parents committed two decades ago,” per Variety.

A release date has not been set for the reboot yet. The original series, which aired for seven seasons between 2010 and 2017, similarly followed a group of high school friends as they were terrorized by an unknown assailant via text message after their friend, Alison, went missing one year prior. Along with Janel, the original series starred Troian Bellisario, Lucy Hale, Ashley Benson, Shay Mitchell, and Sasha Pieterse. 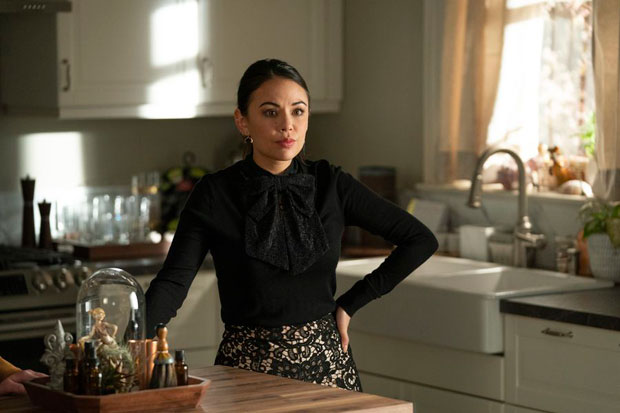 “I was born on October 30,” she continued. “Fall Season is Halloween for my birthday, November for Thanksgiving, and then Christmas is my favorite time of year!” The star also dished on her holiday plans, telling HL, “I’m really close to my family, and we always do family get togethers. That’s what the holiday season is all about.”