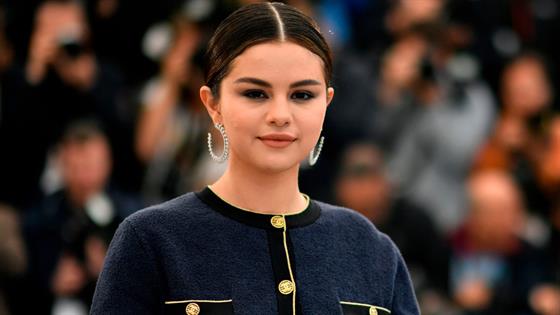 While she’s been a bit omnipresent as of late, sitting down for a handful of interviews to promote her new movie The Dead Don’t Die, out in theaters now, there was a moment where fans wondered when, if ever, she might return to her spotlight.

It’s not as though her retreat wasn’t understandable. After all, 2017 and the early bits of 2018 weren’t exactly the easiest for her. She’d undergone a kidney transplant, gone through a breakup with The Weeknd, rekindled things with Justin Bieber for a brief moment in time, entered into treatment for depression and anxiety, and had been working at a breakneck pace to try and finish up an album to succeed her 2015 smash Revival.

So retreat she did.

She sold her home in Calabasas and moved south to Orange County. She backed away from social media despite once being the most-followed person on Instagram. She allowed for a shift in her focus.

As she told Elle in September 2018, she had a sit down earlier in the year with some “amazing women who were very close in my life. It was kind of a rough moment. And I just had all of them there, encouraging me, and it was one of those moments that you imagine when you’re a young girl and you go talk to your aunts and your mom and you’re like, This is what’s going on in my life.”

And afterward that pivotal chat, she began to get back to basics.

“I think everything in my life is being majorly downsized, in a very good way,” she told the publication. “I’m going back to simplicity. That’s always who I’ve been. It’s not me saying, ‘I feel the best I’ve ever felt,'” she continues. “It’s me saying, ‘I’m exactly where I am. And I’m so happy I’m in this place.’ It’s a lot of self-discovery. From 20 to 26? Oh my gosh. I feel like a totally different person.” 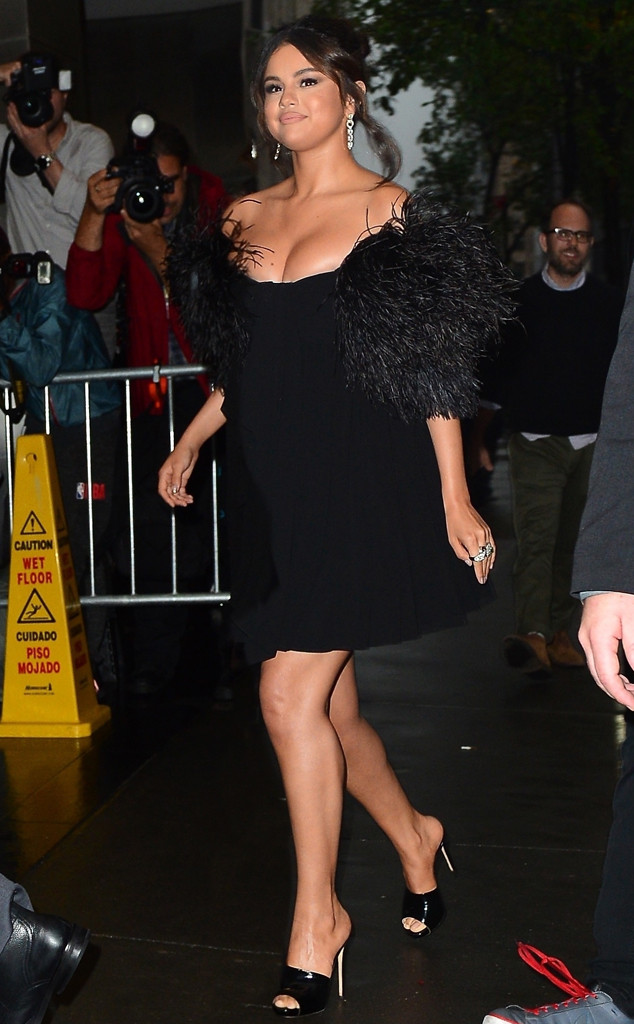 A major focus of Selena’s year away from the spotlight was a renewed commitment to mental health. “Last year, I took a lot of time off. I think that I needed a moment to myself because I do feel like I was growing and changing,” she said on Coach’s “Dream It Real” podcast in April. “Gosh, if I knew what I know now…I am a believer of therapy. So I think that I have had opportunities where I kinda reflect on the younger me, and I think that a lot of the times, I wished that I could hug my younger self. I wish I could have done a lot of things and experienced things maybe a little differently, but I go to therapy.”

“It is [hard], but it’s amazing,” she continued. “It’s hard for people to open up, but I think it’s just one of the most important things — to get to know yourself. Not saying everyone in the world has to do it; I’m just saying it’s helped me understand myself and my childhood a lot better.”

A good portion of her year was spent being of service to others, as she began interning five days a week (pending her commitments in the studio or meetings with brands she had long-term partnerships with) at A21, a global anti-human-trafficking nonprofit with 14 locations worldwide. “I had been working for so long, and I don’t like taking things in my life,” she told Elle. “I just wanted to serve.”

She was, however, hesitant to speak about her work with the organization. “I wasn’t going to immediately start discussing it. It’s out of my comfort zone. I needed to be fully immersed in it,” she told the magazine, adding, with a smile, “What a great thing another celebrity is doing…That’s not why I want to talk about it. I can’t be silent about this.” 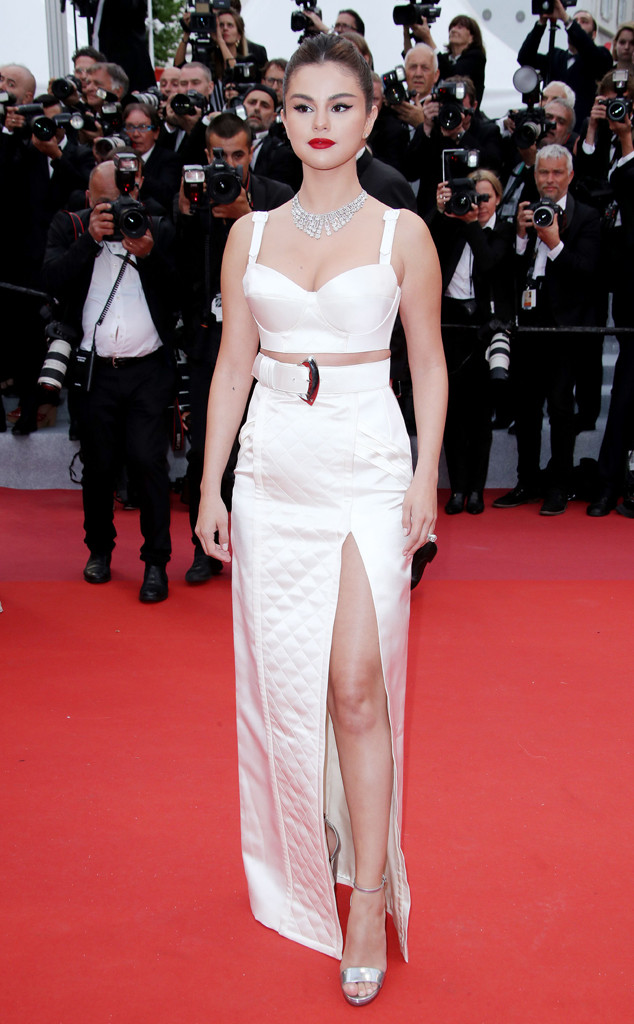 “I’ve been wanting something I could contribute most of my time to because I love what I do, but I feel a little selfish sometimes and I’ve always said that…I take it extremely serious and my friends are heavily involved with me because it’s not something happening a million miles away. It’s actually happening here,” she told E! News’ Jason Kennedy days after the Elle interview—which she took to task on Instagram for not focusing on the work enough in favor of her personal life—dropped. “I would love to do everything I can, along with one of my heroes [A21 founder Christine Caine], to just be a part of it and learn. So I am honored to be a part of it.”

While Selena was splitting her time between her volunteer work and the studio, she was actively avoiding the social media spotlight—save for a few strategic posts here and there—and the internet altogether. She’d removed Instagram from her phone, leaving access to her account to a friend’s phone, where she would post occasionally. She removed all photo editing apps from her phone. It was as close to an internet blackout as one can really get in this digital day and age.

“The reason why is, it’s not real to me,” she told Elle. “I know my voice is very prominent, but I’m not careless with it. I’m selective. As far as my personal life, someone sees me having a glass of wine? I could give two shits. I’m not trying to hide. That’s my life. I’m living it the way I want to live it. But it’s about making a conscious effort—if I can have a moment to be with my friends, I’ll take that time. So I don’t have any of it. I had to make that decision.”

As she admitted on the Coach podcast, she felt that time spent on Instagram, in particular, wasn’t healthy anymore. “I noticed, with me, I got kind of depressed looking at these people who look beautiful and amazing,” she said. “It would just get me down a lot, so I just think taking breaks is really important. But just know that most of it isn’t real, and I hate to say that because I don’t mean to be rude, but it’s unrealistic in a lot of ways. For me, I want to protect the youngest generation because they’re exposed to so much information, and I feel like that causes a lot of anxiety. Sometimes people are exposed to too much, and I think you should really protect what you’re seeing, and you should be really mindful of how it makes you feel.” 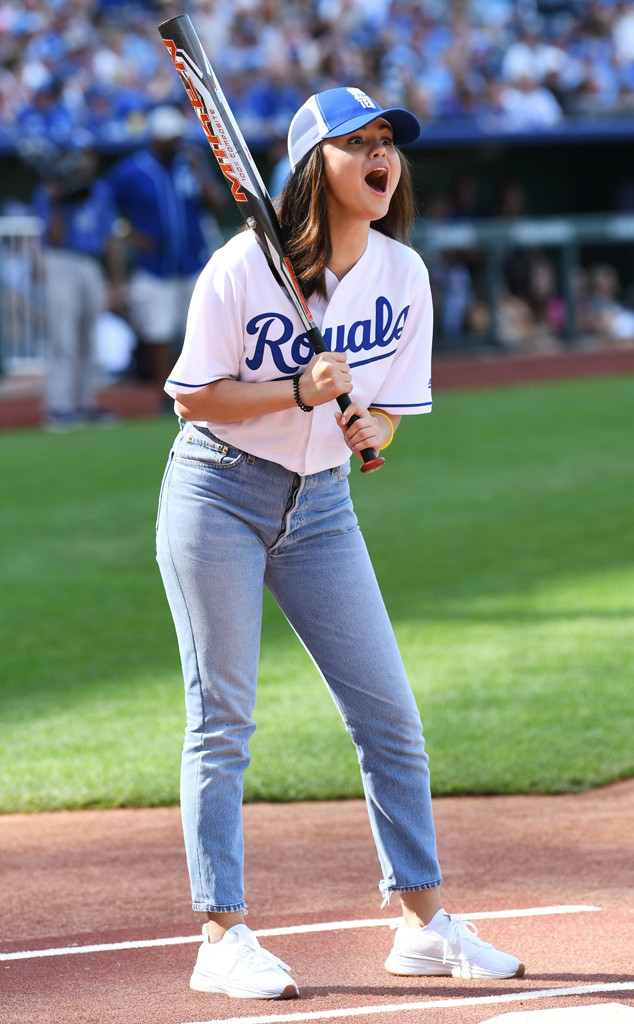 It’s a decision that’s stuck, as Selena has explained during her recent press tour for The Dead Don’t Die. Speaking during a press conference at the 2019 Cannes Film Festival, where the zombie flick co-starring Bill Murray made its world debut, she admitted that she thinks it’s “pretty impossible to make” social media safe at this point. “I’m grateful I have the platform,” she added. “I don’t do a lot of pointless pictures. For me,  I like to be intentional with it. It just scares me. I’ll see these young girls at meet and greets. They are devastated, dealing with bullying and not being able to have their own voice. It can be great in moments. I would be careful and allow yourself some time limits of when you should use it.”

Appearing on LIVE With Kelly and Ryan on Wednesday, she confirmed that Instagram remains on that friend’s phone. “When I feel like I want to share something with my fans or just mess around with it, I do it then,” she added. Like, for instance, deleting the last traces of her ex from her feed once and for all, as she did over the weekend.

With The Dead Don’t Die now in theaters, Selena is now free to focus on her upcoming album, which she admitted on The Tonight Show on Tuesday was finally “actually done.” And as she explained to host Jimmy Fallon, it took her a long time to get to a place to be ready to say that.

“I have to do, like, a few finishing things with it, but I’m just relieved,” she said. “It took me four years now to even feel at a good place with this album, and it’s just because I had such huge moments that happened in my life personally that [it was like] how was I going to capture that and how was I actually going to feel good about what I was saying? So, I kept going and I’m relieved now.”

It’s all the end result of a process of self-discovery that has the multi-hyphenate in a state of mind that had eluded her for so long. “It’s peaceful. It’s weird. The moment I turned 26, I felt 26,” she told Elle, adding, “Right now, I feel very sure of where I am. I don’t feel erratic or emotionally unstable. Or like I can’t handle my emotions, like I used to. It’s kind of understanding myself a little more. By all means I don’t have myself figured out. But it feels good.”

The move out of Los Angeles helped, no doubt. “It’s been such a release,” she told said. “L.A.’s just gotten really claustrophobic for me.”

If that isn’t growth, we don’t know what is.

The Dead Don’t Die is in theaters now.