I sat at the bar in my new city, Raleigh, trying to attract the attention of the bartender.

If I wanted to make friends, I had to force myself out of the house.

After four months of settling into my new home, I had found an RnB and poetry event on Eventbrite and noticed that it wasn’t too far from my apartment.

I hadn’t had the chance to meet many people yet, so I immediately bought my ticket and decided that I was going to perform at it. I chose an old spoken word poetry piece that I already had memorised, so I wouldn’t get tripped up.

While I waited for the show to begin, I got to chatting to a lady at the bar, after she complimented me on my hair. She was visiting North Carolina from Tennessee. After talking about why she was in town and how we both had found the event, she became my friend for the night. We decided to sit together since we both didn’t know anyone else there.

Then, I saw someone I recognised out of the corner of my eye. He was sitting at the table behind us. 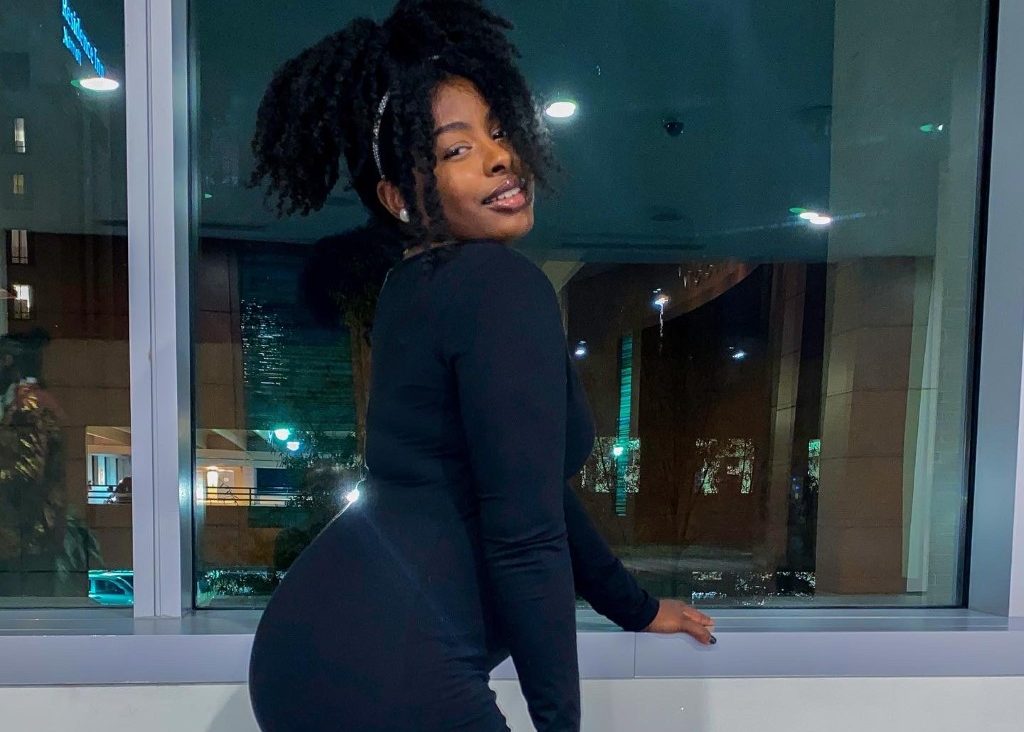 He was a poet and I had followed him on Instagram for about two years, but had never looked at him in this way before, because I followed him for his poetry – not his looks.

There was no denying it, he was a cutie. I told my new-found friend that I knew who he was but didn’t ‘know him, know him’. She agreed that he was attractive.

Later that night, we moved closer to the stage. I was having a great night as it had been a few months since I had experienced art and music.

The feeling of being out in a new city was energising — electrifying, even. And it was helped by the complimentary drinks from an older gentleman at the bar (who we were certain was there with his wife).

After about an hour and a half, it was the Instagram cutie’s turn on stage. He performed two spoken word poems. I was lowkey fangirling from my seat and had my Snapchat ready to record every second.

As part of his set, he said: ‘I want to wake up to you the next morning and be hypnotised when I look into your brown eyes and ask if you want your eggs fertilised or scrambled.’

That had to be the craziest wordplay that I had ever heard. You couldn’t tell me that he wasn’t speaking directly to me; he had me wrapped around his finger the moment that poem left his mouth. I was mesmerised.

During the intermission, I was looking for the restroom – those free Sex On The Beaches were catching up with me.

But when I turned around, my friend from the bar was talking to him, on the other side of the venue.

I tried to hold it until I saw that they were done talking, as I’d spotted the sign for the toilets and it would mean walking past them. But my bladder said otherwise. I had to go.

I tried to sneak past without them spotting me — but my friend stopped me and introduced us. Thankfully she didn’t give away the fact that I knew exactly who he was.

However, I was now trapped in a battle between my nerves and my bladder because, to my surprise, he knew exactly who I was, too.

We’d exchanged maybe a DM or two over the past two years, so I was very surprised to know that he knew so much about my poetry. I honestly didn’t think anyone actually paid attention to my social media. My nerves won.

Between the drinks, the music, and his ability to sweep someone up in conversation, I had completely forgotten I had to use the bathroom. For the rest of the night, we sang and danced together, and he photobombed my Instagram story videos.

The night went extremely fast. I was caught up in the music and his eyes, which never seemed to lose track of mine.

At the end of the night, he asked me about my plans for the rest of the weekend – I didn’t have any. He told me that one of the biggest poetry events in the state was happening at the convention centre the next day. He said he’d love to see me there.

After deciding to go, I pinned up my hair, threw on some makeup, and took the 15-minute drive downtown.

I felt overwhelmed, walking directly into the art gallery, unsure of where to go. He talked to me on the phone from the moment I got lost trying to park to the moment our eyes locked upon my arrival.

We walked slowly through the art gallery together before the show began, quickly realising that we may just be the same person.

We had so much in common from our family dynamics, to the corny jokes we were never too afraid to slip in every once and a while. We found out that we both loved cheesy TLC reality shows, a good Chipotle bowl, collecting books for our bookshelves and then taking months to read them.

We went into the main venue to claim our seats and waited to have our photos taken by the professional photographer on site of the event against the custom backdrop.

When it was my turn, he became my ultimate hype man, snapping pictures from ground level as the photographer tried hard not to laugh. The aunties behind him didn’t hold back their giggles, they were entertained at his dramatics – as was I.

That night, I found out that there was actually someone in the world that talked more than me. That night, I knew that, if anything, he’d be my best friend for the rest of my life. And he is.

A couple of months after those first events, our relationship became more serious and our chemistry with each other was too strong to deny.

It has now been about 10 months and our love grows deeper every day, over weekly coffee shops, 2am speedway slushie runs, and millions of poems and the spaces in between them.

The only regret I have from the night of the poetry event is not getting a picture with him. I only have a dark video on Snapchat, but I know it’s him. I’ll always know it’s him. Since meeting him, his professional poetry career has taken off.

Apart from our weekly Wednesday night open mic night, I get to travel the world with him as he performs for different universities and colleges along with different organisations.

Every time I hear him, it sounds like the very first time in that bar all over again.

So, How Did It Go? is a weekly Metro.co.uk series that will make you cringe with second-hand embarrassment or ooze with jealousy as people share their worst and best date stories.

Want to spill the beans about your own awkward encounter or love story? Contact [email protected]

Rush Hour Crush – love (well, lust) is all around us

Tell us about your Rush Hour Crush by submitting them here, and you could see your message published on the site.