Warwick BEAT Magdalene College, Cambridge 195 to 140 in the University Challenge final and become series champions – so how many of the tricky questions can YOU answer?

University of Warwick beat Magdalene College, Cambridge in the final of University Challenge today after beating them 195 to 140 tonight.

The team with an average age of 22 comprising of Richard Pollard, George Braid, Owain Burrell, and captained by Andrew Rout answered questions on history, politics, science and music, and were presented with the series champion award from poet laureate Simon Armitage.

Also with an impressive record, the team from  Magdalene College with an average age of 21, picked up 140 points, with students Adam Davies, James Byrne, Ceri Payne at the helm, with Daniel Lawson as their captain.

University of Warwick beat Magdalene College, Cambridge in the final of University Challenge today after beating them 195 to 140 tonight.

Getting off to a tricky start, the Cambridge team were on negative points in the early rounds after answering a starter for ten incorrectly and being deducted five points.

But they quickly got back and at one point were within just ten points of catching Warwick, by correctly answering questions on .

Now it’s YOUR turn to try: Tricky questions from the University Challenge final

1) STARTER FOR TEN: What four letter word is this? A Buddhist teaching says it’s in the heart of a person who inwardly despises his father and disregards his mother, Shelley says it’s like London. John Paul Sartre says it is other people

2) Situated not far from Loch Ness the grave of Roderick Mackenzie on is a man who was captured and killed by troops after falsely claiming he was which royal figure.

3) In a Victorian cause célèbre Arthur Orton of  New South Wales claimed to be the heir to which English baronetcy, the case was the subject of a film of 1998.

4) In 2006 the business value Guy Gomna was mistaken for a computing expert and interviewed on BBC News 24 about a legal verdict, involving which tech company?

5. STARTER FOR TEN: What short word appears in all these biological terms: an alternative term for an involuntary muscle, the endoplasmic reticulum known as the SCR, and the common name of the third British native snake, along with the adder and grass snake.

6. She pioneered the study and literary theory of non western women and produce one of the earliest and most coherent accounts of their roles. Those words of Edward Sayid refer to which post colonial theorist is born in Calcutta in 1942?

7. . First used in critical theory by Gramsci to refers in group, excluded from the structures of power, what nine letter term appears in the title of Spivak major essay of 1988, which discusses how the voices of such groups and suppressed?

8.  In 1976, Spivac published the first English translation of Jdilla anthology by which literary theorist translations preface remains a significant introduction to his philosophy of deconstruction?

BONUSES ON  A SCIENTISTS

10.  Hugo de Vries abnd Carl Correns were among those who, in the early 20th century rediscovered the work of which scientists, born in 1822, in what is now the Czech Republic?

11. In addition to Mendel’s laws and Segregation and Independent Assortment, a third law is often a scientist named after a term he used to contrast with recessiveness. What is the name of that law?

12. The author in 1985 of Mendelism, which British geneticist gives his name to a diagram used to visualise Mendelian genetics and predict inheritance?

13. STARTER FOR TEN, PICTURE ROUND

You’ll see a map of Africa, on which a grid has been overlaid for 10 points, give me the grid reference of the square in which you will find the remains of the ancient city of Carthage? 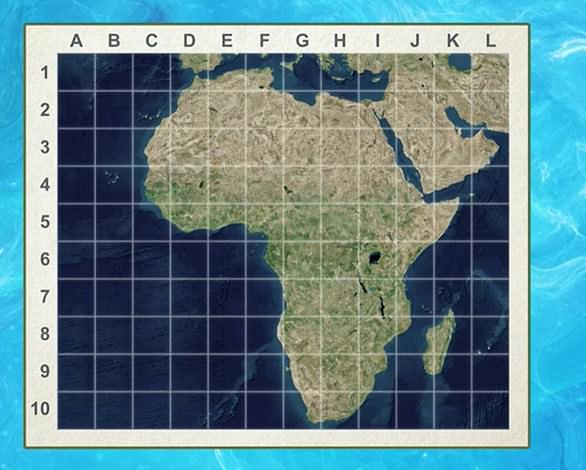 14. The grid reference of the square and once you would find the capital of the former Kingdom of Dahomey now a UNESCO World Heritage Site?

15. The location of Moroni, the capital city of the Comoros islands?

16. Give the location of the white Nile and the blue Nile.

17. STARTER FOR TEN: In fluid mechanics, what term denotes the formation of voids or bubbles within regions of a fluid as the exterior pressure falls below the fluids vapour pressure. Subsequent collapse of the bubbles creates shockwaves in the fluid which can cause damage to solid materials?

NO BONUSES AS NO ONE ANSWERED CORRECTLY

18. STARTER FOR TEN: Dating from the Pliocene epoch cuvieronius and Stegomastodon are most closely related to which modern day mammal?

BONUSES ON  MILITARY DEFEATS OF THE ROMAN REPUBLIC

19. After the Battle of Clawdeen forks in 321 BC, the Roman army was forced to pass under a yoke, as a sign of submission to which victorious Italian or tribe?

20. According to the historian Plutarch, which General said after his victory The Battle of Ashkelon in 279 BC, “if we are victorious in one more battle with the Romans we should be utterly ruined?”

21. The Battle of Carrhae in 53 BC saw the defeat and death of which Roman statesman, he was a member of the first Triumvirate along with Caesar and Pompey?

Give the title of each film from the description

23. A 2013 film by Jim Jarmusch starring Tom Hiddleston as Adam, where he lives as a reclusive vampire in Detroit and Tilda Swinton, as Eve, his wife of many centuries.

25. A Swedish film of 2008 by Thomas Alfredsson about the friendship between a bullied 12 year old and his new neighbour Ellie, who he discovers is a vampire

26, STARTER FOR TEN: According to The Economist it was named after,named the Laffer curve was partly inspired by which 14th century Tunisian scholar?

Viewers were baffled by some of the questions, with some joking they were just ‘words.’

‘I have a G&T and am eating a Frito pie and thus have I been enjoying the final of. These young people have such a surprising range of knowledge,’ one said.

‘Every week there’s a question which is just words,’ said another.

‘Finally a clear round on art and Ancient myths,’ one said. 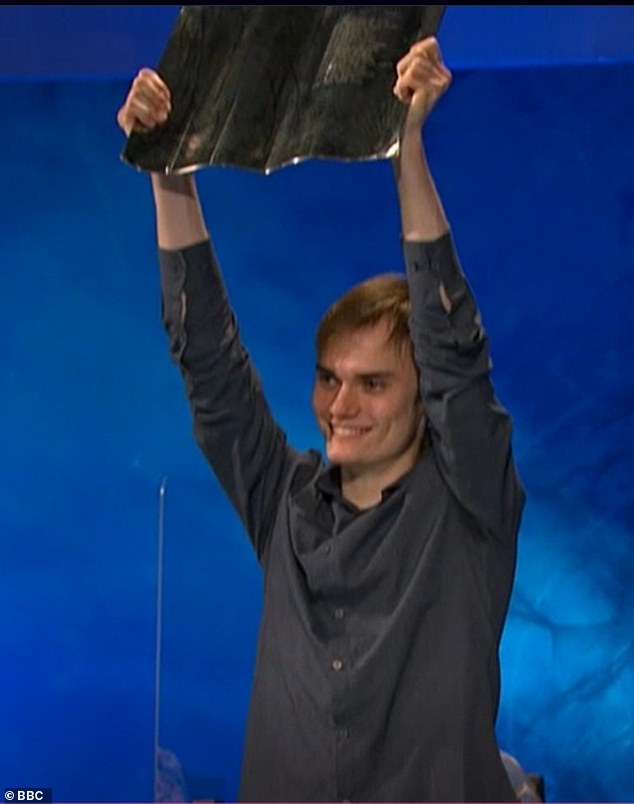 Warwick’s captain holds the trophy after beating Magdalene College, Cambridge 195 to 140 in the University Challenge final

Viewers enjoyed the final and commanded the participants for their general knowledge, but some said some questions were just ‘words’ as they watched it