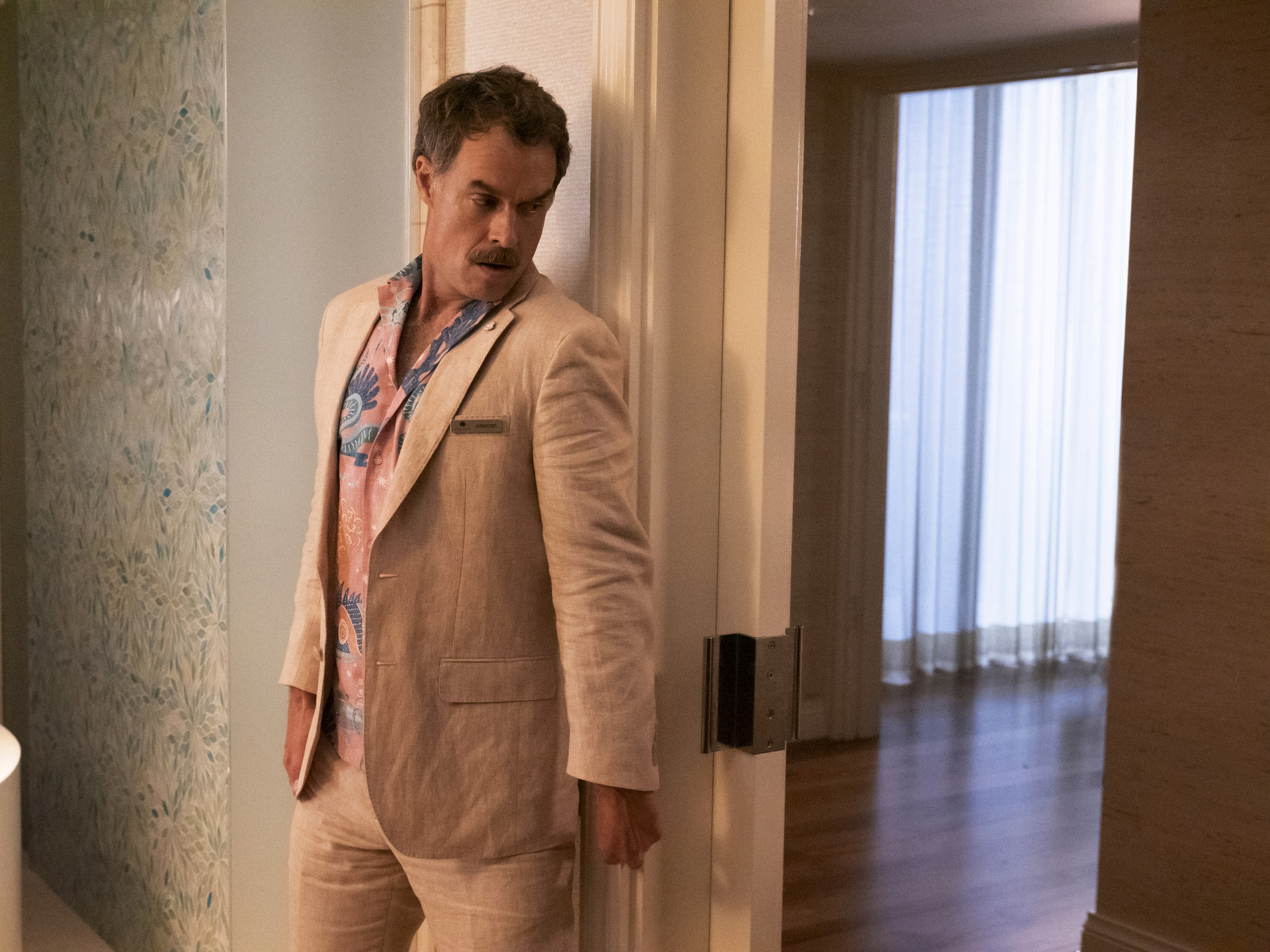 Warning: This story contains spoilers from the Sunday, August 15, episode of The White Lotus.

The secret’s out! The season 1 finale of The White Lotus answered the question introduced in the pilot: Who died during their vacation? However, moments before the death, the HBO drama included a very shocking moment that has everyone talking.

After Shane (Jake Lacy) succeeds in getting Armond (Murray Bartlett) fired, the addict is desperate to get back at him. No one is there, so he breaks into Shane’s room and decides to take a poop in his luggage.

Before he can sneak out, Shane comes back and discovers the surprise. He then grabs the pineapple-cutting knife and when he hears a noise, he plunges the blade around the corner in his room — right into Armond’s chest. While Shane is apologetic and runs for help, it’s too late. Armond is already dying and falls into the bathtub.

“I wanted to give Armond a good send-off. He had the best seating ever and then he had the greatest act of defiance ever — taking a crap in someone’s bag,” creator Mike White told TVLine of the ending. “There’s really nowhere to go from there.”

White noted that Bartlett, 50, definitely did not realize that the graphic suitcase scene would be shown.

“I actually think I told him that the shot of him crapping in the suitcase was not going to make it into the [final cut],” the School of Rock writer added. “I think I said, ‘Oh, I’m just going to use this as a set-up.’ But then later when we were [editing] I [realized] I had to show it. And I was like, ‘I need to tell him,’ but I never did. I guess I’m kind of procrastinating.”

The Survivor alum also explained that they “used two different CGI companies” for the fake poop. “My editor and the assistant were like, ‘This doesn’t look real enough.’ And I was like, ‘Should it look that real? The audience might not be able to handle it,’” White said. “We had a physical prop made for the close-up. And then there’s a CGI shot of it coming out.” 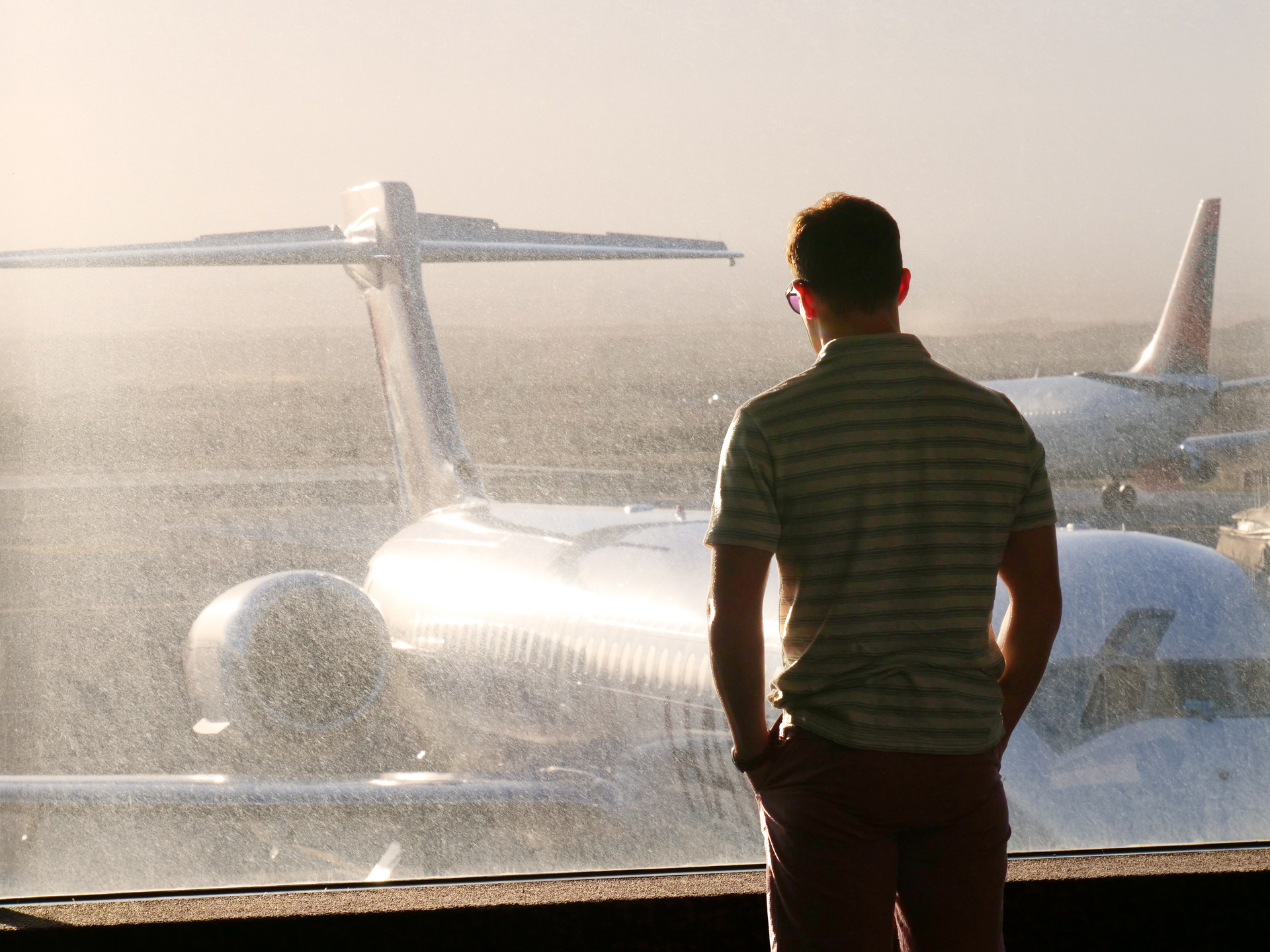 As for the Australian actor, he found the finale “brilliant,” due to the shock factor.

“What I love about Mike White’s writing is that characters sometimes fall off the edge and do something extreme that is really shocking and that you don’t expect. It’s like posing the question, ‘What would it look like if this character actually went through with it and did what they really want to do?’” he told Collider. “Also, Armond, at that point, is really high on drugs and he’s lost any sense of inhibition. What happens when we take away all of our inhibitions and do exactly what we want, fueled by this pent-up rage? It’s scary!”

Actors Who Turned Down Major Roles

Bartlett also told TVInsider that he wasn’t surprised his character was ultimately the one that died.

“He was kind of going off the rails. And so it seemed like a possibility at least, but I was still kind of shocked,” the Looking alum added. “I think it’s an amazing end for this character, [in the sense] that I don’t know where he would go after this. Not to say that he should die by any means. But I think in the moments after it’s happened and the shock and pain have sort of made their mark, there’s some release in death. He plays into this whole hierarchy and system of privilege that they’re all in, but he’s also a casualty of it. This system of privilege and entitlement doesn’t serve anybody in the end.”

The White Lotus has been renewed for a second season.