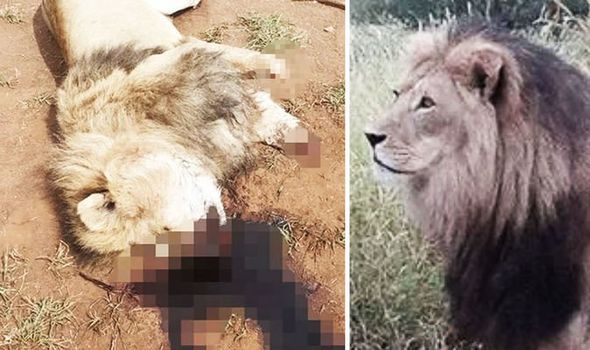 Distraught owner Menno Parsons, 46, was broken the news that his male lion Tau, 10, and four lionesses had been fed chicken carcasses laced with poison causing them an agonising death. Menno – one of the top air display pilots in South Africa – owns Sunward Ranch which provided lion experiences for underprivileged children near the town of Brits in Limpopo Province. On Tuesday night a gang of poachers threw poisoned chickens over the two electrified fences and waited for the predators to eat them and suffer for up to 30 minutes until all his five lions were dead.

Then they cut their way through the fences and using machetes hacked off the heads or jaws of the majestic lions to steal their teeth and hacked off 20 paws and stole them for use in “muti”.

Traditional witch doctors or healers use the body parts to make potions known as “muti” for local customers or the body parts are smuggled to the Far East and sold for vast amounts to dealers.

Divorced father-of-three Menno said : “When you get the phone call telling you that your lions have not just been killed by poachers but have been butchered I tell you nothing prepares you.

“I fly helicopters on anti-poaching patrols and go after poachers who are on the run to help out the police and security agencies but you never actually expect it is going to happen to you.

“I have looked after lions for 10 years and they are like a family to me.  I am not afraid of these poachers and I have got guys with me and we will be going out there looking for them,” he said.

Along with head of the pride Tau, 10, his four lionesses were killed sisters Tana and Jade, both 5, and Zuri and Nala, both 3. 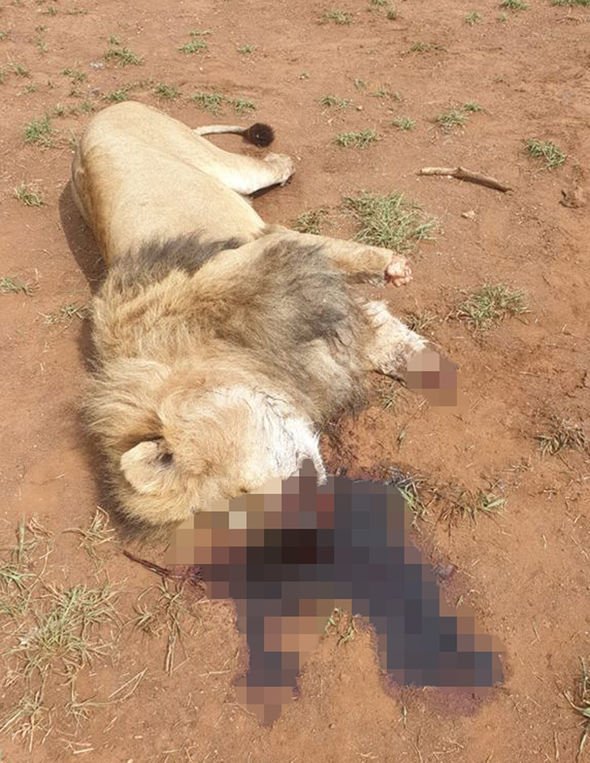 The animal park owner also flies a World War 2 P51 mustang and a Douglas DC3 airline and two Huey helicopters and is one of the most popular and experienced air display pilots on the SA circuit.

He said: “I give something back by providing children’s camps at Sunward Ranch for kids who have had it tough and it is aimed at underprivileged children or orphans or kids that have difficulties in life.

“It is an adventure camp and part of the experience is for them at the end to meet the lions and learn about them and understand the difficulties they have experienced but that they never ever gave up.

“It is a message I pass on to the kids but these evil people have come in and taken that all away from these children“ he said.

He says there appears to be a link between lion farms being audited and then attacked and is calling on the police to step up their efforts to crack the link and arrest the gangs responsible for the attacks.

The Provincial Commissioner of the South Africa Police Service Lieutenant General Neke Ledwaba said: “The poachers must be stopped in their tracks and brought to book”.

He said a team of top anti-poaching investigators had been put forward to investigate after the third attack since October.

Police spokesman Brigadier Motlafela Mojapelo said: “It would appear a fence has been cut to gain entry after the lions had been fed with chicken carcasses laced with poison.

“The lions were discovered at 8am on Wednesday and some of them were found decapitated and some had their paws cut off and their jaws and teeth removed.”

Earlier this month poachers killed four more lions with poisoned chicken but were disturbed and chased off by guards before they could hack off and steal their body parts.

Male lions Thor and Mumford and white lionesses Isis and Mia were found dead at the popular Chameleon Village Lion Park at Hartbeespoort north of Johannesburg.

Owner Hennie Pio, 31, said: “It is happening all over the country but these gangs never seem to get caught. They kill the lions and then just disappear as if into thin air.”

In October a pride of lions who ruled one of the largest urban game reserves were butchered for body parts at the Rietvlei Nature Reserve on the edge of Pretoria. 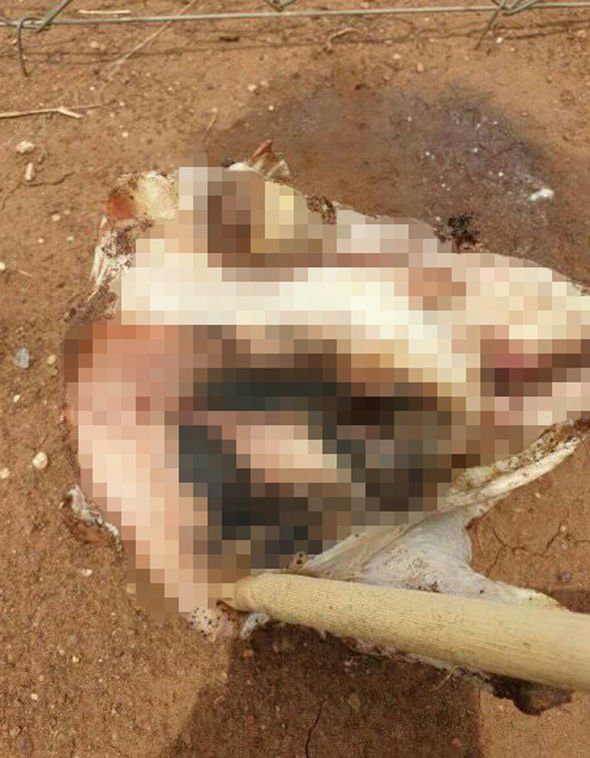 They had their jaws and paws hacked off leaving Head Ranger Bradden Stevens, 33, who had dedicated nearly a decade of his life to protecting them totally devastated.

The lions had 16 paws cut off and their 4 upper and lower jaws hacked off for their teeth with distraught Mr Stevens storming: “These gangs always get away with murder.”

In July last year Christa Sayman, 55, lost six lions to poachers who hacked off the heads and paws of four fully grown lions and also killed two other lion cubs.

And in May last year at the Jugomara Predator Park in Limpopo Province owner Justin Fernandes, 32, had three lions and a rare white tiger hacked to bits for body parts.

In April last year Gert Claasen, 48, had 3 lions butchered and 3 more stolen to be killed and butchered later at his game reserve in Petrus Steyn in Free State Province. 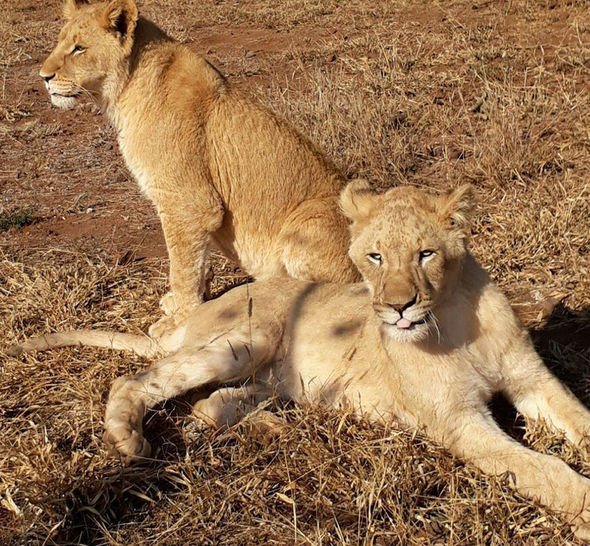 A complete lion skeleton can be bought in South Africa for £1,000 but in Vietnam it is worth £50,000 and the individual claws and teeth of a lion are highly prized.

A traditional healer from Limpopo who would not be named said: “The lion body parts are used to make strong muti which is a witchcraft potion made by healers to cast spells.

“These can be used to protect a person from illness or cure them or make them strong or virile or even used to scare enemies away or prevent them from being attacked,” she said.

Dr Kelly Marnewick of the Endangered Wildlife Trust keeps a close track on lions mutilated and poached or killed on private breeding farms and sanctuaries throughout South Africa.

She said: “It is mostly the claws, heads and teeth of the lions the poachers are after and in 2017 there were 22 captive lions killed and this is something that we are watching closely.”

It is feared lion bones are now becoming sought after to replace the far rarer tiger bones in demand in South East Asia and are being smuggled out for use in traditional medicines.