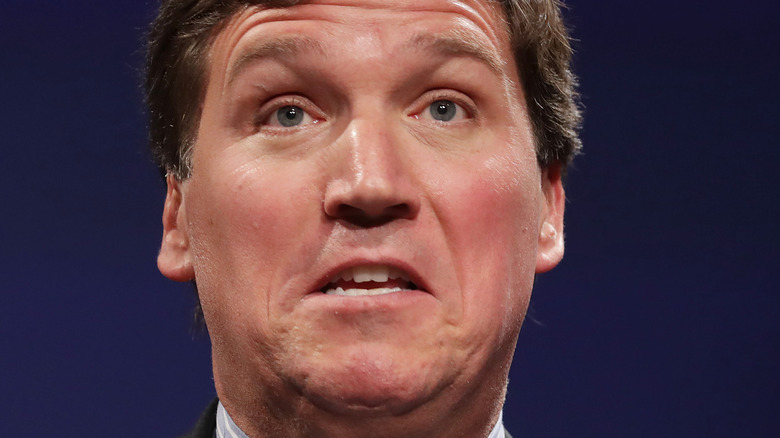 Tucker Carlson is a Fox News firebrand at the head of one of the most watched programs on the network and on cable news, in general (per Forbes). He has been at the center of any number of controversies over the years based on his incendiary comments on a range of topics, from white supremacy to immigration to women (via Business Insider). And he’s not slowing down. Carlson was interviewed by OutKick, where he called journalists “cringing animals who are not worthy of respect.” But, despite how despicable Carlson claims journalists can be, it appears he also shares information with them as a source (via The New York Times).

It turns out that Carlson sharing information with journalists was an open secret, particularly during Trump’s presidency. Times journalist Ben Smith has worked with Carlson in the past, and he researched Carlson’s behind-the-scenes involvement in the media. And as he put it, Carlson’s “the go-to guy for sometimes-unflattering stories about Donald J. Trump and for coverage of the internal politics of Fox News (not to mention stories about Mr. Carlson himself).” Also, other journalists Smith contacted referred to Carlson as “a great source” (via The New York Times).

This seems contradictory to Carlson’s public brand, which often involves railing against the liberal media and, as one reporter Smith spoke to put it, “It’s so unknown in the general public how much he plays both sides” (via The New York Times). 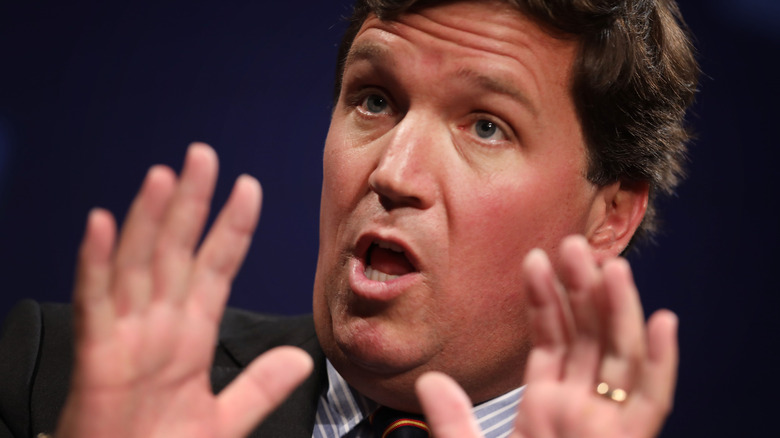 The reporting did not go unnoticed at Fox. Fox News host Mark Levin took to his radio show and, though he did not mention Carlson by name, he seemed to be directing his annoyance at Carlson directly. “I’ve been in this business almost 20 years. I worked in the Reagan administration for eight years. I never once, not once leaked anything to a newspaper or media outlet, ever — let alone the New York Times and their ilk. Certainly not about the people around me.”

And Levin went on to specifically name one of the CNN journalists who was referenced in the article as confirming Carlson’s status as a media tipster: “I used to be approached by the likes of a Brian Stelter, Oliver Darcy at CNN. I never sat down with them, never leaked anything to them. … It’s hard enough to be a conservative on radio and TV, it’s hard enough to be a conservative at a newspaper without people leaking against you.”

Another Fox host, Sean Hannity, seemingly brought up the controversy on his show, as well, without mentioning Carlson by name, but instead, saying, “Now, the big news is that some people at FOX apparently don’t like me and said bad things about me gutlessly behind my back, according to Ben Smith, to the members of the media mob.” There’s still no word yet from Carlson confirming or denying the NY Times report.