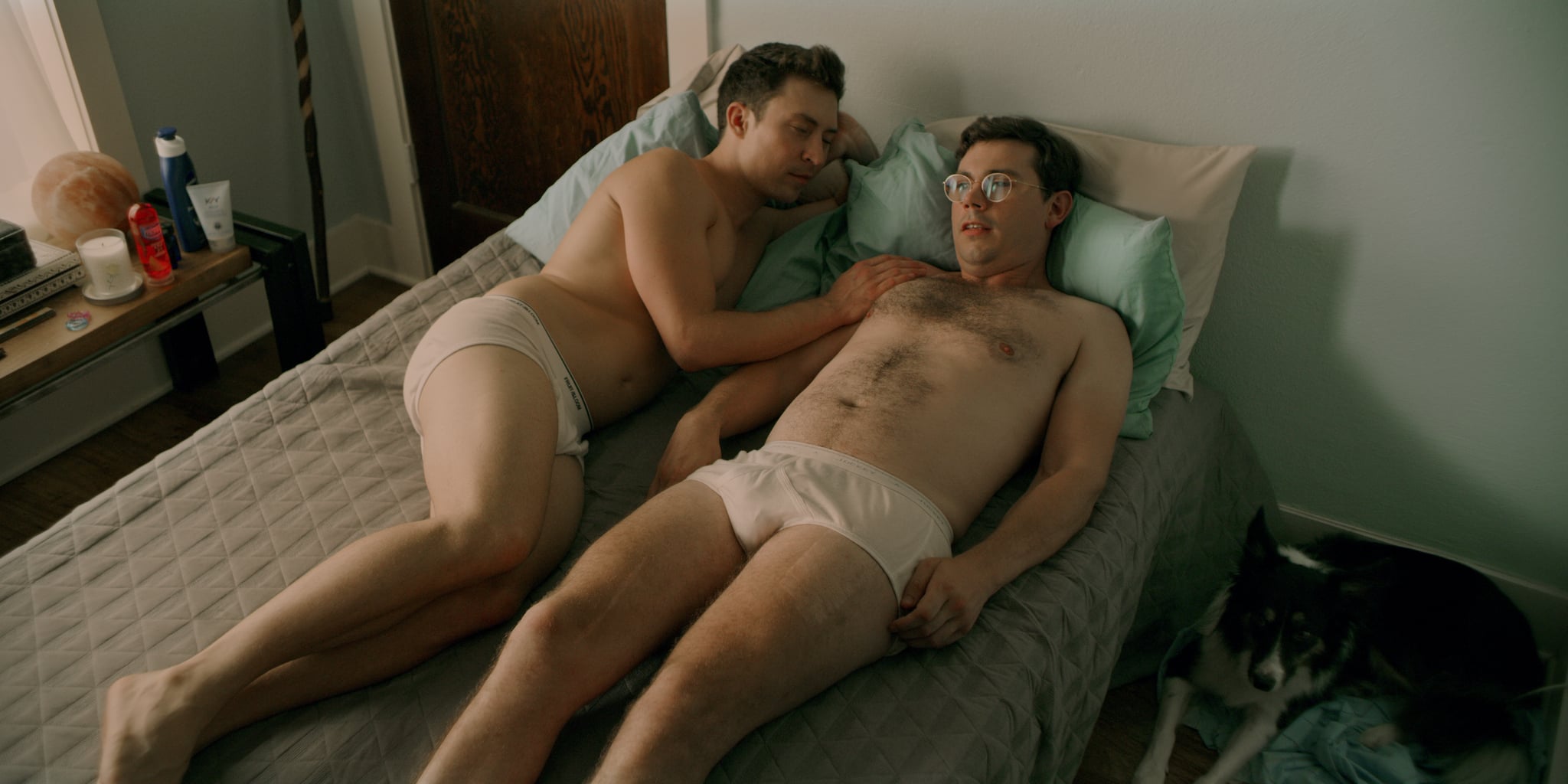 Hollywood may have a lack of imagination when it comes to the lives of gay people with disabilities, but Ryan O’Connell certainly doesn’t. In O’Connell’s new semi-autobiographical Netflix series, Special — which he created, wrote, and stars in — he plays Ryan, a gay man with cerebral palsy who becomes gradually emboldened to go after what he wants in life and in love.

It’s rare we see the stories of gay or disabled people play out on TV, full stop. Portrayals that reveal honest, capable-yet-imperfect people with human wants and needs, whose relationships don’t revolve around what others them, are ever rarer. So, to watch a gay man with cerebral palsy lose his virginity to a gentle, patient partner — a sex worker played beautifully by Brian Jordan Alvarez (of NBC’s Will & Grace and The Gay and Wondrous Life of Caleb Gallo on YouTube) — charts new territory for queer representation altogether.

On a three-way call, O’Connell and Alvarez spoke to POPSUGAR about breaking new ground on Special, putting the intimacy back in gay sex scenes, and what representation means to authentic storytelling. 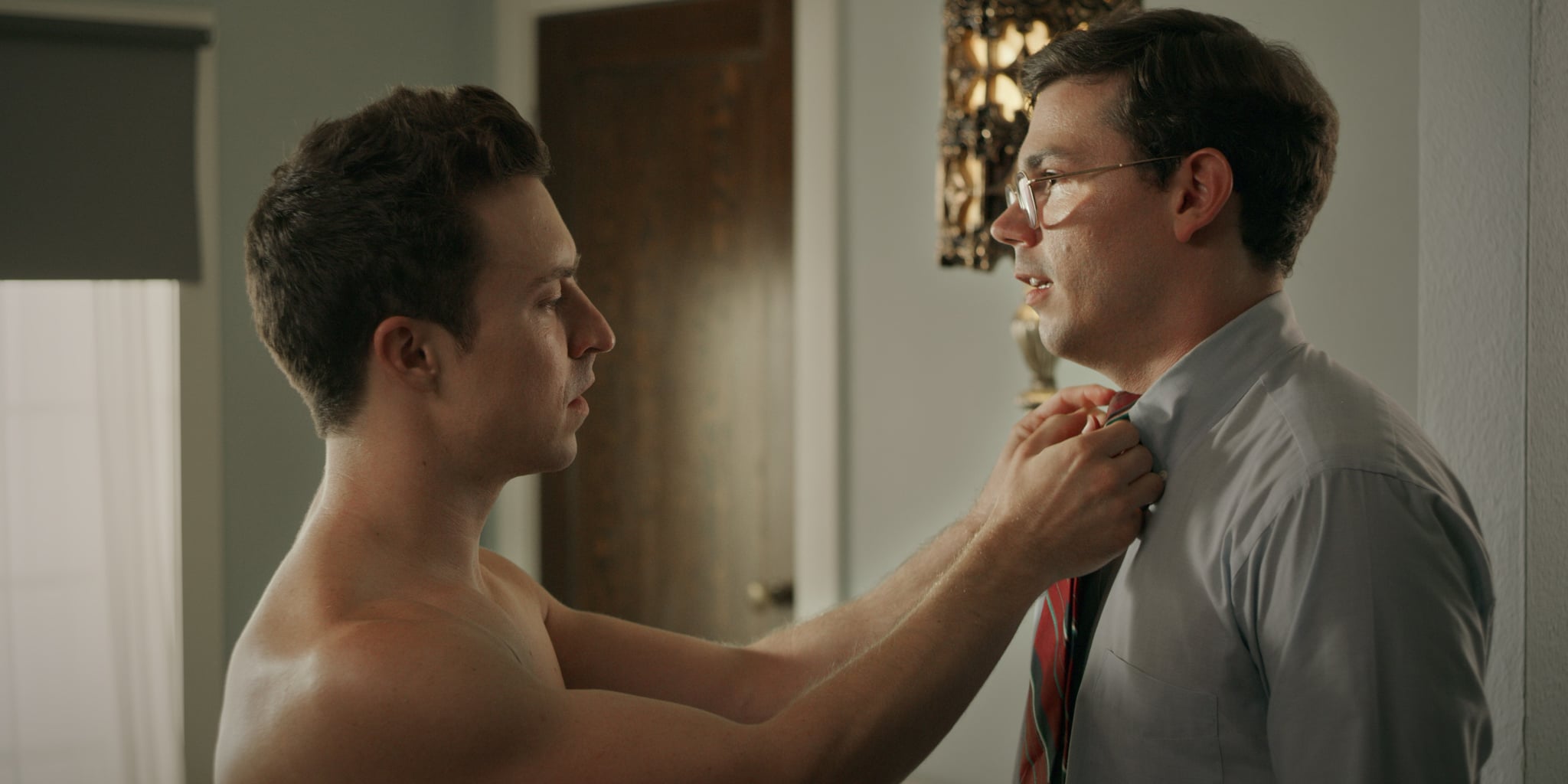 POPSUGAR: Could you tell me about your process, Ryan, writing out the sex scene in episode three?

Ryan O’Connell: I wrote it with Brian in mind. I didn’t ever go with anyone but Brian, knowing he would knock it out of the park. I mean, it’s pretty scripted. It was all scripted, but I would say when we filmed, we definitely did improvise a lot. Well, not a lot, but we definitely did a fair amount.

Brian Jordan Alvarez: That is true! I felt so free to improv on that set, and I’m so grateful that you let me.

RC: Brian had to undress me from my f*cking suit. It took forever. And I realized: I don’t have a dialogue in the script. I don’t know what to say. So we had to really try to make it work. That’s why, selfishly, I like to hire actors who are writers, because you get more bang for your buck. With Brian, he’s a gifted writer. I’m very greedy when it comes to casting.

BJA: Yeah, I forgot that we did — it took so long! You were literally wearing a full suit. So we just had all this time to think about the dog, your clip-on tie. All that stuff was so fun.

PS: How many times did you have to go through the motions of putting on and taking off that suit?

BJA: Ryan would know, but a lot.

RC: So, here’s the thing. I wrote this, like, not understanding acting. I didn’t get it — not quite. I didn’t understand I’d be getting out of a suit a million times. So, when I got naked, I thought I would be calm inside, but I was like, “Let’s party.” I literally was like, “Fine, I don’t care.” I was so playful. And obviously, laying in that position, my back was very uncomfortable and I was like, “Ow.” The hardest part about filming that sex scene, truly, was getting undressed and redressed. That was the most arduous task I think I ever did on the show.

PS: Ryan, you’ve said it was important for you to portray a more gentle, loving, sometimes even clunky side to gay sex. It felt very — hate to say this — special to watch. As actors, how did you go about making that scene feel realistic?

RC: Me and Brian have both had, I think, a fair amount of sex in our lives. [laughter] We know how to have sex. It’s an interesting question because there was a level of realism that we could bring to it as gay men who have had gay sex many times. We just really trusted each other through it because we both know what that’s like. So, as we were going through the motions, both of us were able to act very realistically. I don’t know if that’s, like, the most basic thing I’ve ever said in my life. [laughter] We were able to act!

PS: But it’s true: what a queer actor brings to a queer sex scene.

RC: That scene was so realistic in so many ways. It’s very real, more than any scene I’ve ever shot.

BJA: You should see that scene on the page, because it was written like that. The credit goes to the writer, [O’Connell], who I know is on the phone. The scene was written so realistically. The first time I read it, I was just bored because, that’s what I wanted. You could see that the script really goes through the motions in this realistic type of way that we don’t often get to see.

RC: But also, you added things, Brian! Like, when you added the line, “Very nice body.” I didn’t know you were going to do that, but in the best way. It was a great, genuine reaction. And that’s what I think about when I think of that scene, that most of it was genuine.

BJA: Shout-out to this scene, which has gotten so much love, really. Because it’s one scene in the whole show, and the whole show is incredible. But I just love — in a selfish way — I love how the work that we put into making it feel so warm and real has paid off. And we shot it all in a day.

RC: I shot late the night before so I hadn’t gotten to see you, and I think that actually really helped for the first time. It was awkward. I was genuinely very nervous. I had never kissed you before. There was a lot of newness, and I think that really benefited the scene — that we didn’t get a chance to practice.

PS: Was there any trepidation for you two, going into it, and if so, did it dissipate quickly?

RC: Oh, my God, Brian, were you nervous at all? I have this perception of you that you’re so unflappable. [laughter] If you were ever nervous in that scene, you never showed it at all. You were brave, in my eyes.

BJA: I think you’re right. I don’t think I was nervous. I just knew you, and I know you’re this genius, and I just knew it was my job to show up, and for my character to give your character as much love as possible. Really [to] just make this person in front of me completely comfortable, which I think worked on a variety of levels. I was extremely excited because you knew what you were doing when you were writing it for me, as you said you did. So, I just read it and I was like, “Oh, this is perfect for me. I literally cannot wait to get to set and do this.”

RC: When we got into it, it was so cool. We did this thing where we would cut, and he’d give me a hug or something, which would help me in a tremendous way because I’m not an actor. I’ve never acted before. I have a hard time coming in and out of the scene. And I’m so jealous of all the actors who are trained that know how to disconnect.

PS: How was that scene choreographed? How much of the movement was written into the script?

BJA: We had a major Broadway choreographer. We were [laughter] doing the choreo for six weeks.

PS: Wow, it was like the Homecoming of sex scenes.

BJA: No, how was it choreographed? Anna [Dokoza], right?

RC: Yeah, we choreographed it with Anna in my office. It was L-O-L. I had to narrate the performance for them on the couch in the middle of the day. I was like, “This is so awkward.” But it was a collaboration, really. Being a gay person, I think everyone kind of knows that you know what you’re doing.

PS: Considering the outpouring of love toward Special, what does it mean to you that, in a body of work with so many standout scenes, this one keeps floating to the surface?

BJA: When I did voice-over for little parts to fix the audio, I got to go into this sound-recording studio to dub over little parts of the dialogue. I got to see the whole scene. I kept just gasping and my jaw kept dropping every time they would show me a different part of it. I was like, “This is one of the best things I’ve ever seen.” And I kept literally falling to the floor. I don’t know if they told you this, Ryan . . . [laughter]

BJA: But the first time they showed me this scene, I was just like, “What is this? This is so incredible.” I was wailing and shouting. Because they were playing it on this huge screen in front of me. I was literally jaw-dropped. When we shot it, it felt amazing, and when I saw it, I was like, “Oh. I have never seen a scene like this before.”

RC: Yeah, and hopefully if we get a season two —

PS: Any word on season two yet?

RC: Conversations are starting next week, so who the f*ck knows. But we’re hopeful.

BJA: I’m putting my bet on it.