MILAN — The name of Furla’s new industrial complex says it all: Progetto Italia.

“It’s an Italian project because it’s an investment in Italy for Italy and it celebrates the best of Italy, the essence of the brand and its ability to innovate, create stylistic content and value,” said Mauro Sabatini, who was named chief executive officer of Furla in January.

“We believe the design of Furla Progetto Italia will stimulate creativity and experimentation,” Giovanna Furlanetto — who has relinquished her role as Furla’s president but continues to be fully involved in the company as one of its owners — concurred in a joint video interview.

The striking complex is based in the heart of Tuscany’s Chianti area, in Tavarnelle Val di Pesa, a 40-minute drive from Florence.

In an area of more than 464,000 square feet, three main buildings covering almost 197,000 square feet are dedicated to offices, production and logistics, respectively. The complex was designed by the Geza studio in Udine, Italy, winner of the American Architecture Prize in 2017 and 2019 and of the Architizer A+Awards Prize, harmoniously inserting industrial architecture “on the side of the hills, with extreme attention paid to the natural landscape, and targeting the well-being of the employees,” underscored Furlanetto.

Eurovision Song Contest: The Most Memorable Moments of All Time

The buildings are positioned at different heights, following the land, and a series of patios and green roofs blur the boundaries between the indoors and the outdoors. Paying tribute to the traditional Tuscan garden landscape, cypresses stand tall in rows at the entrance of the complex. 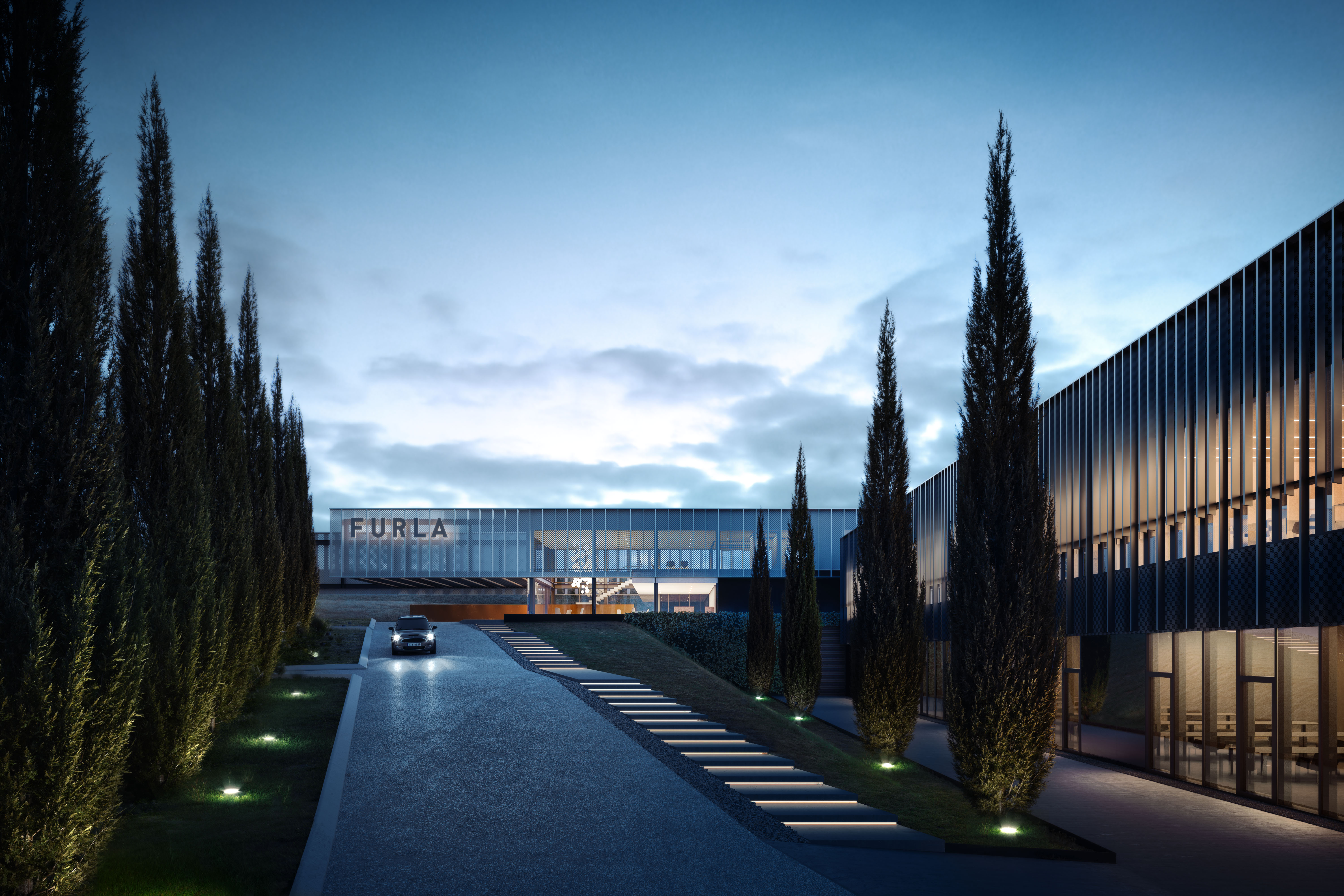 “Furla Progetto Italia is a first step into the future of the company,” offered Sabatini, who has succeeded Alberto Camerlengo, now executive president of the board. Sabatini leverages in-depth knowledge of both Furla and the leather goods industry. For more than 18 years, he was CEO of Effeuno, a leather goods manufacturing company he founded in Tavarnelle Val di Pesa, and Furla’s supplier and longtime partner.

In 2018, Furla, which is based in Bologna, took control of Effeuno, which already exclusively produced Furla’s accessories, employing more than 100 workers and producing two million bags and small leather goods a year. The takeover was part of Furla’s strategy to invest in Italy and to strengthen the group’s supply chain, boosting production. “This new Furla home is the result of the consolidation and integration of Effeuno in Furla, internalizing and maintaining control over the most delicate phases of the production process,” said Sabatini.

Progetto Italia will become the heart of handbag production for Furla, although Sabatini also expects to develop the brand’s small leather goods. The investment in the complex amounted to 30 million euros, he revealed.

Three years in the making, a first part of the plant was ready at the end of August 2020, but the site will be completed by the end of this month, housing 130 employees for the time being. In September, Furla will start to hire again, said Sabatini, after a slowdown due to the coronavirus pandemic last year. In three years, he expects the complex to have around 250 employees.

To guarantee a future for Furla as well as to support a generational shift taking place in the country, the complex will house the Furla Academy, a school and training center. The goal is to pass on the company’s know-how and craftsmanship through academic lessons and technical and practical courses to learn the entire production process. “It takes a minimum of about five years to train an artisan specialized in leather goods,” explained Sabatini, noting that Furla employs artisans that have been working for the brand for as many as 30 years.

Furlanetto underscored Furla’s investments in social sustainability and welfare, but also the steps taken to minimize the impact on the environment. For example, the surface of the production buildings were treated with a special paint called Airlite, based on inorganic mineral dust, which when activated by light reduces the polluting agents in the air. “One square meter of this paint has the same purifying effect in the air of one square meter of forest,” she said. In addition, the complex has a system that channels rain in the clayey land to reuse it to water the gardens and the green areas. The complex features a photovoltaic system and solar panels for the production of hot water and energy is derived from renewable sources. 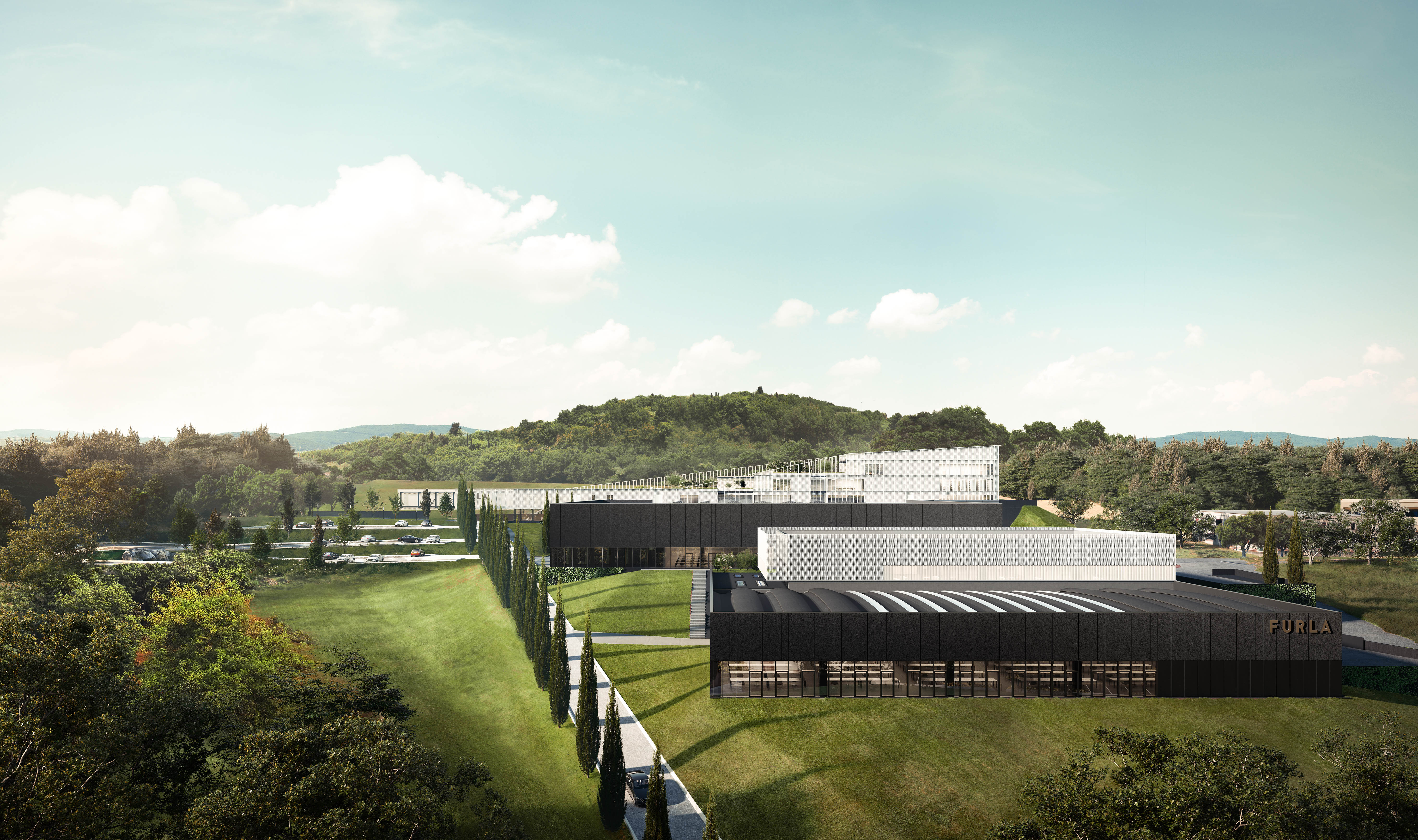 While Sabatini admitted Furla recorded a double-digit decrease in 2020 due to the impact of the pandemic, he characterized 2021 as a year of transition, setting the foundations for a recovery in 2022 or 2023. The company has seen a double-digit increase in sales in the first quarter, he offered. Revenues in China were up 73 percent compared with 2020 and are “almost back to pre-COVID-19 levels.” All of Asia-Pacific, China included, has shown 54 percent growth in sales. Japan continues to be the main single market for Furla in terms of sales, representing 30 percent of the total. Europe, which accounts for 42 percent of revenues, continues to lag behind due to the lack of international tourism.

As reported, Furla group sales in 2019 were flat compared with 2018, totaling 502 million euros, reclassified according to the IFRS accounting principles, as the company voluntarily cut back on 18 million euros in revenues by slashing sales derived from the gray market as part of its repositioning strategy.

“We have to be more dynamic and reactive. We want to be a global company tailored on local markets as tourists will not return right away,” continued Sabatini, adding that the company is revising its concept stores.

Separately, Furlanetto, who has been heading the cultural and artistic Fondazione Furla for years, said a new exhibition will bow this week at the GAM, Milan’s modern art gallery, displaying works by Iranian-German visual artist Nairy Baghramian. 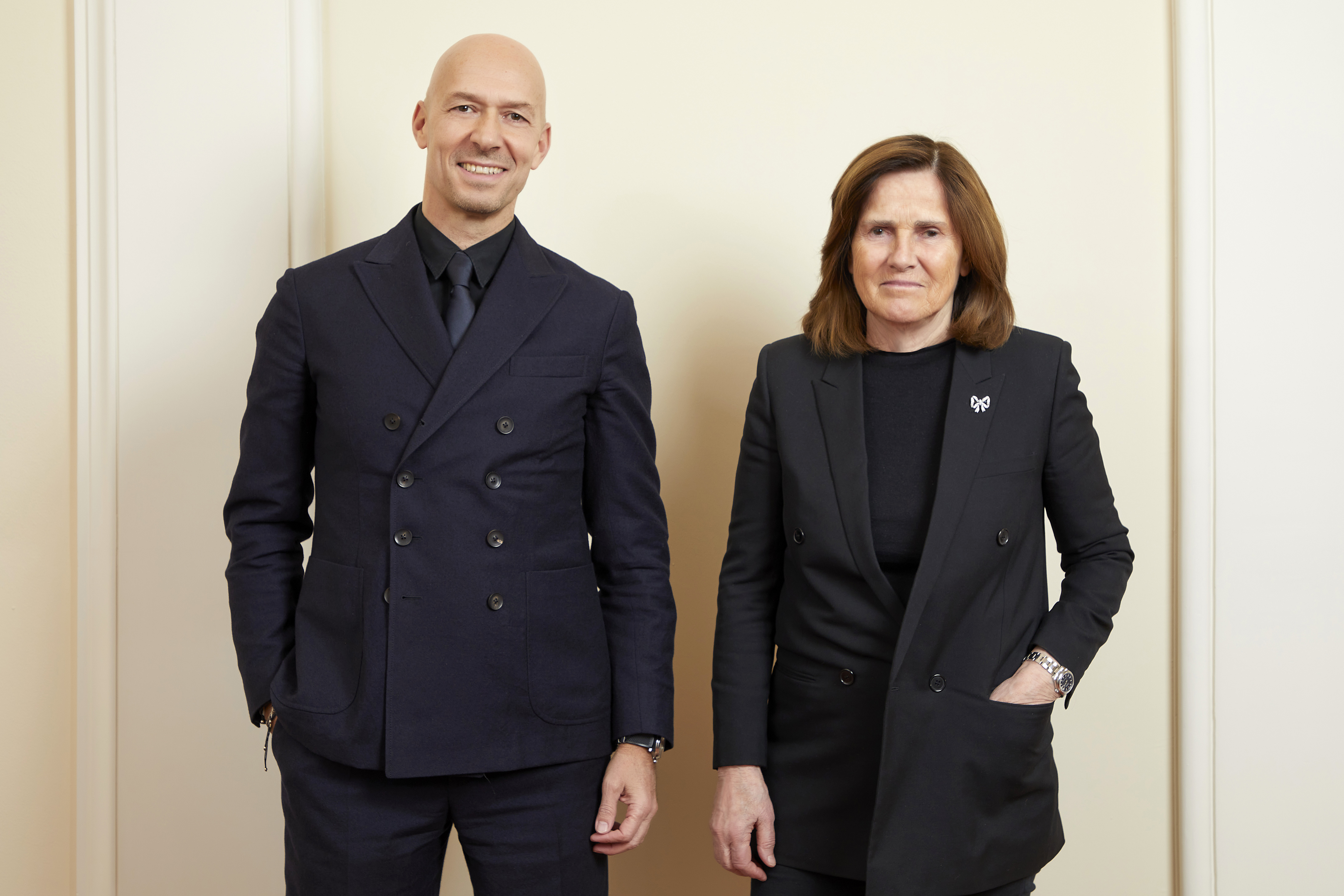