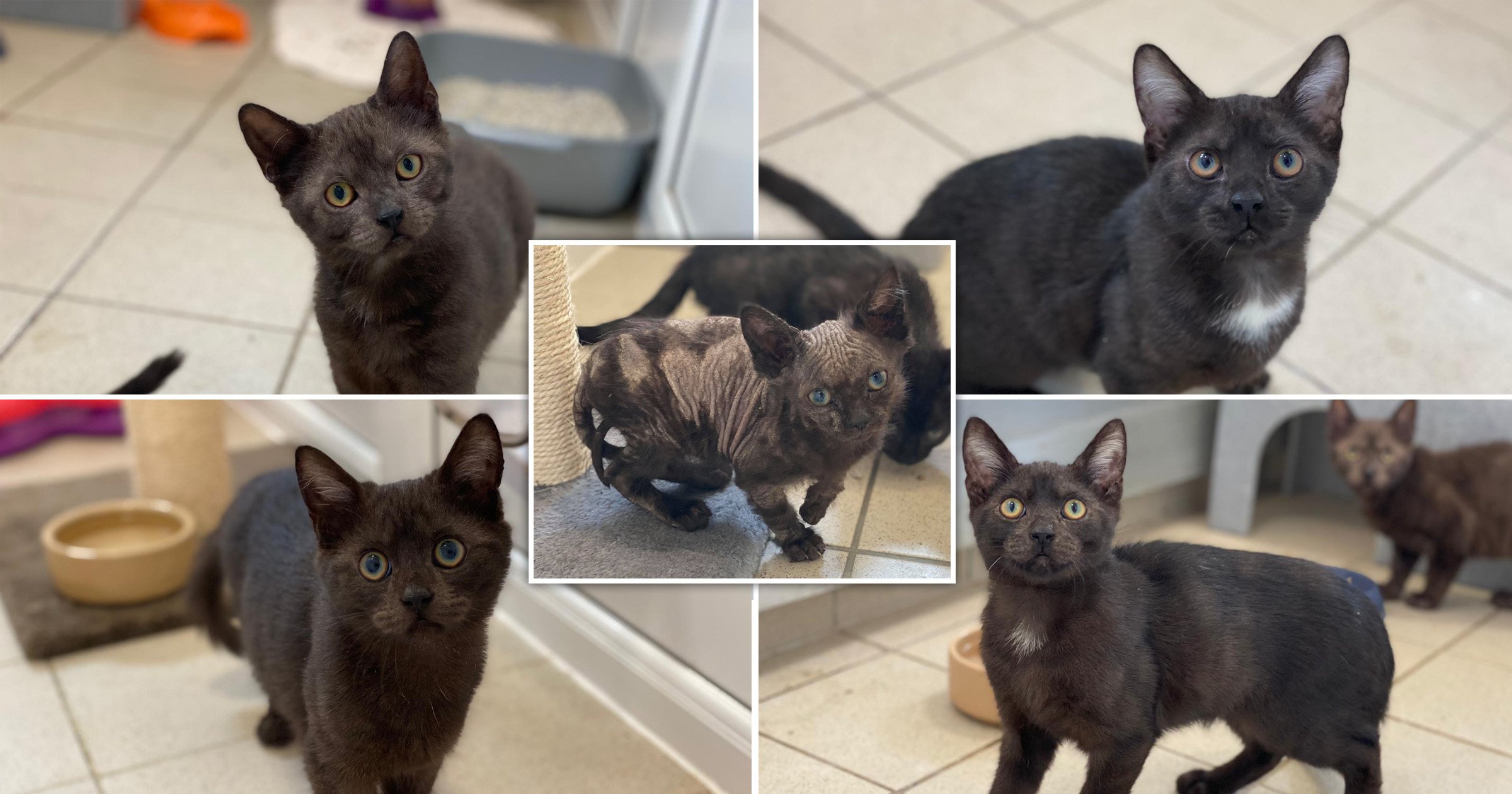 Five kittens who were found dumped in a cardboard box and suffering from ringworm will all need homes once their recovery is complete.

The kittens have since been named Petrie, Ducky, Littlefoot, Spike and Cera, after characters from the 1988 film The Land Before Time.

All five of them were found to be suffering from ringworm, with one almost totally bald.

Ringworm can trigger uncomfortable dry, cracked and itchy skin and can cause cats and dogs to lose all their fur if left untreated.

The kittens are now being cared for by Blue Cross staff as they continue their recovery.

Jade Griffiths, Animal Welfare Assistant at Blue Cross in Burford, said the kittens probably would have died if they hadn’t been found and rescued.

‘All of them were missing some fur,’ she says, ‘some had sore patches and one was completely bald with dry cracked skin.

‘They were all very hungry and dehydrated, so we had to feed them little and often initially to stop them from making themselves sick, as they literally inhaled their food.

‘They have been prescribed anti-fungal medicine to treat the ringworm and have also needed medicated baths to help their sore skin, as well as regular vet checks to assess their progress.

‘When I first saw these guys, it really was heartbreaking because they were so scared, so small and so unwell.

‘We named them after characters from The Land Before Time because the movie is about a group of young dinosaurs who had to overcome great obstacles and lots of change in their young lives, which really resonated with what these lovely kittens have been through.

‘They have overcome being abandoned, they’ve kept each other company along the way, and also they were a bit scaley when they first came in – it just seemed to fit.

‘Hopefully, these sweet kittens have a happy ending just like the film.’

The kittens are now 17 weeks old but aren’t quite ready to be rehomed yet as they’re still recovering.

Jade said: ‘Once we’ve confirmed they are clear of the ringworm, which hopefully should be in around six weeks’ time, then we should be able to put them up for rehoming.

‘We can’t wait to see them head off to new homes, and I’m sure they will be quickly snapped up.

‘The three boys, Littlefoot, Spike and Petrie are all love bugs, purring when we enter their pen to clean and feed them, and they are very playful.

‘The two girls, Cera and Ducky, are very sweet. Ducky loves her food and doesn’t like to share, while Cera is a bit more nervous than the rest of the group and can be shy at times.

‘They’d usually be in the care of one of our foster homes at such a young age, but they’ve had to stay in our care at the centre due to the ringworm as it’s contagious and requires close monitoring.’

Jade adds: ‘We would urge anyone struggling with any animal to contact us for help rather than abandoning them as it’s unlikely these kittens would have survived if they hadn’t been found.’

The arrival of these five sweeties came just weeks after two kittens were found abandoned in a taped-up box by a lay-by often used for fly-tipping.

Those four-week-old kittens, since named Bumble and Pip, were luckily found unharmed by a member of the public, and have since both found new homes.