Music – The Rite of Spring 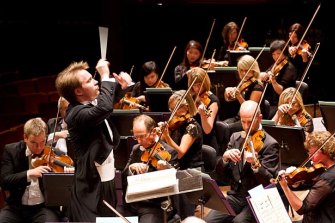 The Sydney Symphony Orchestra is launching its Symphony Hour series at Sydney Town Hall featuring one of classical music's most thrilling works: The Rite of Spring by Russian composer Igor Stravinsky. First performed in Paris in 1913, the concert is said to have started a riot with the audience captivated by the spectacular performance. As a bonus, the SSO has teamed up with local craft brewery Young Henrys to provide guests with a free beer or cider at each performance.
Wednesday and Thursday, 7pm, Sydney Town Hall; next Saturday, 8pm, Sydney Coliseum Theatre, Rooty Hill, $35+, sydneysymphony.com 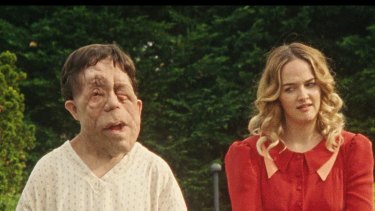 Chained for Life is one of the films screening at the Fantastic Film Festival.

Here's one for the risk-takers. Promising to deliver the "strange, subversive and surreal", this festival is not exactly run-of-the-mill. There are dystopian zombie films, psychological terrors and a fair bit of gore among some boundary-pushing and bizarre cinema. Even the festival director admits some of the films' raw truths could get under your skin. Round out the festival by attending a trivia night to test your knowledge of all things strange and absurd.
February 20 to March 2, various times, Ritz Cinemas, Randwick, $21.50, fantasticfilmfestival.com.au 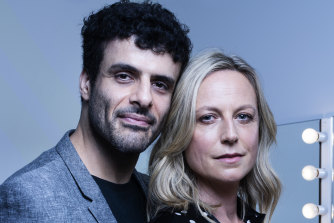 The Sydney Theatre Company has just opened its 2020 season with a drama about a woman caught between an uninspiring marriage and an unsustainable affair. Set in 1950s London, Hester Collyer is in turmoil after gambling everything for an ex-fighter pilot and attempting to take her life. But, determined to face her demons, she stares into the abyss and tries to forge a new path.
Until March 7, various times, Roslyn Packer Theatre, Walsh Bay, $93+, sydneytheatre.com.au

If you can carve out an hour at lunchtime this week, pop down to hear a fascinating talk that promises to take you Inside the Mind of a Musician. You might have heard some musicians say they can hear the music before they have even played it, but what does that mean? Join Macquarie University cognitive scientist Dr Rebecca Gelding as she explains the neuroscience of musical imagery and why internal listening skills are so fundamental for musicians.
Tuesday, 12.30pm, City Recital Hall, Sydney, free, cityrecitalhall.com 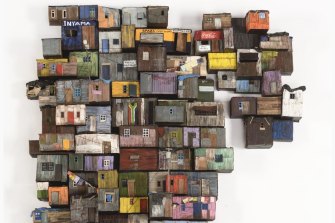 Shona Bolst’s HSC artwork on display at the ArtExpress exhibition at the Art Gallery of NSW.

The next generation of creatives is on show at this annual exhibition which displays a selection of artworks from the outstanding Visual Arts students from last year's HSC. Gain an insight into the creativity behind the works and why the students chose to make what they did. The range is vast, from painting and sculpture to ceramics and photography, and the quality is impressive. There's also a local exhibition in Gymea displaying works from southern Sydney schools.
Until April 26, Art Gallery of NSW, Sydney, free, artgallery.nsw.gov.au; Until April 13, 10am-5pm, Hazelhurst Arts Centre, Gymea, free, sutherlandshire.nsw.gov.au 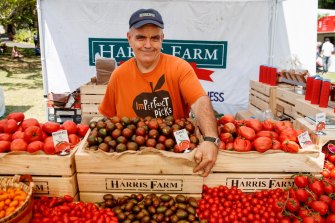 Returning for its seventh year, this festival is your chance to purchase Sydney's best-quality tomatoes. There will also be food stalls, tips to keep your kitchen garden healthy, and cooking demonstrations to help inspire your Italian cuisine.  For kids, there's a bush tucker class ($20.50) where they will forage for plants alongside Aboriginal educators and make pizzas using native ingredients for extra flavour. There is even a "best homegrown tomato" competition. As well as taste, judges will make their decision based on the fruit's colour, smell, texture and overall appearance.
Saturday 10am-7pm and Sunday 10am-4pm, free, The Royal Botanic Garden Sydney, rbgsyd.nsw.gov.au 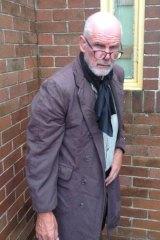 Herald columnist Peter FitzSimons trades his red bandanna for a Scottish accent as he performs the role of Harry McNish in Shackleton's Carpenter. The play re-enacts the Antarctic explorer Sir Ernest Shackleton's epic and historic voyage through the eyes of his carpenter (McNish), who suffered the injustice of missing out on receiving the Polar Medal. As well as the drama of the expedition, the play brings to life this minor character, giving him a voice and telling his side of the story.
Until March 1, various times, Australian National Maritime Museum, Darling Harbour, $65, sea.museum 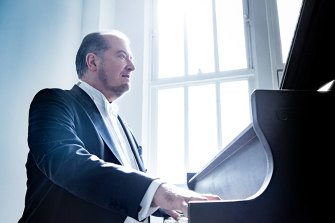 Garrick Ohlsson will wow audiences with his finesse.Credit:Dario Acosta

Masterful American classical pianist Garrick Ohlsson is visiting Sydney to perform two piano recitals. The 71-year-old will dazzle you with a vast repertoire from Beethoven and Prokofiev to Brahms and Chopin. Ohlsson is a gentle giant renowned for his finesse and delicate touch, at odds with his tall stature and large hand-span. Arrive 45 minutes early to hear a pre-concert talk about the program's most intricate moments.
Saturday 2pm and Monday 7pm, City Recital Hall, Sydney, $67+, musicaviva.com.au