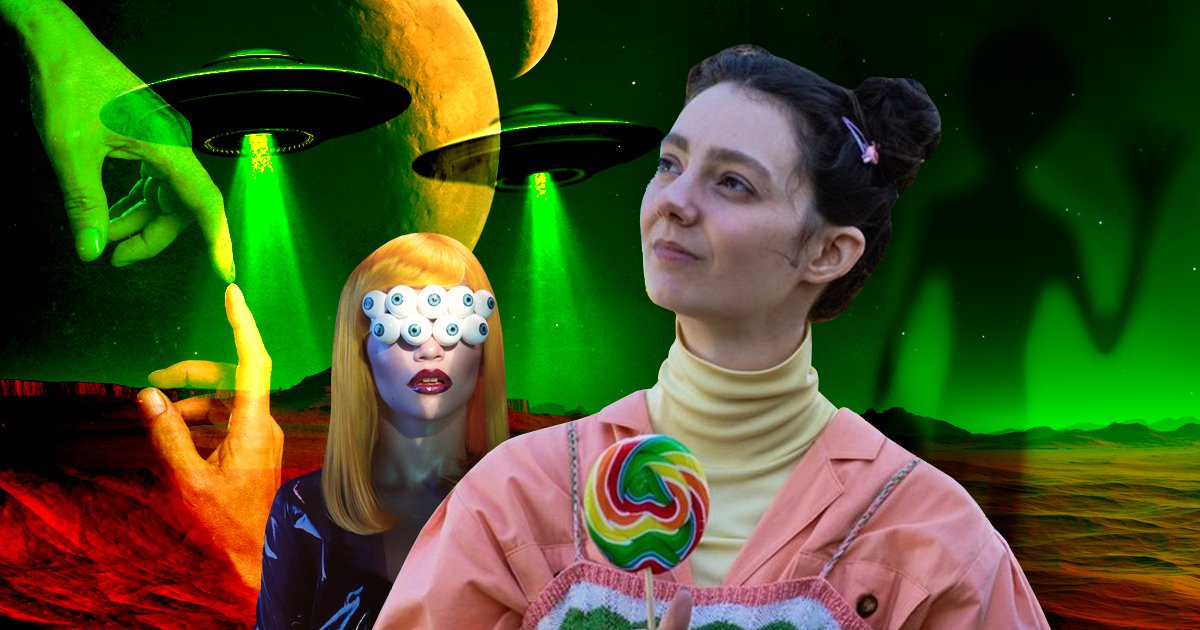 But another sexual interest has recently been thrown into the spotlight – off the back of Sex Education season 3 – and that’s exophilia.

The term typically refers to the passion or sexual attraction for extraterrestrial, supernatural or otherwise non-human life-forms – such as aliens (although Demi Lovato says we shouldn’t use that term…).

‘People with exophilia have a sexual longing to be with non-human life forms, and are aroused by images of such,’ says Lucy Beresford, a psychotherapist, relationship expert and broadcaster.

This can also apply to other-worldly entities, energies or beings.

Lucy adds: ‘We see this as a fetish mainly because such objects do not usually have sexual connotations.

‘Although the cause or trigger for this fetish is hard to pinpoint, myths from other cultures do speak of spirit or alien couplings with humans that appear to us sexual in nature.’

However, sex and relationship expert Ruby Payne points out that many people don’t actually view this as a festish at all.

She says: ‘Some people don’t regard exophilia as a fetish, but rather that some individuals are simply born with this love of the other-worldly.’

It’s also not a recent phenomenon.

‘Many believe that exophilia used to be more common than it is now. Mythology from other cultures often tell of couplings between spirits, aliens and demigods with humans that are sexual in nature,’ Ruby continues.

‘Some people may get turned on simply by the thought of other intelligent beings existing in a galaxy far, far away. The endless possibilities of space, the weightlessness of no gravity and the alluring cold – it’s not difficult to understand the curiosity.’

Ruby adds that exophiles can be attracted to anything that isn’t human – this could be aliens, robots, the supernatural (such as demons, angels or monsters), or even spirits and gods.

But the attraction is varied within this.

‘Ultimately, fetishes are like snowflakes – each one is different,’ she continues.

‘Some people could be attracted to the physical aspects of aliens or the supernatural, whereas others are more interested in what they could do to you – whether it’s the stereotypical “probing” or telepathic sexual contact.

‘Some may not want to have sex with aliens at all, but rather be whisked away to explore the galaxy – for the latter it’s more about the emotional connection.’

It’s also worth pointing out that fantasy is the key element with exophilia.

‘The majority of websites out there where exophiles gather never claim to have had sex with an alien; they are more aroused by the idea or thought of doing so,’ adds Ruby.

‘Most exophiles will understand that it is impossible for their fetish to come to life, so they make it real in other ways.’

Those claiming they’ve actually had sex with aliens is something totally different, stresses Lucy.

She says: ‘People mainly fantasise about their fetish as a way to get aroused.

‘However, there can be some cases where people actually believe they have had sex with an alien, and this could be more about having persistent delusional disorder.’

How to explore exophilia: