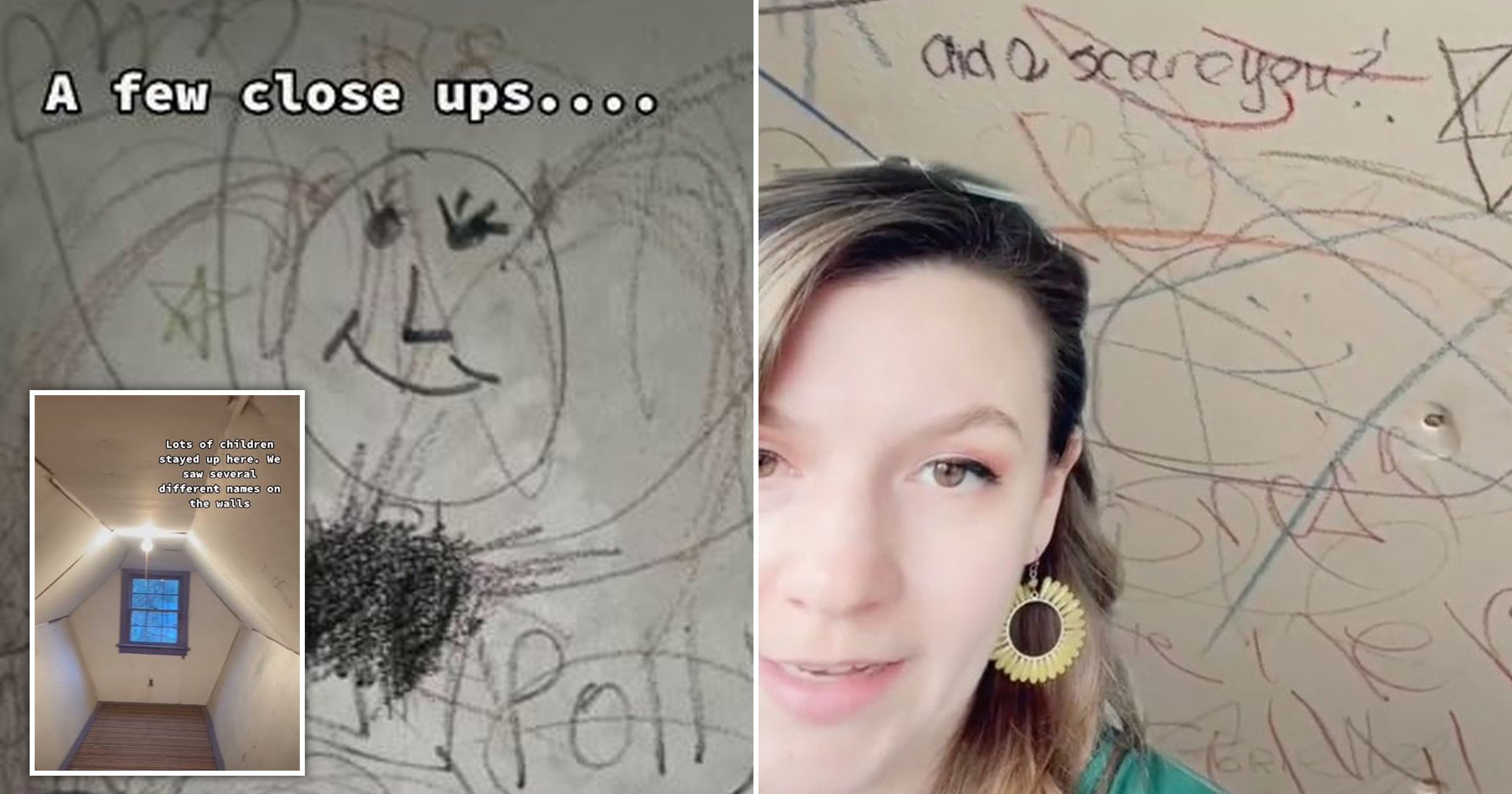 An estate agent has gone viral on TikTok after sharing a video of a ‘disturbing’ attic she found in a home.

User @Mary_soroka_rva_realtor shared her find on the video-sharing app in a clip that has now been viewed over 2.4 million times.

In it, Mary described the attic as the ‘creepiest thing’ she had ever seen while showing a house.

‘Let me just preface by saying this room is actually really disturbing,’ she explained.

‘We found this in a house that has been vacant for some time now and we just thought we were checking out the attic. Pulled down the stairs – this is what we found.’

She then showed viewers clips of the long hexagon-shaped room complete with striped carpet and window. However, the walls were covered in children’s drawings and messages in crayon.

One disturbingly read: ‘Did I scare you?’

‘Again, this was in a pull-down attic space, no A/C, children’s drawings in crayon all over the place. Really disturbing to say the least,’ Mary said.

She added that she found 10 different names on the walls.

Show me the creepiest thing you’ve seen while showing a house. This is mine #greenscreenvideo #greenscreen #creepy #creepytiktok #realtors #kids

Those in the comments had mixed opinions about the attic. Some believed it was a normal form of expression from young children.

‘Idk..we painted our attic space and turned it into a little art studio. Over the years, the kids have drawn on the walls in there. Now selling the house and our realtor said it’s such a small space, that’s mainly used for storage, to not even worry about covering it up. Not abnormal at all,’ wrote another.

However, others argued it was less than typical behaviour.

While another said: ‘Definitely not good vibes. That drawing of Sailor Moon was very..vulgar for a young child. Looks like they had some trauma.’

In later videos, Mary gave some backstory to the house. The seller of the home is now 87 years old and bought the house in 1974. She lived there for many years but moved to purchase a property on one level.

Mary now believes that the room was a play area of some sort but still has reservations.

‘I still maintain it was creepy,’ she said.

‘It’s a weird room and it’s a weird surprise to get when you are showing a house.’

Send us an email at [email protected]