Will Republicans dare bring down the galumphing orange gorilla? As Donald Trump announces a third run at the White House, he may no longer have the backing of enough senior party members, writes JON SOPEL

You may remember the old Hammer Horror films, where the monster lies semi-buried in the earth, apparently dead. But then there is a twitch of a finger, the eyes open and the beast rises again, terrifying the life out of those who wish him gone.

For a man who has made a habit of confounding his critics’ expectations, reports in recent weeks of Donald Trump’s political demise have no doubt been much exaggerated. But when he announced in the early hours of yesterday that he will run for the U.S. presidency in 2024, some onlookers remarked on the rather muted mood.

The wild, unchained and raucous showman of old, who flouted convention with provocation and shock tactics, was, in many ways, gone. In the rambling, hour-long speech at his Mar-a-Lago estate in Florida, there were no barmy claims that the 2020 election was ‘stolen’ from him. Perhaps his advisers had prevailed upon him, begged him not to go there. 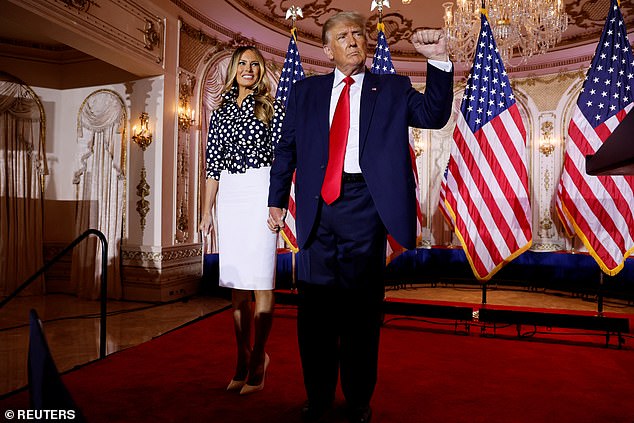 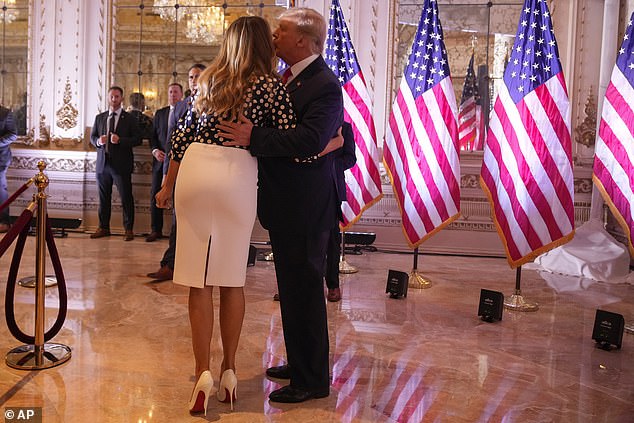 Let’s first look at last week’s midterm results. In virtually every race, the candidates that Trump had backed did worse than other Republicans. That the Democrats were able to keep hold of a majority in the Senate was largely blamed on Trump’s negative influence.

Would this, some wondered, be an opportune moment for The Donald to take a step back? Fat chance!

Having trailed that he was going to be making an ‘exciting’ announcement before the results even arrived, there was never any real possibility that he’d back out.

What’s more, running allows The Donald to do his two favourite things in the world: raise a ton of money (for the campaign) and remain the centre of attention.

I recall watching one of his speeches a few years ago in that very same Mar-a-Lago ballroom where he addressed supporters yesterday; nothing energises him like the roar of a crowd. But that was then — and now he is facing an uphill battle.

First, he is beset by serious legal woes — investigations by the Department of Justice for which the Attorney General will ultimately decide whether to prosecute him. He could go to jail. But is that really going to happen to someone who is running to be the next president? Perhaps that uncertainty is part of Trump’s calculation. 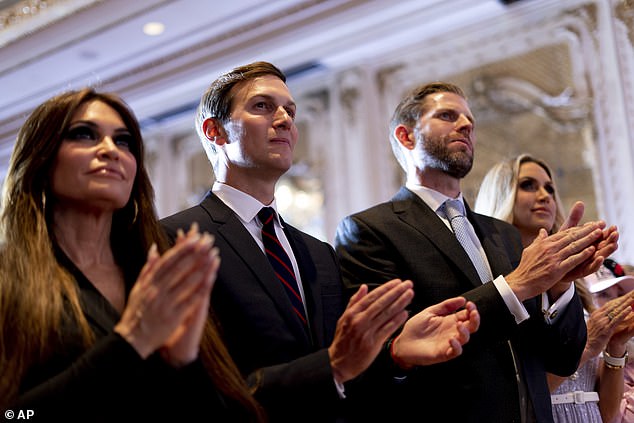 Second, and in stark contrast to 2016, Trump now faces doing battle with senior Republicans. Many of them fear that, despite President Biden’s seemingly declining capabilities, he still stands a good chance of defeating Trump in 2024.

The Capitol riots on January 6 last year — allegedly incited by Trump — still loom large in the American conscience. Even for many lifelong Republican voters, The Donald is now just too much to handle.

Party grandees are also increasingly aware that they could produce a candidate who would be almost certain to trounce Biden, already nearly 80.

Step forward Ron DeSantis, 44, the ebullient Florida governor and former Trump protege who has cemented his hold over the state the former president calls home.

Undoubtedly, Trump is spooked by DeSantis’s rise and rise. The wave of positive publicity he’s receiving and the admiring glances he’s drawing from big money donors will have been unsettling. 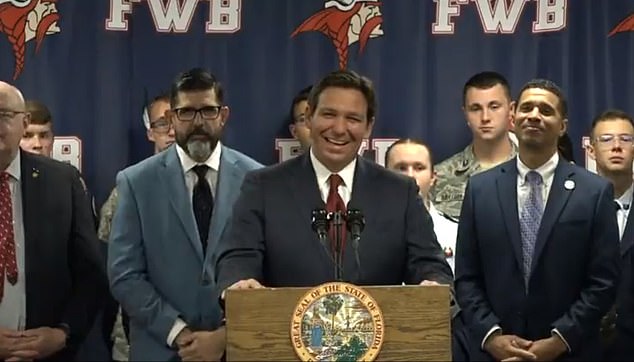 And there you have the party’s deadly conundrum: pick DeSantis (pictured) and likely win in 2024 — but stand in the way of Trump at your peril

In many ways, yesterday’s announcement was the galumphing orange gorilla climbing into the ring, beating his chest and letting out a fearsome roar: ‘Fight me if you dare.’

Will it work? On the one hand, to try to predict Trump’s behaviour is to try to rationalise the irrational. And, yes, he is still seen as the saviour of the nation by millions of Americans. But, it must be said, the odds are not in his favour. Moderate Republicans, white and college-educated women, young people and those who live in the suburbs all seem to have made up their minds that they want him gone.

And there you have the party’s deadly conundrum: pick DeSantis and likely win in 2024 — but stand in the way of Trump at your peril. So the question: who among them has the courage to drive a stake through the heart of the formidable political monster they helped create?