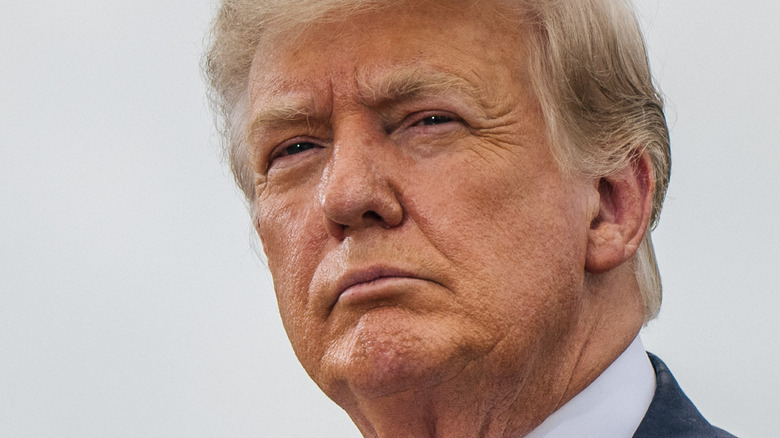 When former President Donald Trump first stepped into the Oval Office in 2016, it seemed as though he shared a relatively stable relationship with Senate Minority Leader Mitch McConnell. Throughout Trump’s first impeachment trial and various criticisms of the way he was running the executive branch of government, McConnell had maintained a good relationship with the former president. Their relationship changed drastically after the Capitol riot in January. During a 20-minute speech on the Senate floor, McConnell stated that Trump was “practically and morally responsible” for the insurrection at the Capitol, per USA Today. If Trump had still been in the office at that point in time, McConnell also stated that he would have considered impeaching the former president.

Since that point in time, Trump has been fairly vocal about his opinion of McConnell. During an interview with Fox Business’ Maria Bartiromo in April, Trump accused McConnell of being bad at his job. “We need good leadership. Mitch McConnell has not done a great job, I think they should change Mitch McConnell,” Trump said during the interview, according to The Hill.

Though McConnell has stated that he will support any Republican candidate in the 2024 presidential election, it seems as though Trump has no interest in receiving help of any kind from his former colleague. Trump’s disdain for McConnell was made even more apparent in his most recent comments made on Monday.

Trump believes that McConnell 'blew it for the country' 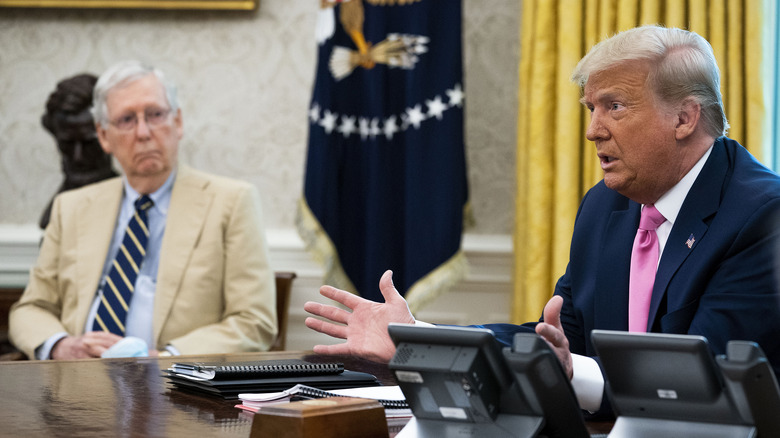 Former President Donald Trump is incredibly angry about former Attorney General William Barr’s comments about Senate Minority Leader Mitch McConnell’s actions after the November election published in an upcoming book, “Betrayal,” written by ABC News correspondent Jonathan Karl. The book recounts the final days of Trump’s presidency. In the clip published from the book, Barr revealed that McConnell had told him to push back against Trump’s claims that the 2020 presidential election was fraudulent, per The Hill. According to Barr, McConnell was worried that Trump’s actions could make it harder for Republicans to win January’s Senate runoff elections in Georgia.

After reading this excerpt, Trump was quick to fire off a series of insults about McConnell and cited his remorse for backing the Senate Minority Leader in his 2020 re-election campaign in Kentucky. “Had Mitch McConnell fought for the Presidency like he should have, there would right now be Presidential Vetoes on all of the phased Legislation that he has proven to be incapable of stopping,” Trump said in a statement on Monday, according to The Hill. “He never fought for the White House and blew it for the Country. Too bad I backed him in Kentucky, he would have been primaried and lost!” Trump also had scathing words for Barr, who he called “spineless,” in the statement.