So often when it comes to social justice, movements are relegated to moments and the momentum that once swept the nation quickly becomes a thing of the past. With his latest book, This is The Fire: What I Say to My Friends About Racism, however, Don Lemon challenges the idea that we are somehow past the outrage and the activism that resulted from the death of George Floyd last year. In fact, the CNN anchor argues we are very much still in that window of opportunity to drastically change the narrative of our country going forward. But in order to do so, some tough conversations will need to be had.

As the subtitle of the book suggests, discourse, Lemon posits, is how we ensure there isn’t another Floyd or Breonna Taylor or Ahmaud Arbery. And that dialogue can take on many forms. In This is the Fire, inspired by James Baldwins’ The Fire Next Time, Lemon leads with storytelling to provide context for America’s relationship with Black people. Leaning into the age-old allyship question of “what can I do?”, Lemon demonstrates the importance of understanding how deeply threaded racism is into American society so that white and Black people alike can not only readily identify it but immediately call it out. That, he argues, is what must happen every single day in order for society to progress. 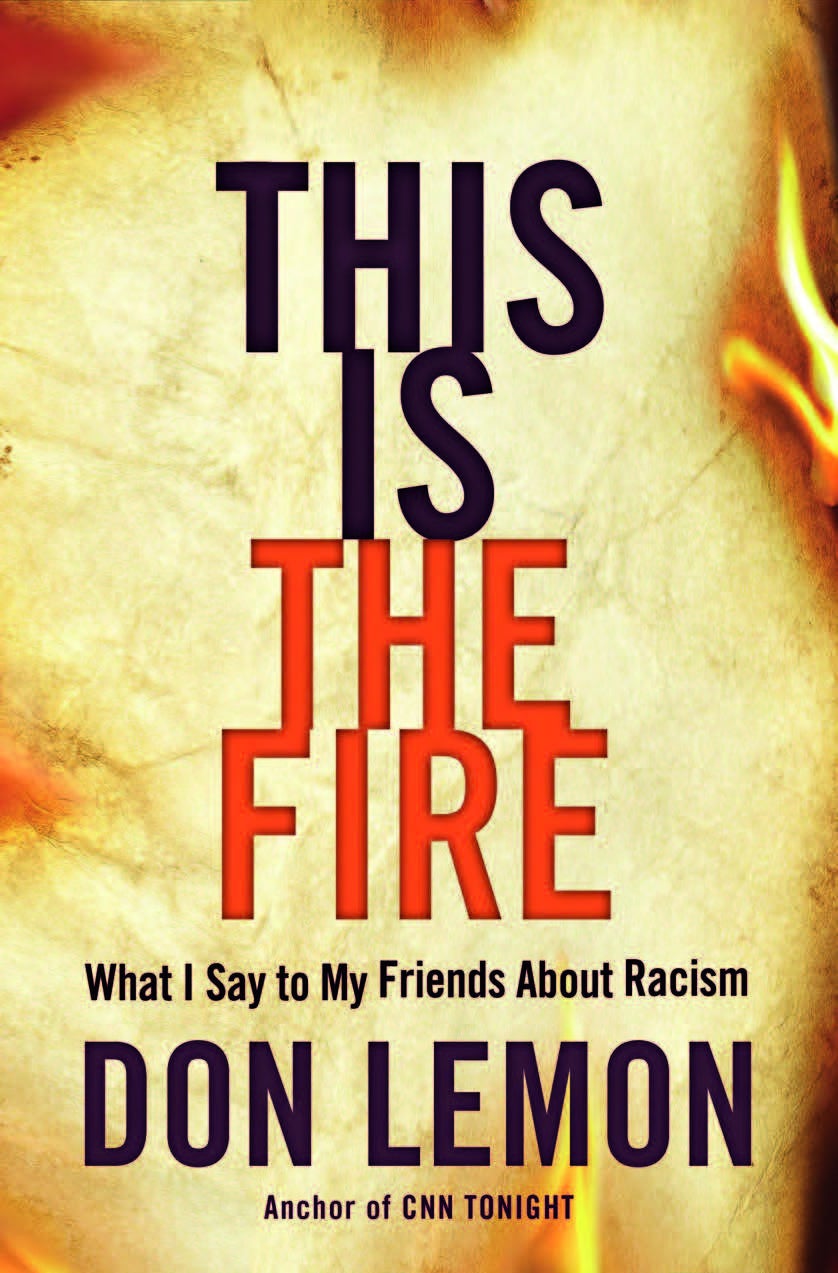 Here, Lemon talks to us about shaping the narratives in his book and how we ensure this fire is the last one we have to put out.

You’ve mentioned that this book was inspired by some of your reporting last year. Was there was a single moment or a single event where you said, “Okay, I have a book here, there’s something I have to say, and I want to put it in book form?”

DON LEMON: Brande, I’ve been wanting to write this book for a long time, but the time wasn’t right. I didn’t feel like it was the moment yet. And then, the Charlotte thing happened and then Mark Arbery happened, and then Breonna Taylor, and then George Floyd. And finally, I just had to… It just sort of poured out of me during George Floyd. I’ve had this book in my heart for a long time. And then people started calling me and texting me and tweeting me, just reaching out to me, stopping me. Whenever I went to the grocery store or whatever, they would say, “What do I say? I don’t know what to do. I feel like I’ve let down my friends of color. I don’t have the language to talk to my children, to my family.”

They were just asking so many questions. And I said, “You know what, I’m just going to put this in a book, and I’ll put it out there” because people were tuned in, watching every single night. And how could you not be affected by what happened with George Floyd? And I just thought that it was, that was the right time. And the book just kind of poured out within just a couple of months.

It’s clear that you really are talking to two distinct audiences. Did you have a set person or group of people that you wanted to speak to with this book?

LEMON: In the book I write about everyone. I speak to Black people — I like the term Black. I speak to Black people and I speak to white people as well. But I’m speaking from my perspective as a Black man in America. And so I’m speaking to my people, but mostly I’m speaking to white people because those are the folks who really have to make the change and understand what systemic racism does to people of color. What implicit bias is, and just not knowing sometimes that you have bias, biases and that you’ve had tendencies that are — I don’t want to say racist — but maybe racist, that you as a person, as a whole person may not be racist, but some of your actions and your attitudes maybe. And so the whole of the person may not be racist, but then America sort of trains you to have certain biases towards certain people.

I love that as you set up the book, you call the stories “American Parables” because so often Black experiences aren’t seen as American stories. Can you talk about the importance of framing things that way?

LEMON: Well, I think the story of Black people in this country and people who came over from Africa, the people who are descendants of slaves, the people who came out of Jim Crow and the civil rights movement, our story is just as American as anyone else and should be included in the American story and in American history. And many times we are whitewashed from that. And so you’re not telling the reason I framed it that way, is you’re not telling the true history of America, unless you tell the history of African-Americans in this country. We just cannot. The people who helped to build this country and didn’t get paid for. People who helped to build this country didn’t get paid for it, went off to war and fought for this country for freedom and liberty, and didn’t gain the respect. And still in many ways, don’t have the respect of their fellow Americans. So you cannot tell the story of America without telling all of our stories. And that includes African-Americans. 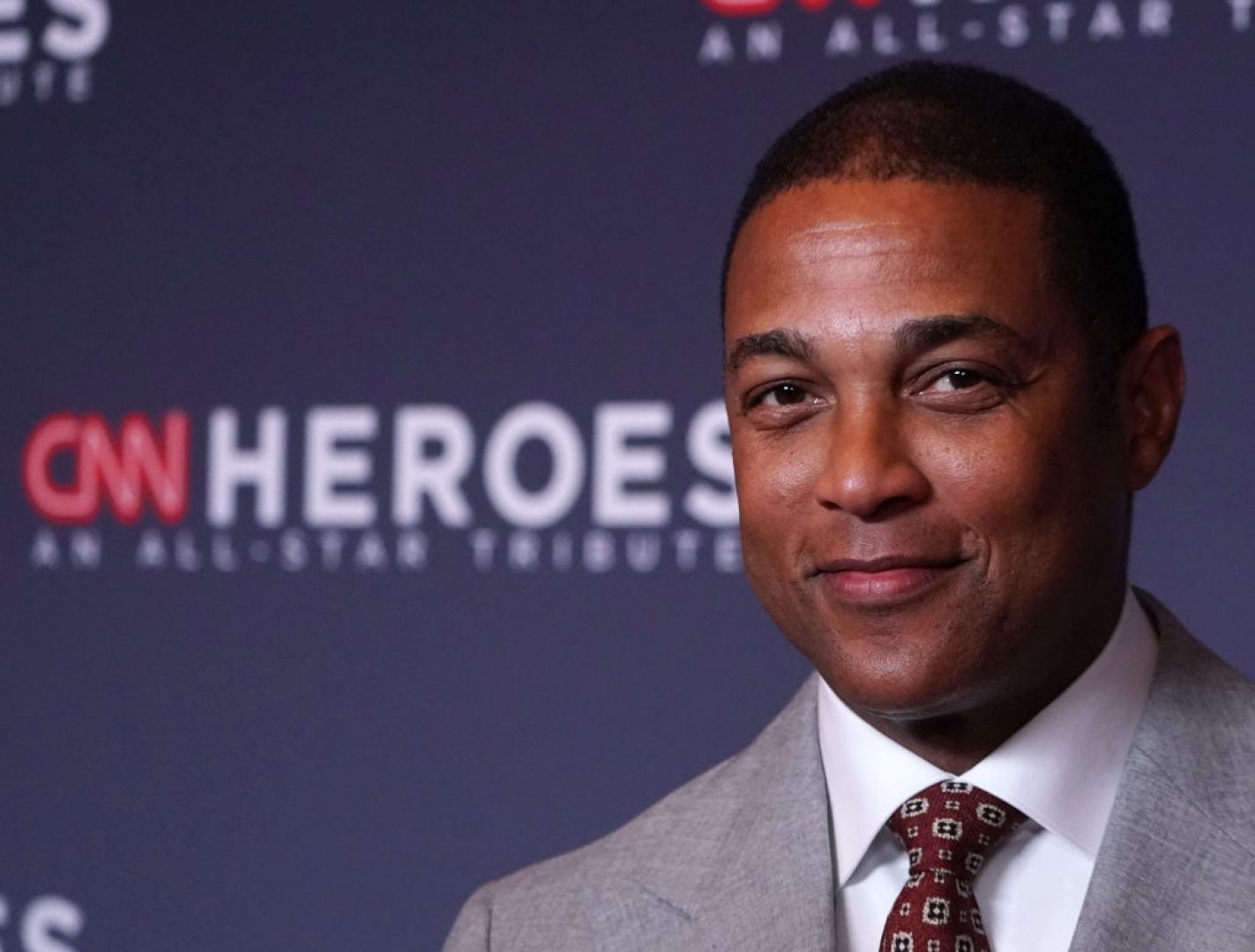 In thinking about, as you say, “This is the Fire” right now, we talk a lot about complacency, and not letting the spark die down. But it seems in our rush to get back to normal, we’ve kind of missed the opportunity throughout the pandemic to reset on a lot of things, including social and racial injustice. How do you think we can recenter compassion, solidarity, vision, like you talk about in the final chapter of the book?

LEMON: We have to look at history as a whole, look at the whole arc of history, and you look at slavery, and then you look at Jim Crow and you look at the civil rights movement. We look at them while reading a book, and we think it was one singular event. It’s not, it takes time. So I do think that George Floyd, the events of the summer, the late spring, and early summer of 2020, I do think that it was pivotal to the country, not only for race relations but for humanity.  I think it actually put us in touch with our humanity. People were vulnerable, they were sitting in their homes, they were watching television, and they actually watched someone die on their screen. And so I think that now that we have people’s hearts, then I think we still do have people’s attention.

I think it’s incumbent upon people to do what they can in their own lives, to keep it present in front and center. And this book is how I’m keeping it present front and center. So I hope everyone picks up this book because I do believe that it will start a conversation that will open your heart. It will expand your mind, and it will give you the tools to begin to make a change. And I think that everyone has to do it in their own lives, with their own families, with their own co-workers, with their own acquaintances. Every time you see something that is wrong, or if someone does something that is either bigoted, racist, whatever, anti-Semitic, misogynistic, sexist, you must call it out in the moment and draw people’s attention to it, no matter how uncomfortable it makes you or the person that you’re bringing the awareness to.

As you go about life day-to-day, and even reporting on the news, what keeps you hopeful that this will be the last fight and we will move forward in a new direction.

LEMON: Well, all you have to do is look at the demographics of the country, and not in the not-so-distant future. White people will become the minority in this country. And so, just by force of sheer numbers, it has to change. And I think that if you look at what happened over the course of the last five years, our eyes were open, we see people for who they are.

I think that there is a power and awareness in that, that we would not have had, if we not had this president, the former president. And I think the way people voted in 2020, shows us that there are more people out there who are wanting to move forward with decency, compassion, and an awareness of all issues for marginalized people. And that includes women because I look at women as marginalized people as well, because men have the cache, and more agency, and more cachet in the society, and especially white men.