British journalist Tom Burgis was sued for libel this year by Kazakh-owned mining company ENRC. His book about the business, Kleptopia, alleges money laundering and corruption.

But ENRC did not just make a claim against Mr Burgis’s publisher HarperCollins in court. It targeted him personally–- a clear attempt to intimidate journalists who try to speak truth to power.

The case appears to be a classic Strategic Lawsuit Against Public Participation. So-called Slapps aim to suffocate free speech and stop the Press exposing corruption. Used by the super-rich to cover up murky dealings, they effectively threaten to sue critics into silence.

These baseless lawsuits pit ordinary people against the financial firepower of oligarchs and kleptocrats. They wear authors down by wasting their time and harassing them with eye-watering legal bills. It’s a growing problem. There were 14 Slapps last year – up from two in 2020. Even that is the tip of the iceberg. Most cases never make it to court because authors often back down under a barrage of aggressive legal letters. 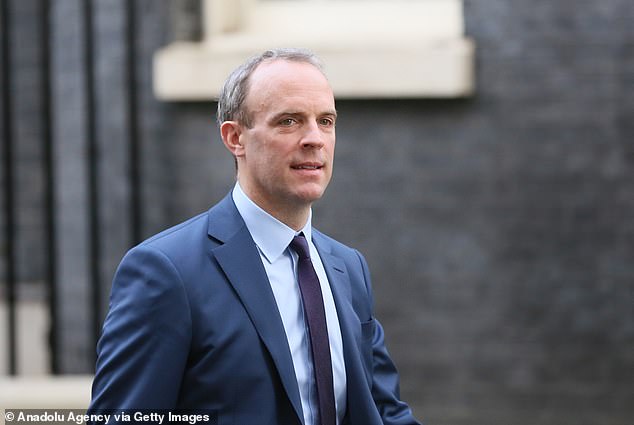 Many retract stories in fear of financial ruin. In March, I launched a call for evidence so victims of Slapps could speak out and share their experiences. It uncovered the chilling effect Slapps have on free speech.

We heard about authors deterred from pursuing critical stories and individuals and organisations increasingly seen as ‘no-go zones’ for scrutiny – their shadowy affairs hidden from the public. It is the corrupt kleptocrats who should fear the free Press, not the other way round.

We won’t let those bankrolling Russian leader Vladimir Putin exploit the UK’s legal jurisdiction to muzzle free speech. So today I’m announcing action to stop Slapps in their tracks. We will empower our courts to strike out Slapps at the earliest opportunity. Courts will judge whether claims are in the public interest or a clear abuse of process – and if cases have a realistic chance of success. Cases that don’t meet that test will be thrown out. British journalist Tom Burgis outside of the Royal Courts of Justice in London after a high court judge dismissed a libel claim against him over his book, Kleptopia: How Dirty Money is Conquering the World on March 2, 2022

This will allow genuine claims to continue, but deter those who just ramp up costs to cause maximum personal distress.

Next, we’ll cap court costs for Slapps cases to level the playing field between wealthy claimants with deep pockets and expensive lawyers, and journalists, writers and free speech campaigners.

As war rages in Ukraine, investigative journalism that lifts the lid on Russia’s atrocities is more important than ever.

This action to stamp out Slapps will uphold freedom of speech, end abuse of our justice system and defend those who shine a light on corruption. Our message to Putin’s cronies with dirty money lining their pockets and blood on their hands is simple – we won’t let you hide in the shadows any longer.

Courts are to be given new powers to stop cronies of Russian leader Vladimir Putin ‘with dirty money lining their pockets’ silencing the Press.

Justice Secretary Dominic Raab will set out a range of reforms today to stop libel and privacy laws being used to muzzle journalists trying to expose suspicious activities by the mega-rich and elites linked to Putin.

He told the Daily Mail: ‘Our message to Putin’s cronies with dirty money lining their pockets and blood on their hands is simple – we won’t let you hide in the shadows any longer.’

Under the plans, courts will be able to throw out baseless claims from bullying Russian oligarchs more quickly and there will be a cap on costs to prevent expensive litigation being used ‘as a weapon to silence critics’.

It comes after a disturbing rise in the use of ‘Slapps’ – Strategic Lawsuits Against Public Participation – where the wealthy launch baseless lengthy legal procedures to silence journalists, authors, campaigners and watchdogs. Publishers can feel intimidated by ‘eye-watering’ legal bills running into millions of pounds and are forced to retract revelations about ‘murky dealings’ for fear of financial ruin – even though they are true.

But in a victory for freedom of speech, Mr Raab plans to empower courts to strike out malicious lawsuits by requiring judges to consider whether claims are in the public interest – for example if a journalist is investigating financial misconduct. Judges will then check if there is abuse of process and if the case has merit. Costs will be capped to protect journalists from being ‘sued into silence’.