Salon A La Mode owner Shelley Luther on footage of Nancy Pelosi at a San Francisco hair salon without wearing a mask and the decision to run for Texas State Senate.

House Speaker Nancy Pelosi has been catching some backlash for being caught on camera in a San Francisco salon without a mask on.

Dallas salon owner Shelley Luther, who at the beginning of the coronavirus pandemic was arrested and jailed for reopening her salon against state regulation, told FOX Business’ Stuart Varney that Pelosi’s decision to go mask-less is “blatant hypocrisy.”

“I don't know how long America's going to let this blatant hypocrisy just slap them in the face,” she said. “This woman thinks she's above everyone and then tries to tell people she didn't know that she was breaking the rules. She thinks we're stupid or something. It’s ridiculous.”

Pelosi’s spokesman Drew Hammill responded to the video saying that the salon allowed for one customer to be present at a time and that the speaker was complying with salon rules. 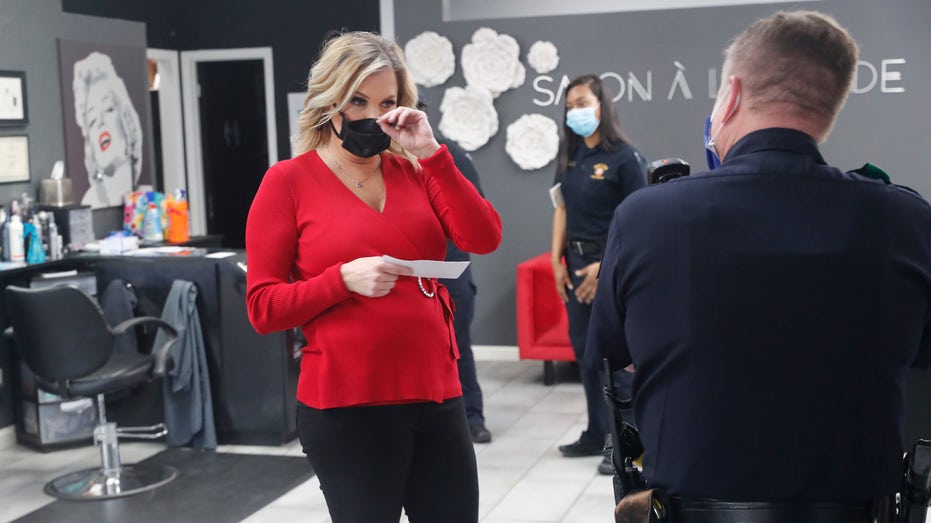 Salon owner Shelley Luther holds a citation and speaks with a Dallas police officer after she was cited for reopening her Salon A la Mode in Dallas, Friday, April 24, 2020. (AP Photo/LM Otero)

Since her run-in with the law, Luther said the public has been contacting her with encouragement to continue to push for changes, which has led her to consider running for Texas Senate.

“Ever since I got out of jail, people have been contacting me all over social media, handwritten letters, wanting me to do something about all of the horrible things that have been going on lately,” she said. “And I've been active ever since I was released from jail. And I feel like I'm doing the job already. I might as well step in and maybe get a title for it and make some things happen.”

Luther added that she’s “absolutely” a Trump supporter and thinks he’s “done amazing” with the economy and in reuniting America.