CRAIG BROWN: For dinner at Princess Anne’s, it’s pie and a choc ice

1 . Princess Anne turns 70 on August 15. She will celebrate this landmark birthday with a glass of barley water and a modest cake from the Mr Kipling range.

‘I can never see the point of candles,’ she says. ‘Why bother lighting them if you’re just going to blow them out?’

2. At her public school, Benenden, she won the gold medal for weightlifting.

3. Urged to select a motto for her family crest, she plumped for ‘Supellectilem et Ineptias’ (‘Stuff and Nonsense’). 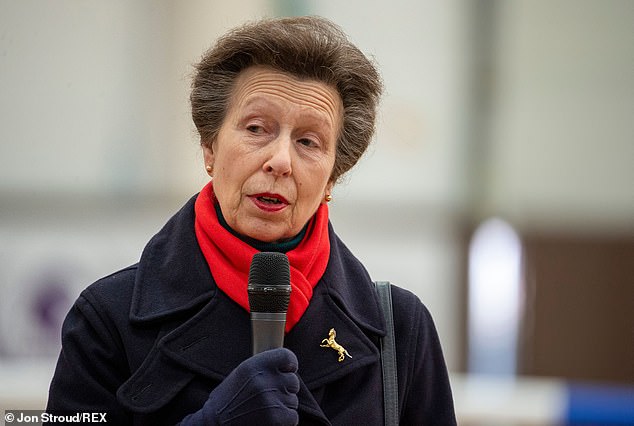 Princess Anne turns 70 on August 15. She will celebrate this landmark birthday with a glass of barley water and a modest cake from the Mr Kipling range

4. Her husband, Timothy Laurence, is seldom recognised. The only time he has ever been stopped in the street was when a passer-by mistook him for the weatherman on the local East Anglia TV show, Look East.

At family gatherings, the Duke of Edinburgh regularly mistakes him for the third footman.

5. Unlike her elder brother, the Prince of Wales, she eschews the high life. Her principle after-dinner entertainment is a ‘Billy Bass’ singing fish, bought for a bargain price at a local jumble sale 15 years ago.

‘Costs a fortune in batteries, but well worth it whenever you have a roomful of people to amuse,’ she says. 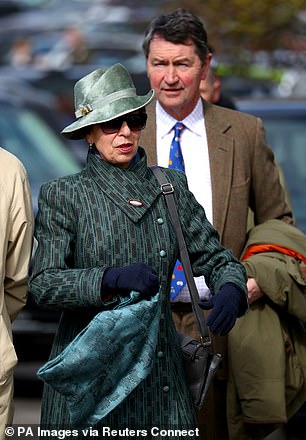 Her husband, Timothy Laurence, is seldom recognised. The only time he has ever been stopped in the street was when a passer-by mistook him for the weatherman on the local East Anglia TV show, Look East

Most of her friends are called Mike, which was why she was particularly delighted when her down-to-earth daughter Zara, named after the High Street fashion chain, married rugby player Mike Tindall.

7. The Princess serves her dinner guests pork pies or ‘anything by Fray Bentos’, along with boiled potatoes and either peas or green beans, whichever she can defrost quickest. She used to serve starters, too, but now regards them as a waste of time.

‘After all, one wants everyone out of the house by 9.15pm at the latest,’ she says. ‘For pudding, I pass them a choc ice to eat in the car.’

8. For the past 40 years, her hair has been locally styled. The chief quality she looks for is resilience.

‘Frankly, one can’t afford to see one’s hair go awry in a strong wind,’ she says. ‘So when my barber’s finished, I get her to throw a rubber ball at it, then point the hose at me, just to check it will keep its shape.’

9. She collects dustbin lids. If anyone from the younger generation sleeps beyond 7.30am, she has become accustomed to marching up and down the corridors, banging two lids together.

When they first met, Meghan asked her how she was feeling. ‘Frankly,’ said Anne, ‘I’ve had it up to here.’

Meghan smiled sympathetically, and told Anne to be kinder to herself, and treat herself like she would treat her best friend.

‘You are a child of the universe, Anne. And you have a right to be here. Say to yourself, each and every day, “I am alive in the universe. I am enough, just as I am.” 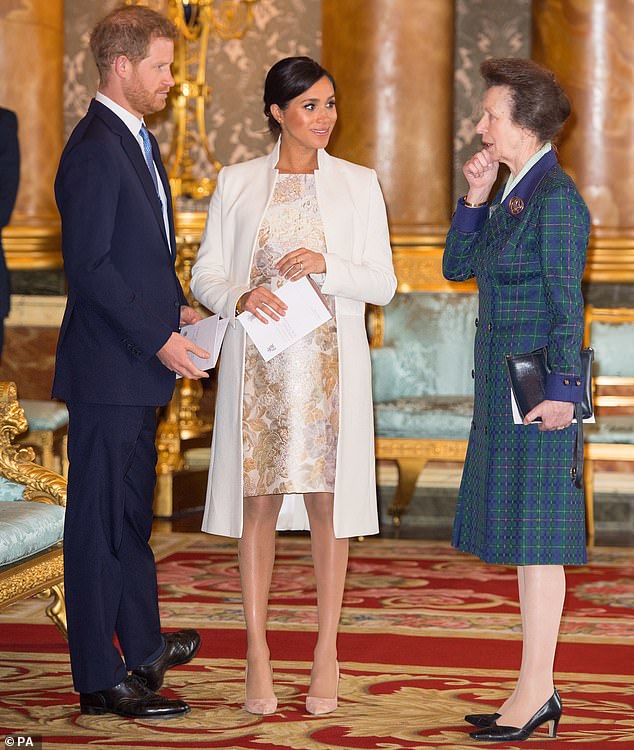 When they first met, Meghan asked her how she was feeling. ‘Frankly,’ said Anne, ‘I’ve had it up to here.’

Chase your dreams, Anne — and they will come true! Don’t let anyone try to tell you they won’t!’

By this time, Anne was tucking into a second pork rissole. ‘Frankly,’ she replied, ‘I’ve never heard such codswallop!’

‘Codswallop …’ said Meghan. ‘What a truly magical, magical word. It must mean so much to you.’

11. The Princess is always on the look-out for new ways of saving money. Last year, she was spotted at an investiture sporting a coronet constructed entirely out of old Quality Street wrappers.

12. Despite repeated requests, she refuses all offers to play Widow Twankey in pantomime. She finds pantomimes ‘far-fetched’.

She has little time for the character of Cinderella. ‘If you’re foolish enough to lose your shoe at a ball, then that’s your funeral,’ she once said.

She finds the Ugly Sisters far more congenial. Having been impressed when she went to see them in pantomime at the Pavilion Theatre, Southport, in 1978, she employed them as ladies-in-waiting, at a special out-of-season cut-price rate.