Rose is going to be a big sister! Scarlett Johansson and Colin Jost are expecting their first child together, Us Weekly can confirm.

The Saturday Night Live star, 39, revealed the news during a stand-up set in Ridgefield, Connecticut, on Sunday, August 15. “We’re having a baby,” he said during the show. “It’s exciting.”

The Marvel star, 36, sparked pregnancy rumors earlier this year after she was absent from all in-person Black Widow press events ahead of the film’s July release. Her virtual interviews were all close-ups, hiding everything below her shoulders. 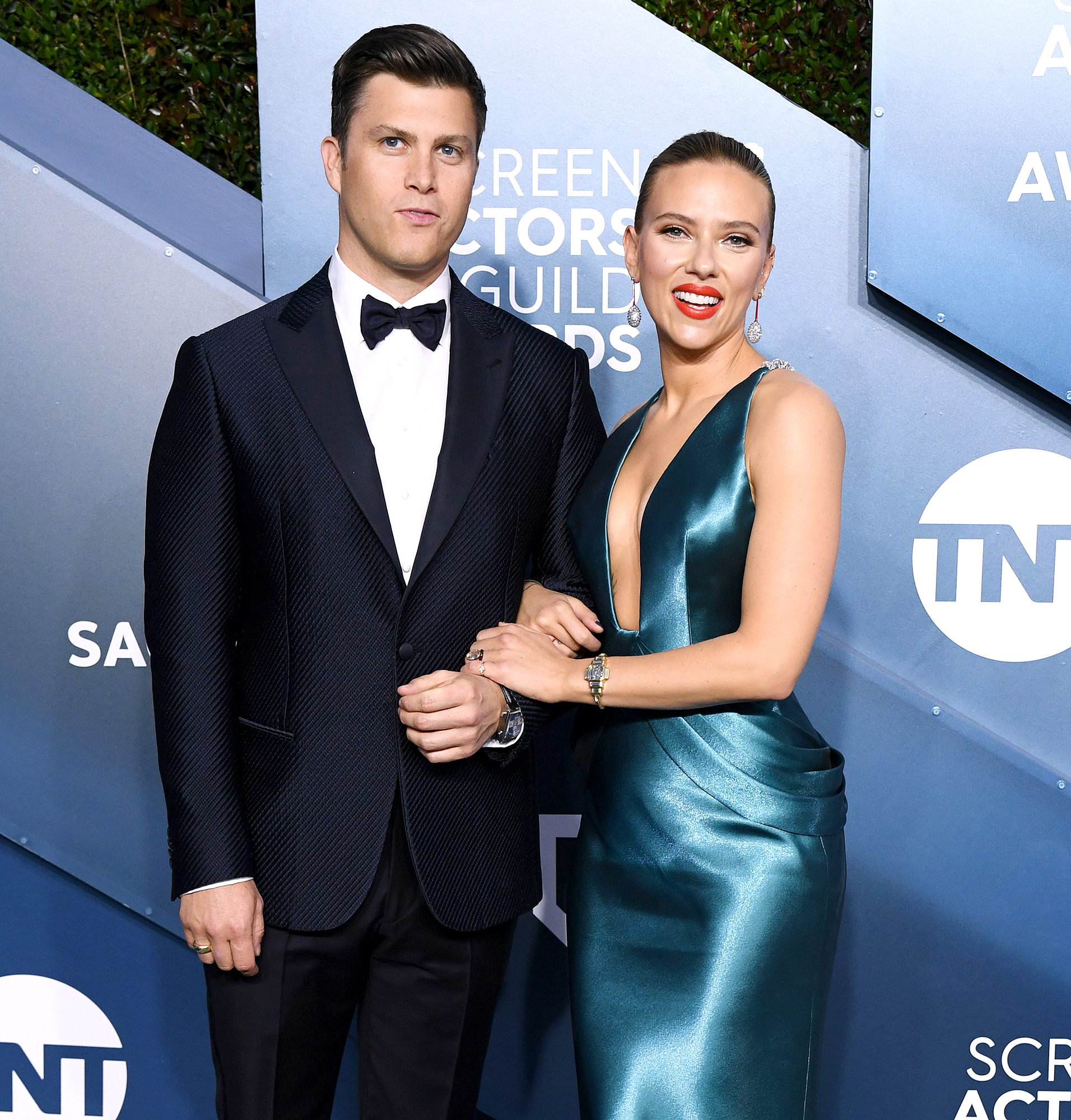 The actress welcomed her daughter, Rose, now 6, in 2014 with her now-ex-husband Romain Dauriac. She described the birth to W magazine the following year, saying, “When she came out of me, I was so surprised. I had a very strong picture in my mind of what my baby would look like, and, of course, she is completely different. Perfect, but not what I’d imagined.”

The Tony winner, who was previously married to Ryan Reynolds from 2008 to 2011, split from the French journalist, 39, in 2017 after five years together. She went on to date Jost and got engaged to the “Weekend Update” cohost in May.

“He killed it,” the Marriage Story star told Ellen DeGeneres of the New York native’s proposal five months later. “He did, like, a whole James Bond situation. He’s got a lot behind that news desk. He’s very charming and very thoughtful and romantic. I was surprised. Even if you kind of imagine what that moment is going to be like, it’s still a beautiful moment.”

Johansson went on to say, “It was very special. I think more than anything when someone tells you they want to share the rest of their life with you, that is just is a lovely, special thing.”

As for Rose, the little one is all about the SNL writer. “Colin is a great father figure for Rose,” a source told Us Weekly exclusively in November. “He loves playing with her and she is obsessed with him.”

Kenan Thompson joked to Us that same month that he had the best idea for a wedding present that the SNL cast could gift Jost and Johansson — perfect for their expanding family!

“I think a Range Rover,” the All That alum, 43, said in November. “I think we’re all chipping in on a Range Rover. They need that for the kiddies coming. [It’s] nice, roomy.”